Cooperation with Vietnam. Money and politics

August 20 2013
29
Over the past years, exports of Russian weapons and military equipment have been constantly growing. Different countries regularly choose Russian military products and enter into multimillion-dollar contracts. Especially pleasant is the fact that the list of buyers is constantly updated with new states that have not previously bought weapon and equipment from Russia. However, it should be noted that the number of such countries and the volume of their contracts are relatively small. The main revenues of the Russian defense industry are associated with several countries that regularly procure Russian armaments and equipment. For example, India and China, according to the Stockholm Peace Research Institute (SIPRI), over the past ten years (from 2002 to 2012 a year) have acquired Russian weapons and equipment worth over 21 and 19 billion US dollars, respectively.


Fifth place in terms of purchases of Russian weapons in the same period ranked Vietnam. In recent years, this country has been actively re-equipping its army, and at the same time it prefers Russian armaments and equipment. Over the past ten years, the Vietnamese military have concluded several contracts with Russian manufacturers with a total volume of 2687 million dollars. The financially most interesting year was 2011, during which Vietnam ordered Russian equipment for 1,3 billion dollars. Despite the volatility of financial performance for a given year (for example, in 2007, the cost of Russian-Vietnamese contracts amounted to only two million dollars), military-technical cooperation between Russia and Vietnam continues and, according to Vietnamese military leaders, will not stop in the future . 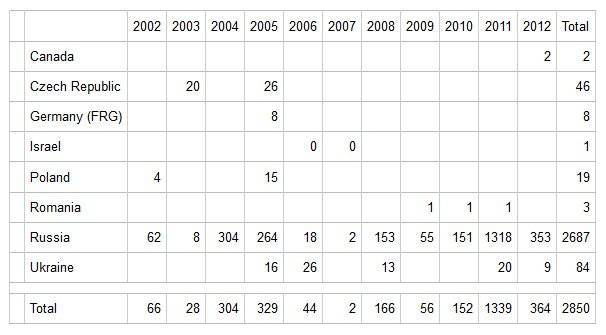 Distribution of supplies to Vietnam for producing countries. SIPRI data

Distribution of supplies to Vietnam according to the classes of weapons and equipment. SIPRI data

Considering the detailed information on the procurement of weapons and military equipment by Vietnam, it is easy to see how successful Russian products are. The second place in terms of supplies to Vietnam over the past ten years has been Ukraine, which has sold weapons and equipment to 84 million dollars. For comparison, it is worthwhile to cite the general indicators of all countries that supply weapons to Vietnam, with the exception of Russia. For ten years, Germany, Israel, Canada, Poland, Romania, Ukraine and the Czech Republic sold Vietnam only military products for 163 million. Such a difference in the volume of contracts clearly shows the technical, economic and political views of the Vietnamese military leadership.

One of the most profitable for Russia cooperation articles with Vietnam is the supply of combat aircraft. The first contract, in accordance with which the Russian defense industry handed over five aircraft Su-27SK and Su-27UBK to the Vietnamese military, was signed back in the year 1994 and executed over the next two years. At the end of the first contract, at the end of 1996, another one was concluded, implying the delivery of six more aircraft of the same models. Over the past ten years, Vietnam has ordered multi-role fighters from Russia three times. So, in 2003, he acquired four Su-30MK2В aircraft, and in 2008 and 2010, he increased the number of such fighters by 8 and 12 units, respectively. 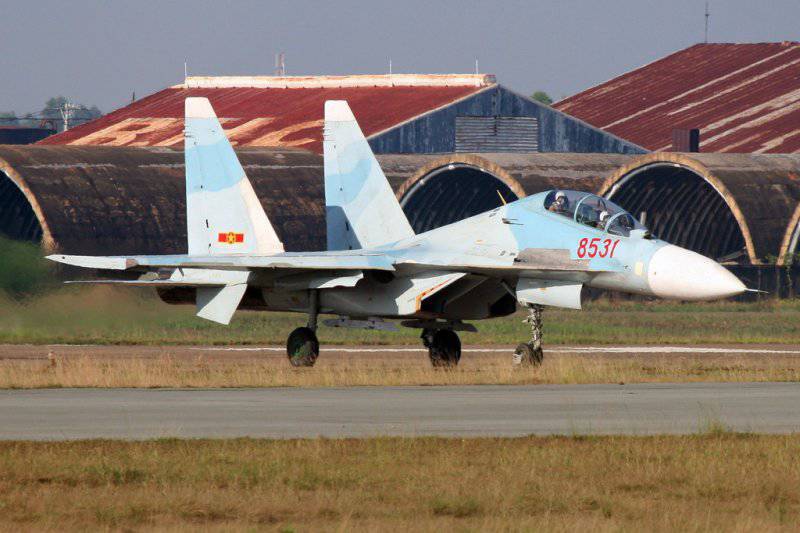 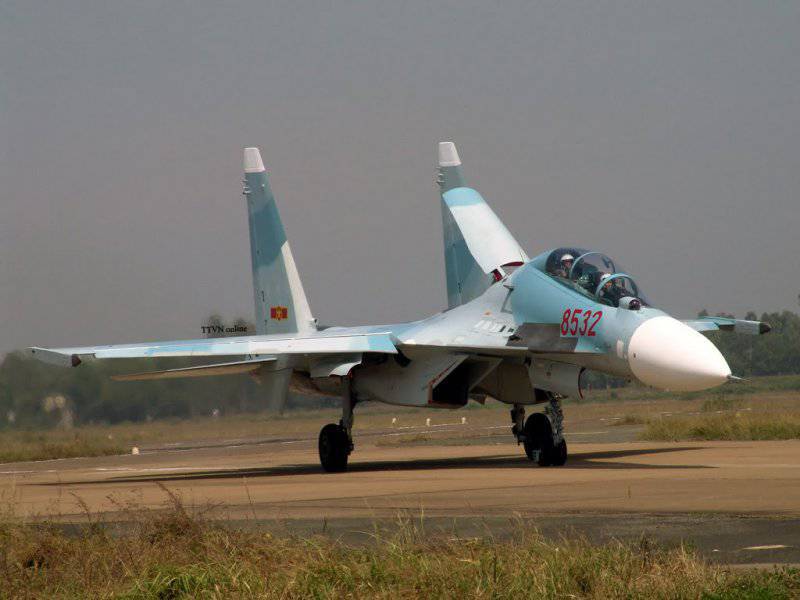 In the very near future, another contract may be signed for the supply of aircraft to Vietnam. Currently, Russia and China are negotiating the sale of X-NUMX Su-24 fighters, and such a deal could have a corresponding effect on the military-political situation in Southeast Asia. Following China, Vietnam will also have to upgrade its air force to maintain an acceptable balance of power. Therefore, soon after the signing of the Russian-Chinese contract, a similar agreement with Vietnam may appear.

The second important area of ​​military-technical cooperation between Russia and Vietnam is the surface and submarine fleet. Prior to 2016, Russia will build and transfer to the Vietnamese naval sailors six diesel-electric submarines of the 636.1 Varshavyanka project. Two of these submarines are currently being tested, the third will be launched shortly. 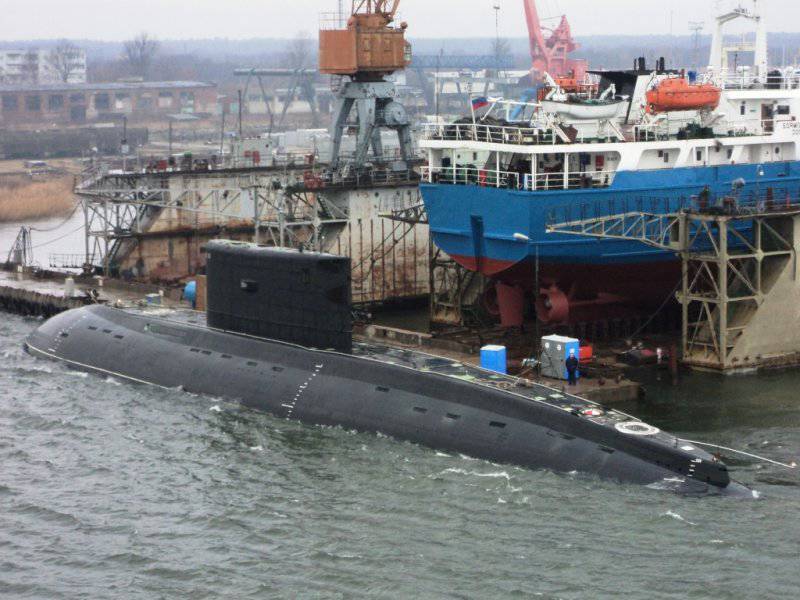 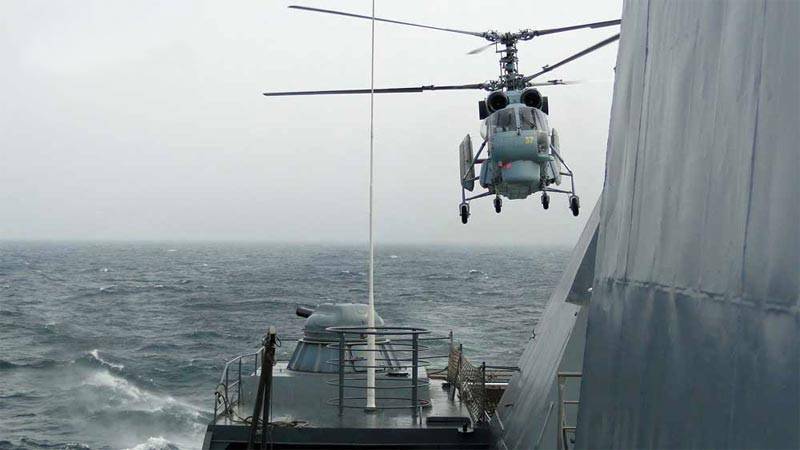 In 2011, two patrol ships of the 11661 “Cheetah” project built in Russia were accepted into the Vietnamese Navy. At the end of the same year, the Vietnamese military signed a new contract, according to which two more ships of this type will be handed over to 2016 and 2017. The construction of new guard will begin in the coming months.

Earlier, in 2007, Vietnam received the first two missile boats of Project 12418 Lightning. Subsequently, an agreement was signed, according to which the construction of these boats is carried out at Vietnamese enterprises. Construction is under the supervision of Russian organizations that developed the project and built boats on it. At the end of the current 2013, it is planned to transfer the fleet The first boat built by Vietnam on its own. Currently, the command of the naval forces of the Asian state intends to bring the number of boats of the project 12418 to ten. In the future, it is possible to conclude new contracts.

Cooperation in the field of technology for the naval forces is not limited to ships, submarines and boats. Over the coming months, an integrated simulator for training submarine crews will be commissioned in Vietnam. This complex was manufactured by NPO Aurora and is intended for training crews for Russian-made submarines to be supplied to Vietnam. In addition to the simulator for the submarine crews, the Vietnamese Navy will receive two similar complexes designed for training the crews of the Gepard patrol boats and the Molniya missile boats.

The volume of Vietnamese investments in recent years in defense directly indicates that the official Hanoi has good reasons for such an economic policy. Perhaps the main motive for strengthening the army is the difficult situation around several islands of the South China Sea. These land areas are subject to territorial disputes between Vietnam, China and the Philippines. In addition, a difficult situation is observed with respect to some sections of the continental plume, which, it is claimed, may have large mineral reserves. In this case, Brunei, Malaysia, Taiwan and other states of Southeast Asia can join the disputes over the territories.

Thus, in the near future, the issue of mining in the region may turn into, at a minimum, diplomatic disputes. In this case, the development of the armed forces is an additional argument that supports the position of a country. If the disputes around the shelf and the islands really bring the situation to an armed conflict or open preconditions to it, a powerful army of any of the states can force opponents to return to the negotiating table. Asian countries understand this and are actively developing their armed forces. The SIPRI information speaks most clearly about the pace of such development. According to Stockholm analysts, over the five years from 2008 to 2012, the volume of purchases of weapons and military equipment by the states of Southeast Asia increased by almost 170 percent compared to 2003-2007 over the years.

Increasing the defense expenses of Asian states is in a certain sense useful for Russia. A lot of countries in this region are purchasing Russian military products, and in the light of the constant increase in costs, such cooperation is becoming more profitable every year. For example, the Vietnamese commanders in recent years have repeatedly talked about strengthening and developing military-technical cooperation with Russia. The result of these statements at the present time are several long-term contracts, according to which the Vietnamese military will receive new weapons and equipment of various classes in the coming years.

Despite the relatively small volume of contracts (especially in comparison with India and China), Vietnam is an important partner of Russia in military-technical cooperation. If current trends continue, the Vietnamese armed forces will be able to increase the pace of purchases of Russian weapons and military equipment. At the same time, Vietnam is unlikely to look for new sellers. This assumption is supported by his extensive experience of cooperation with our country, as well as the modern composition of the fleet of vehicles of the army, navy and air force. As a result, cooperating with Vietnam, Russia receives both economic benefits and a reliable ally in Southeast Asia.