Russia is simply doomed to an alliance with Kazakhstan 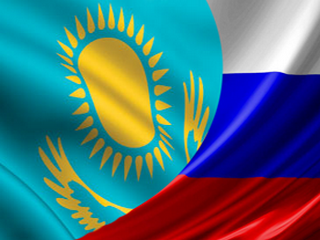 The integration processes occurring in the post-Soviet space, especially the Eurasian Union emerging before our eyes - all this perfectly illustrates the desire of our countries for mutual integration. We have to complete what was started in previous years, that is, in essence, make an irreversible breakthrough in rapprochement between states, in approaching the moment when we can talk about the real creation of the Eurasian Union, which Nursultan Nazarbayev said prophetically back in 1994 m year Fortunately, this idea is becoming more and more popular in the Russian leadership.


We will also continue to make all possible efforts to implement this great idea, making our own contribution to the integration of our countries, which will help all of us to understand each other better at the public level, help establish a normal dialogue, as well as identify possible mutual misunderstandings and terminological inconsistency.

The problems that face our countries today belong to a common “family of challenges”:

Our Presidents, in a sense, have the same situation: both Vladimir Putin and Nursultan Nazarbayev are popular in their homeland democratic rulers who are concerned about the long-term stability in their countries, and at the same time, the rapprochement between all the states of the former Soviet Union .

It is very important to note here that the personal relationship between Vladimir Putin and Nursultan Nazarbayev is, perhaps, the best.

In other words, it is becoming more and more obvious that both Putin and Nazarbayev are taking Eurasian positions and are following the Eurasian course. It is impossible to follow this course alone, since it is about the rapprochement between different countries, peoples, cultures, economies, social systems. These processes are different in Kazakhstan and Kazakhstan, but their general rhythm and general character are very similar.

Therefore, it is becoming more and more obvious that the key to stable development of both Russia and Kazakhstan is only the continuation of the Eurasian policy by our countries. And here it is impossible not to note the special role of President Nazarbayev, and the efforts that Nursultan Abishevich undertakes on the new integration of the Eurasian space and on giving the whole CIS a completely new meaning.

It should be emphasized that now the Russian-Kazakh relations, and the relations between our presidents on a personal level, as well as their unanimity in restructuring the post-Soviet space are the key to political stability of all CIS countries. Russia has the economic, political, strategic, diplomatic, social and cultural potential that is able to support President Nazarbayev himself in domestic politics. In particular, the rapprochement of Kazakhstan with Russia turns the factor of the Russian population, which in other circumstances could even be a destabilizing force, into a factor that will serve to strengthen Nazarbayev’s position in the domestic political sphere. The rapprochement of Kazakhstan with Russia deliberately provides Nazarbayev with the support of the entire Russian population.

At the same time, if Russia's common economic projects are implemented, if Russia fully and completely, as it is doing now, realizes the need for a strategic partnership with Kazakhstan, even at the cost of some concessions on tariff policy, on customs issues, Russia will acquire Kazakhstan is such a reliable strategic partner, which has no equal in the post-Soviet space.

Therefore, it seems to me that Russia is simply doomed to an alliance with Kazakhstan, and the political future of both the President of Kazakhstan and the President of Russia throughout this time will be connected precisely with the success of the realization of political integration between our states.

Ctrl Enter
Noticed oshЫbku Highlight text and press. Ctrl + Enter
We are
Nursultan Nazarbayev: to win independence - does not mean to preserve itAstana should become the capital of the Eurasian Union: Nazarbayev’s reply to Putin
233 comments
Information
Dear reader, to leave comments on the publication, you must to register.