“A cultural element is layered on the Russian population” 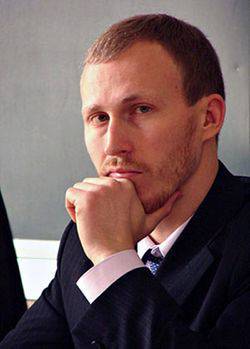 The other day, the Federal State Statistics Service (Rosstat) “pleased” the public with a demographic report for the first half of the year. As expected, the major intonations were replaced by a statement of demographic tragedy. At the same time, in many media outlets, for some reason, it was emphasized that the population in Russia continues to increase. According to state statistics, in January - May 2013, the number of Russian population increased by 41 thousand people.


However, do not rush to rejoice. This increase is artificial or, as demographers say, is an artifact. How can the population grow numerically, when, according to data from the same Rosstat, over the past six months, the death rate exceeded the birth rate by almost 60 thousand?

The explanation of the “demographic growth” lies in the impact of an external factor, which has long been one of the defining changes in population dynamics. As you probably guessed, we are talking about migration. And if more precisely - about immigration. The latter, in the first half of the year, fully compensated for the depopulation of the population and even created the illusion of its reproduction.

In our opinion, the mere fact that migration exceeded demographic losses by 68,8% is more depressing than encouraging. In fact, we were informed that instead of the natural increase among the indigenous people, we had the replacement of one population by another. In other words, the passionary mono-cultural element overlaps the demographically ill Russian population, which inevitably entails a number of not the kindest consequences.

As for the indigenous people, their modest fertility rates began to decline quite predictably. In the future, it will be extremely difficult for officials of relevant departments to broadcast about “demographic successes”. Reproductive crisis acquires the effect of "snowball".

Even in comparison with a modest birth rate for the same interval last year, the current values ​​look more alarming. In the first half of the year, 2013 was born on almost 1000 children less than in the first half of 2012. In the country as a whole, the number of deaths exceeded the number of newborns by 7,5%. However, the abstract average Russian indicator reflects only the “average temperature in the hospital”, hiding the motley drama of the Russian regions. Thus, in the Central Federal District, the death rate exceeds the birth rate by 24,5%, in the North-West - by 17%, in the South - by 15,5%, in the Volga Region - by 12,5%. In some areas, the number of deaths is almost twice the number of births. Such regions include, for example, the Tula and Pskov regions, in which birth certificates are issued for 47% less often than death certificates.

A diametrically opposite demographic picture is observed in the North Caucasus and in several regions of Siberia. For entrepreneurs, there is potentially a greater chance of making money on children's products than funeral services. Unconditional demographic leaders are Ingushetia and Chechnya, where the number of births exceeds the number of deaths in 5,6 and 4,5 times, respectively. They are followed by Dagestan, in which over the past six months the difference in the numbers of newborns and deceased has been tripled in favor of infants. Not bad indicators were again recorded in the republics of Tyva, Altai and Buryatia, in which there were more births than deaths by 57%, 41% and 27%, respectively.

As can be seen from the above figures, thanks to some national republics, the demographic crisis in the Russian Federation is still in a somewhat relaxed form. It is worth noting that it was these demographically prosperous regions that responded to the “maternal capital”. Generous state payments, basically, “stimulated” only that part of the population, which was distinguished by high reproductive attitudes before that. In other regions with a predominant share of the Slavic population, material measures either did not affect the childbearing plans of citizens, or showed a rather modest effect.

Finally, it is worth adding a few words about what was most ignored by functionaries of Rosstat and the media community. If it was written quite enough about migration, mortality and the “increase” of the population, for some reason, once again they were silent about such fundamental demographic processes as marriage and divorce. We fill this information gap.

So, as of June 1, 2013 thousand of marriage unions and 335,4 thousand divorces were registered in Russia in 267,4. The marriage to divorce ratio was 10: 8. It is hardly worth stuttering about demographic stabilization, when 80% of marriages breaks down in the country.

Ctrl Enter
Noticed oshЫbku Highlight text and press. Ctrl + Enter
We are
Missed chapter "Strategy-2020"
62 comments
Information
Dear reader, to leave comments on the publication, you must to register.