August 19 2013
40
A photo of Russianplanes.net published on August 16, 2013 a photo of a new aircraft arriving at the airfield of OJSC MM Gromov Flight Research Institute in Zhukovsky near Moscow, board number “30 black”, built for the Russian Air Force by Irkutsk aviation plant of OJSC "Corporation" Irkut ".


This aircraft is the fourth Su-30CM built in Irkutsk under a contract of March 2012 of the year with the Russian Ministry of Defense for the supply of 30 fighters Su-30СМ before the 2015 of the year, and the second aircraft of this type built in 2013 of the year. The first two Su-30CM fighters built by the Irkutsk Aviation Plant under this contract (the airborne numbers "01" and "02") were handed over to the Russian Air Force 22 November 2012. In May, the third Su-2013CM under this contract was demonstrated in Akhtubinsk, the first built in the 30 year (the aircraft with the tail number "2013 is black"). In total, under two contracts with Irkut Corporation, the Ministry of Defense has so far ordered a total of 54 Su-60CM airplanes, of which 30 units are expected to be delivered in 2013 year. 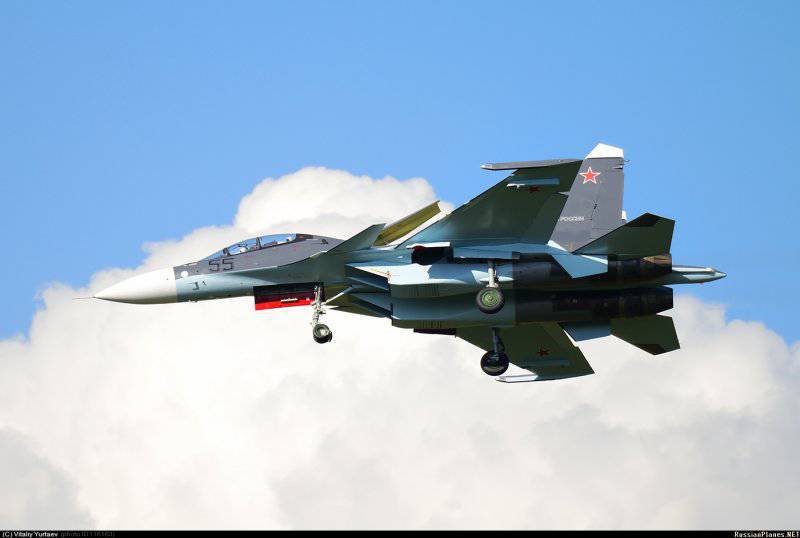 Ctrl Enter
Noticed oshЫbku Highlight text and press. Ctrl + Enter
We are
Su-30M arrived in Kazakhstan!Another Su-30CM
40 comments
Information
Dear reader, to leave comments on the publication, you must to register.