August 19 2013
3
Following the message that a NATO transit point might appear in Ulyanovsk, a stormy discussion of this topic began in Russia. However last news of Ulyanovsk they say that the transshipment point, which was positioned as a point of transportation of so-called non-lethal goods, in this city did not work as fully. The Americans decided to use other routes for non-lethal and lethal cargoes. 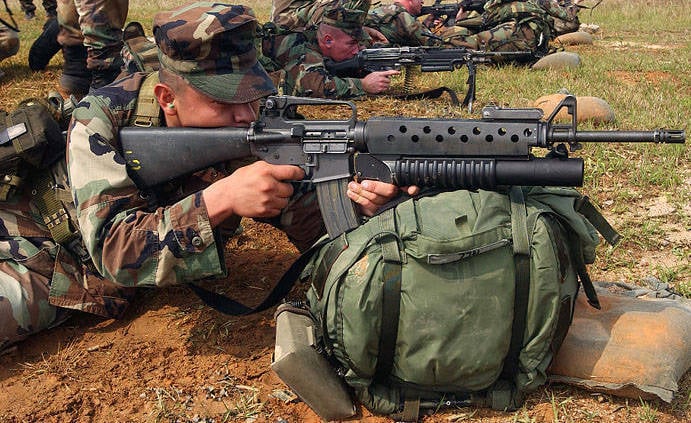 Today, small batches from Afghanistan are being shipped weaponat the same time, on a considerable scale, the United States plans to leave it on the territory of Afghanistan. One of the weapons that the US is going to hand over to the Afghan army is the M203 grenade launchers.

Queues and accessories
The M203 grenade launcher has a number of accessories, including a laser sight. The grenade launcher can shoot a total of ten different bursts. Different queues contain explosives to kill groups of enemy fighters, the white star of the cluster is used to illuminate battles and enemy targets, and a spongy grenade, which is not lethal, is used to control the crowd.
Ctrl Enter
Noticed oshЫbku Highlight text and press. Ctrl + Enter
We are
Tromix Siamese M16 Experimental Rifle (USA)M16 is a popular assault rifle and global brand.
Military Reviewin Yandex News
Military Reviewin Google News
3 comments
Information
Dear reader, to leave comments on the publication, you must to register.