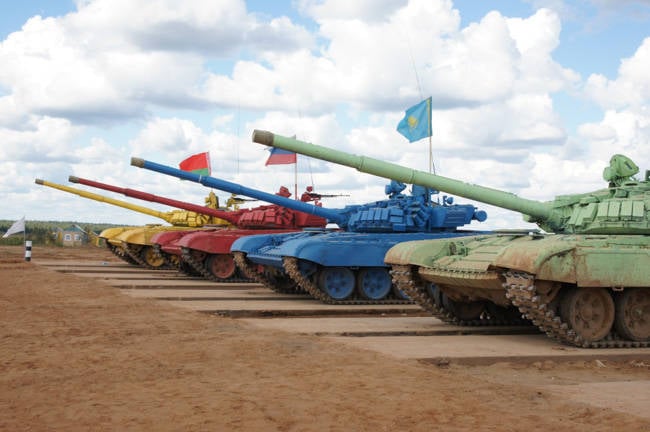 The past week was marked by the emergence of a new sport. While not Olympic - but how to know what awaits him in a few years.


From 14 to 17 in August in Alabina near Moscow, tank biathlon competitions were held at the training ground known to a wide audience thanks to rehearsals for Victory Day parades there. First Russian, and immediately after - international, in which participated crews from Russia, Belarus, Armenia and Kazakhstan.

It’s hard to say who the first thought occurred to make Tanks move the distance for a while and fire at targets for the number of hits. It is believed that the author of the idea is the new Minister of Defense Sergey Shoigu. It is possible that this is so, given the Minister’s desire to make the image of the Russian army more attractive and open.

In the first days of the competition on the improvised biathlon track, the tanks of the Russian military districts met in a fight. On the seventeenth of August, the competitions were already international in nature and were held with a huge gathering of guests, including the top Russian military leadership headed by Sergei Shoigu himself and numerous military attaches of foreign countries, from the USA and Great Britain to Zimbabwe.

Before telling what was happening these days in Alabin, it is necessary to clarify the rules of the competition. They are not much different from the rules of conventional biathlon, with the only difference being that instead of skiers 4 of T-72B tank out on the track, painted for clarity in red, yellow, blue and green. The rules provide for three arrivals with the passage of the route length of 18300 meters. Each of the routes is equipped with natural and artificial obstacles "hill", "wall", "rut bridge", "escarpment", "minefield", etc.

Crews are firing from guns at three targets in the form of a tank, installed at different distances. Each subsequent target appears after the defeat of the previous one. At the second shooting range, shooting is carried out from a heavy machine gun NSVT at a target in the form of a helicopter. For its defeat, only 10 ammunition units are issued for each tank. The third type of fire exercise is shooting at a target in the form of a tank with a guided projectile, after which the crew enters the finish distance. Accuracy of shooting is determined using special video cameras. In case of blunders at the shooting range, the tank is sent to the 500-meter penalty circle.

The best tank crew is determined by the amount of travel time of combat vehicles and the time added for violations when overcoming obstacles. Along with the actions of the crew, the actions of its commander are assessed.

The beginning of the international 17 competitions in August was preceded by a unique spectacle - the tank ballet. On a small concrete patch four T-80 tanks and a huge self-propelled gun 2C19 “Msta-S” self-propelled gun made very elegant pas to music, although sometimes it seemed that just about one of them would hook the neighbor. The deafening shot of the salute, produced by Mstay, drowned out the music and quickly brought the audience to their senses, reminding them that they were not in the theater, but on the training ground.

Right after the ballet was followed by the start of tank biathlon competitions. The Russian crew performed in a red tank. The tank of the Belarusians was painted yellow, the Kazakhstanis were blue, and the Armenians were green.

The leadership of the Russians became apparent from the very beginning. They drove faster than others, shot better and finished the race first. Their rivals are much less fortunate. Because of mistakes and mistakes, they were assigned additional penalties, which could not but affect the results. The crew from Kazakhstan had to face serious problems. At the very beginning of the competition it was announced that the tank commander was injured and would be replaced. However, he decided to stay and continue the fight.

It is necessary to pay tribute to the Kazakh tanker: throughout the entire race, he kept his strength and only after its completion lost consciousness. His comrades ran up to the commander who had collapsed on the concrete slabs, and the doctors arrived a little later. Officially, what exactly happened to the Kazakh military was not reported. As one of the Russian officers explained to the Ytra correspondents, the reason for the loss of consciousness, most likely, was the waste of powder gases in the shooting process. This could be due to a malfunction of the tank ventilation system or an error made by the crew. “They lack training, they lost their heads,” our interlocutor concluded, explaining that powder gases are one of the tanker's worst enemies.

With regard to the results of the competition, the first place decision, quite reasonably, was awarded to the Russian crew. The second, despite the "wound" of the commander, was taken by the crew from Kazakhstan. Bronze went to Ukrainian Belarusian tank crews, fourth place - Armenian. Awards to the winners were handed over by the Minister of Defense of the Russian Federation Sergey Shoigu. The Russian crew that won the competition received brand-new Niva cars.

As for the future prospects of tank biathlon, then, judging by the mood of the Russian military leadership, they definitely are. Shoigu expressed the hope that the tank sport will become a tradition and will acquire a truly international character. “We hope next year there will be more teams. In any case, colleagues from the United States and Italy responded vividly to our invitation, and we are waiting for a response from Germany,” the defense minister said, noting that these would be completely different competitions. "It will be a competition of technologies, designers, those who create equipment that should protect our states. I really hope for our designers, factories, enterprises. I really want them to arm us next year so that, like this year , we were the first and in no case did not give this place ", - added the head of the Ministry of Defense.

After the words that the representatives of the NATO countries will take part in the next competitions, a serious discussion flared up on the sidelines about who will prevail. Opinions were divided almost equally, although the advantage was still on the side of those who believed that the Russians would win.

Check who was right in this discussion, perhaps, will succeed next year. 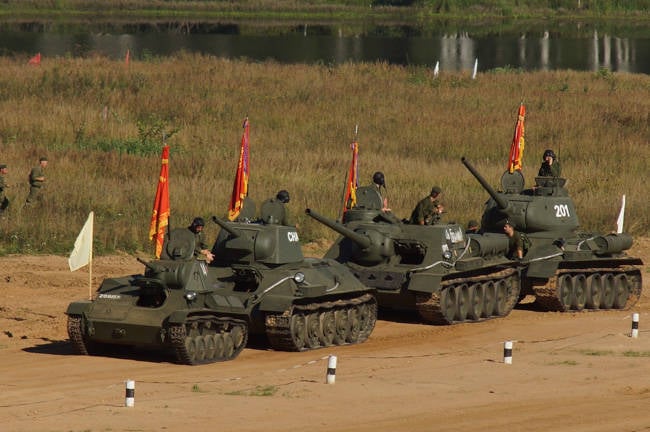 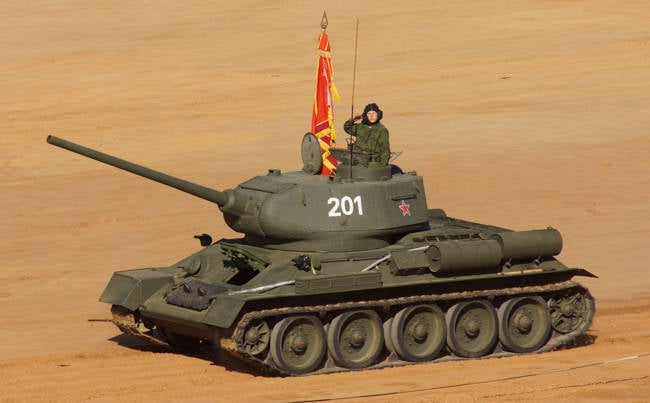 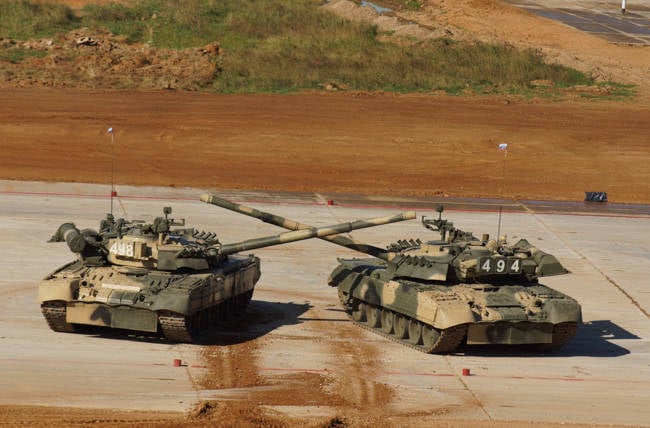 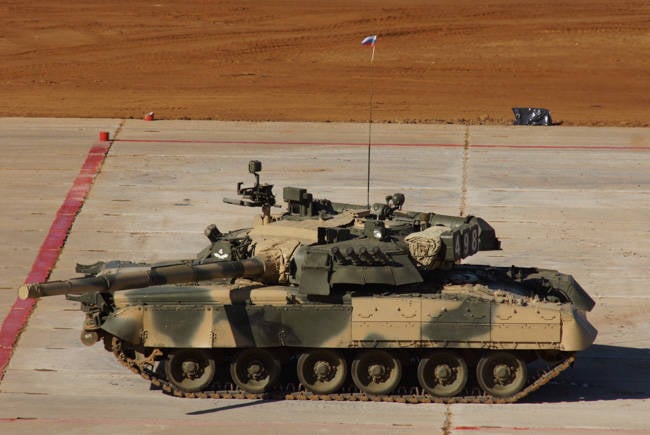 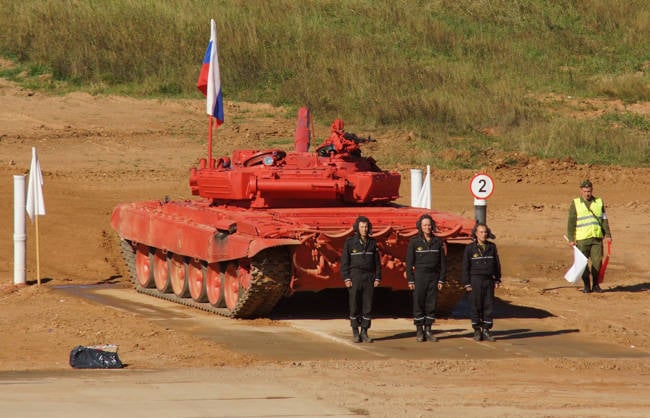 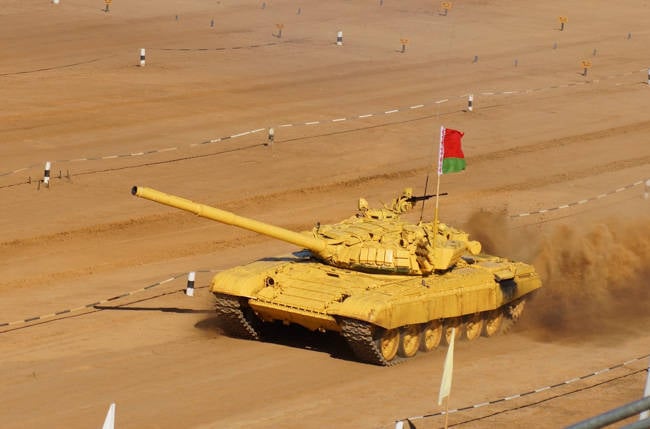 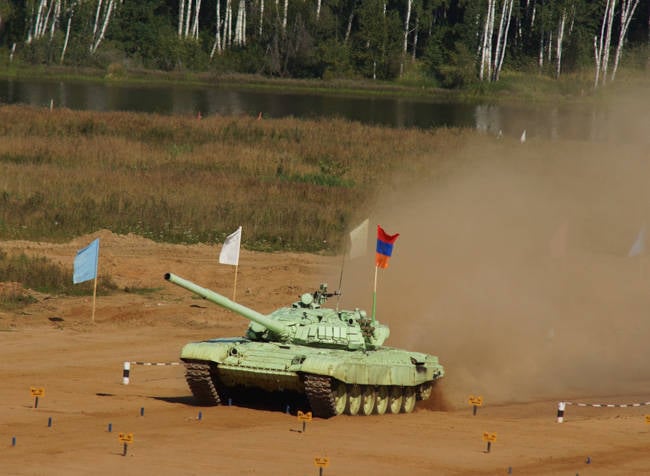 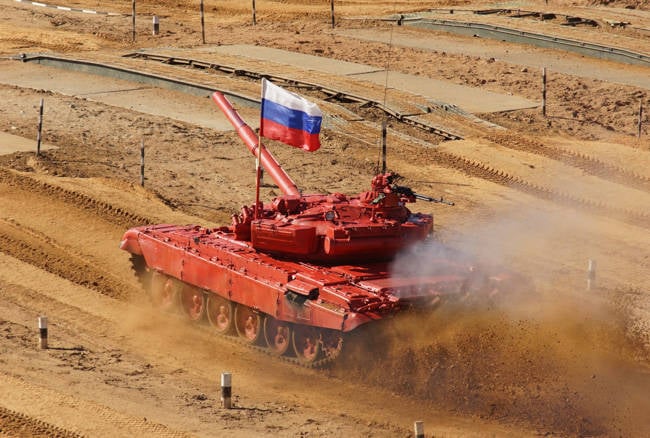 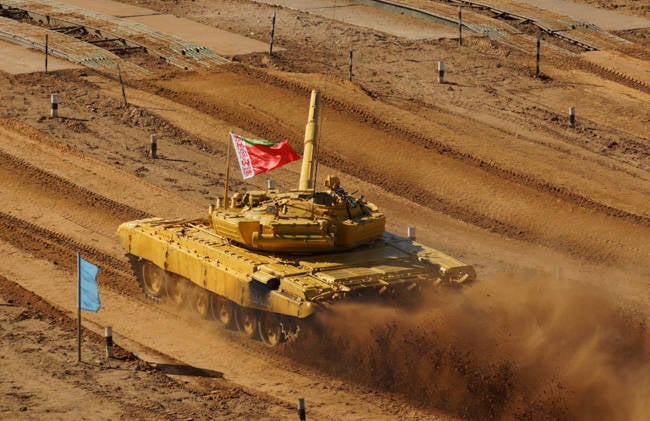 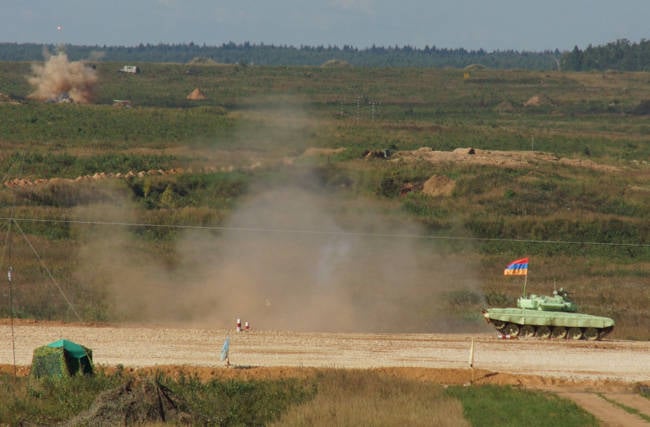 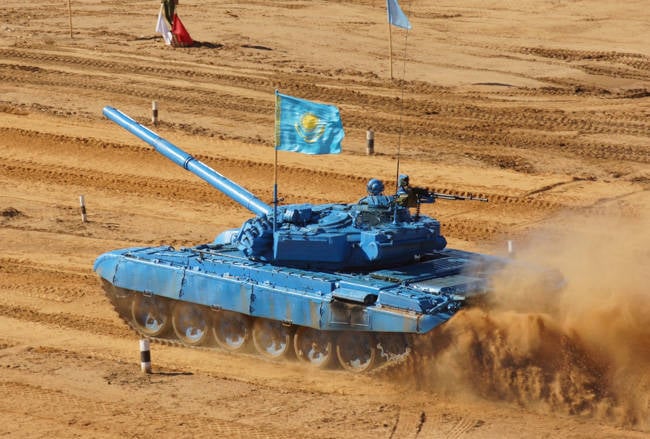 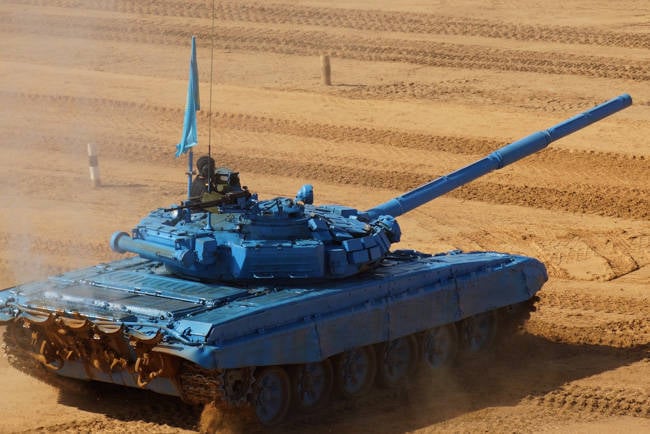 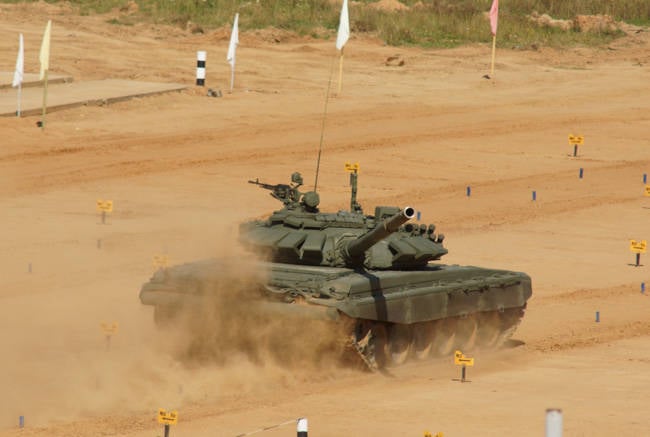 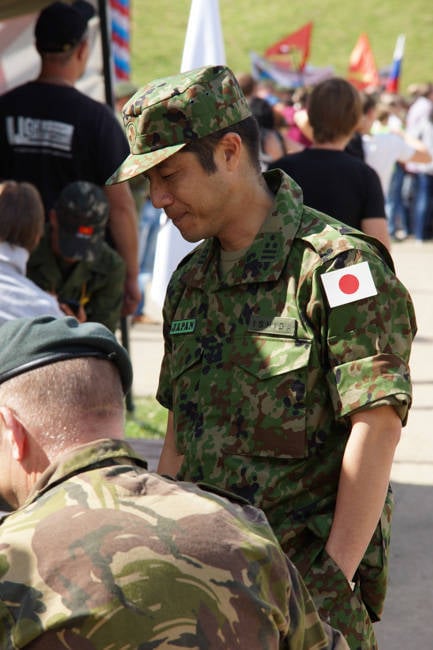 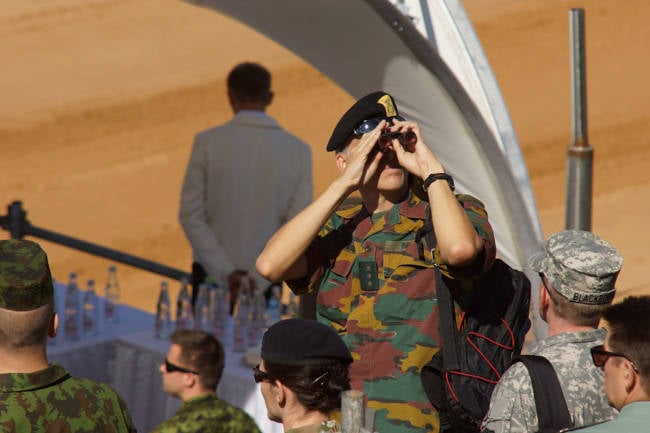 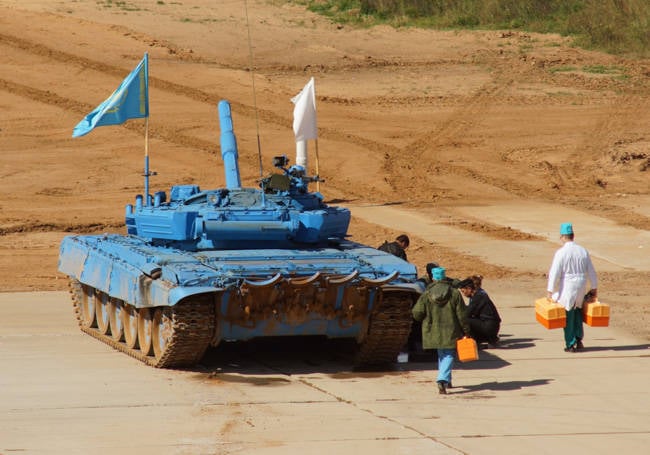 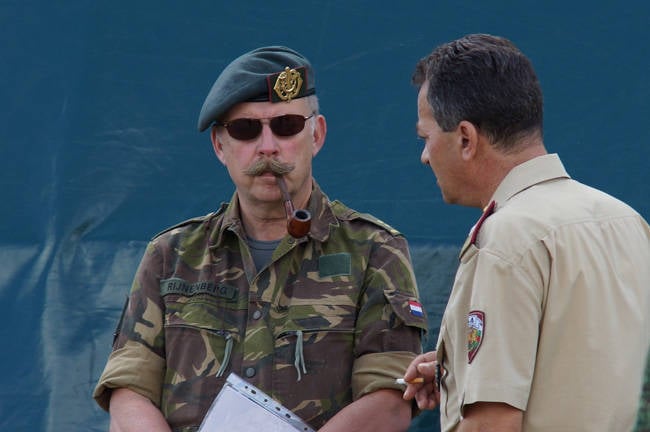 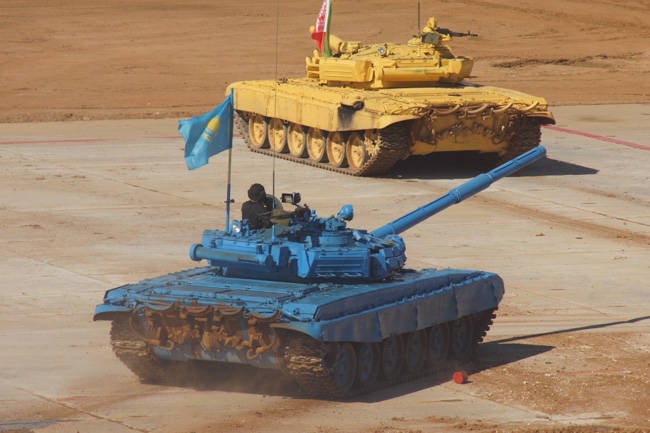 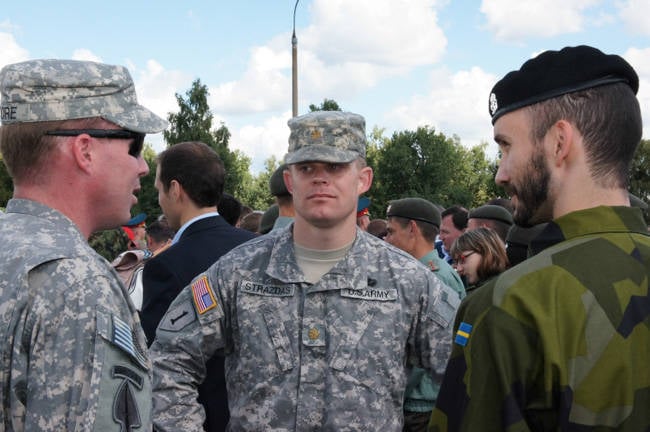 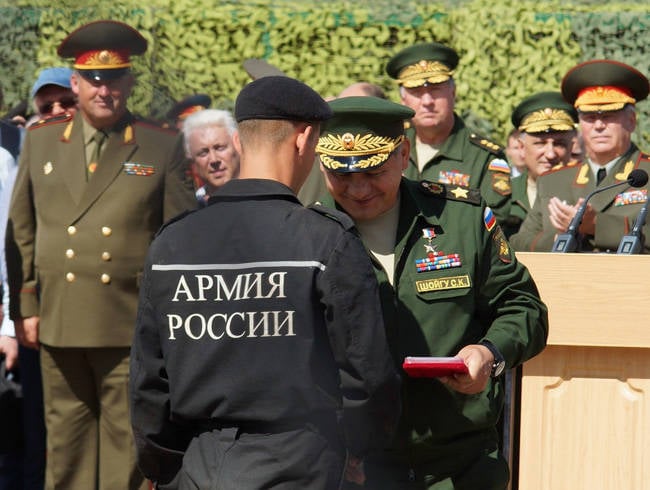 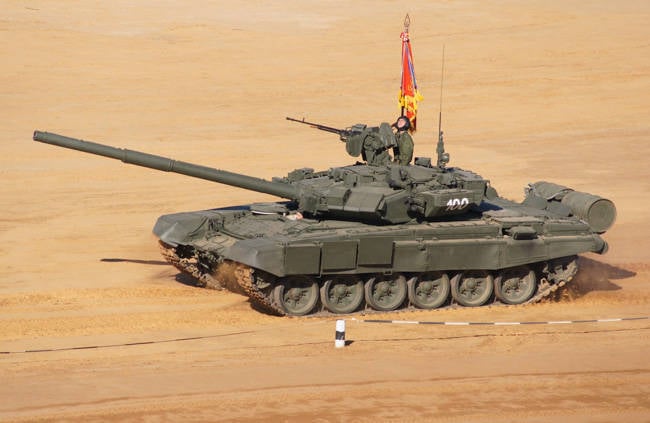 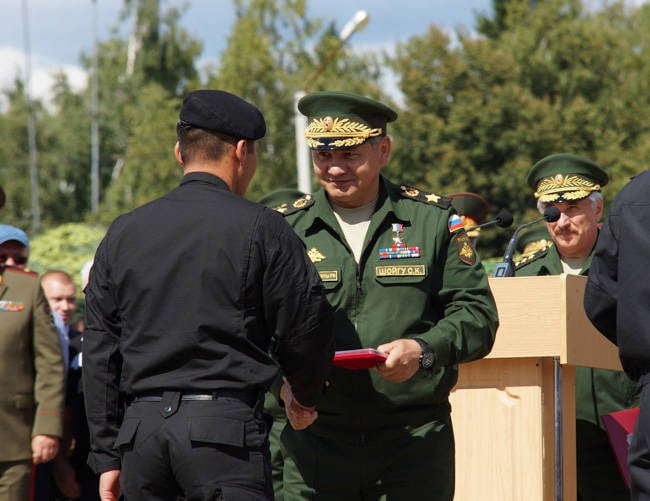 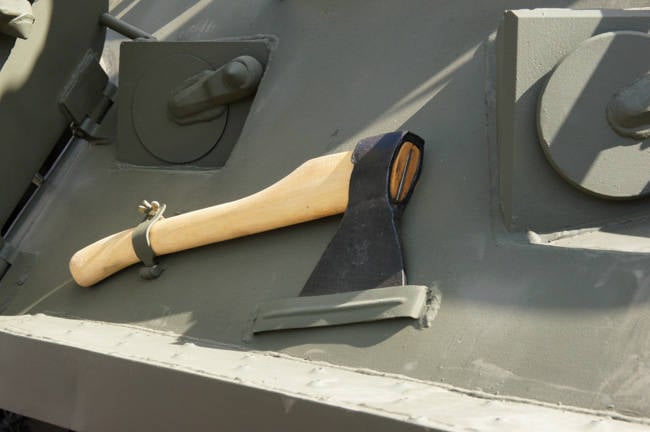 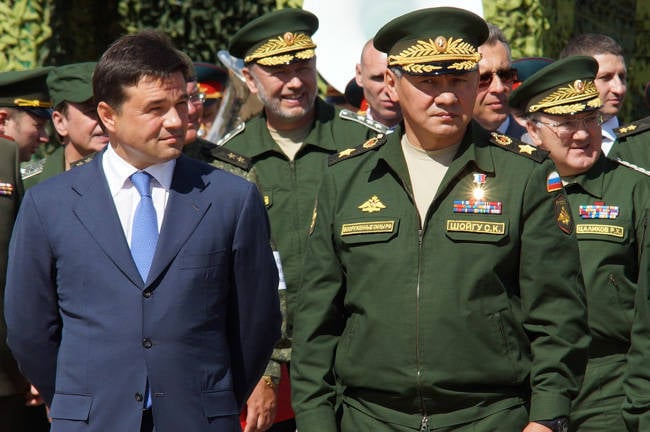 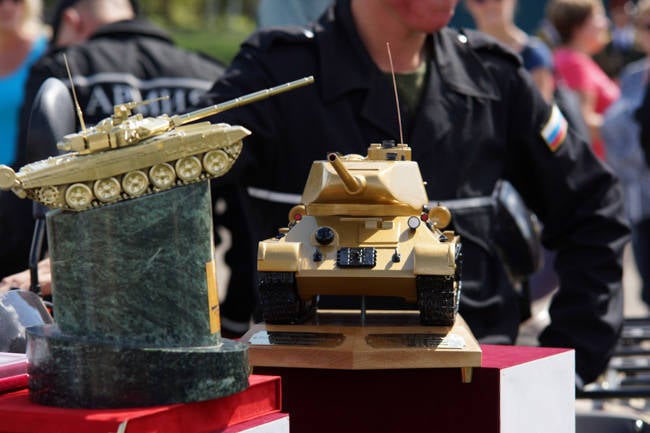 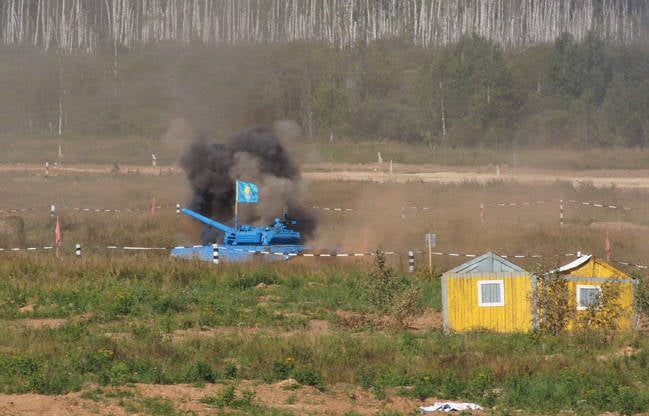