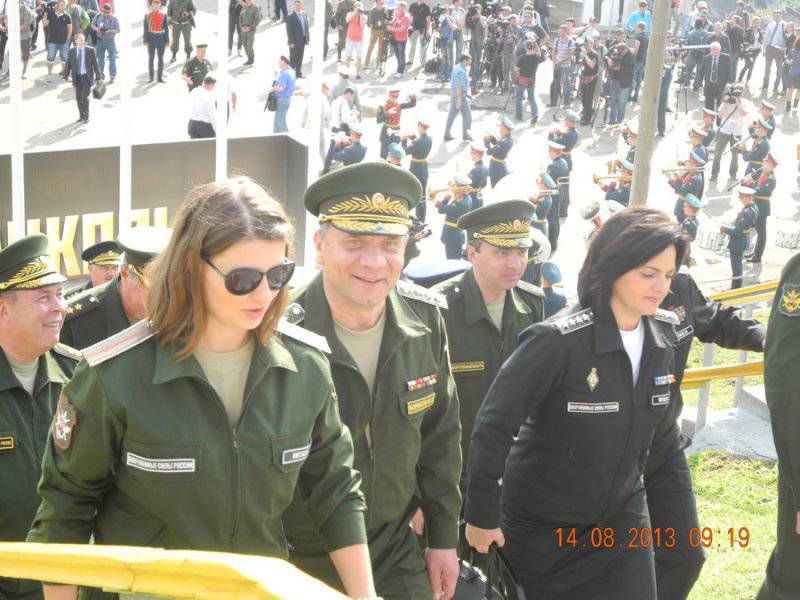 
They say that the weaker the army, the higher the crown on the caps, the more “cabbage” on the visors and the icons on the chest. Now our army, alas, is no longer as strong as in the old days. Technique in the troops mainly Soviet projects, the fleet does not depart far from the walls. But the uniform of our military never ceases to amaze the man in the street, as, indeed, the military itself. Either shoulder straps on the belly will be spiked, then premium slats on shirts. Not all officers liked the innovation, since on the shirts such strips look like a foreign body.

More recently, another form has appeared in the leadership of the Ministry of Defense. There are no ties in her that squeezed her neck, and her tunics, which hinder movement. According to the statement disguised, it is shorter, brighter. The uniform is designed for employees of command centers and administration departments, as stated in the Defense Ministry of the Russian Federation, as an office suit that will be the same for military and civil servants and will replace the so-called everyday uniform - a woolen jacket with trousers and a shirt and tie.

Life will show whether the form will take root and whether it will be launched into a series. But now the number of “cabbage” on peaks and caps of forage caps raises questions: an obvious search. Literally the other day in the new form in public (at the training ground in Alabin) not only acting officers, generals of the Defense Ministry of the Russian Federation, but also, as they say, civilian deputy ministers appeared. For example, the deputy defense ministers Ruslan Tsalikov and Yuri Borisov are in uniform and with shoulder straps for Army General and Colonel-General respectively. Tsalikov, like some others, has a black color, which emphasized his status as a government official. But the most interesting thing is that, on an equal basis with men, S. Shoigu ordered a change of clothes for the so-called “women's battalion” of the Ministry of Defense, the remnants of which were still preserved within the walls of the military department. These ladies with lacquered nails and expensive perfume at Serdyukov disdainfully called the officers of the General Staff, as well as all military men, "green men." And now themselves, as they say, turned out, figuratively speaking, in their own skin. One of them has already complained that, they say, the form does not breathe, it is stuffy, and the material is rough.

In dressing up in a form, including women, there is, I think, a certain positive meaning - after all, it is somehow easier and more understandable to communicate with a person in uniform. You understand what rank and military rank he would roughly correspond to, being really in military service. Moreover, some people are very fit. For example, Deputy Defense Minister Tatiana Shevtsova (“Colonel-General”), Advisor to the Defense Minister Tatiana Zavyalova (“Lieutenant-General”). But on some ladies she sits, alas, baggy and not organic.

But the main thing, they say, is not the form, but the content. It is important that all this benefits the strengthening of defense capability, as well as the new image of the Armed Forces. By the way, as well as multi-colored tanks.