Death penalty around the world: some numbers

August 20 2013
128
Today, the death penalty in the world causes people to have conflicting feelings. She has both "fans" and opponents. Each side has its own arguments - often very convincing. In those relatively democratic countries where the death penalty is used, protest demonstrations are taking place against it. At the same time, it is known that more than two thirds of the countries of the world either abolished the death penalty by law or did not use it. The human rights organization Amnesty International recently published data on the death penalty, indicating that the death penalty was resumed in GNMX in the Gambia, India, Japan and Pakistan. There was a sharp increase in executions in Iraq in 2012 compared to 2012. However, the total number of executions in the last decade has decreased.


Australian Channel "SBS", referring to Amnesty International data, notes that last year 21 was executed in the 682 country, that there are more people on 2 than in the previous year. At the same time, in 2012, the number of people sentenced to death decreased by 10% - to 1722 people (in 58 countries). In 2011, 1923 was sentenced to death in 63 countries.

The material notes a significant decrease in the number of executions compared to their number a decade ago.

However, the figures do not include thousands of people who, according to Amnesty International, were executed in the People's Republic of China: there such indicators are a state secret.

Each year, the same countries are on the list of Amnesty International. Eight countries stand out where the largest number of executions take place. In 2012, this eight, writes SBS, includes: 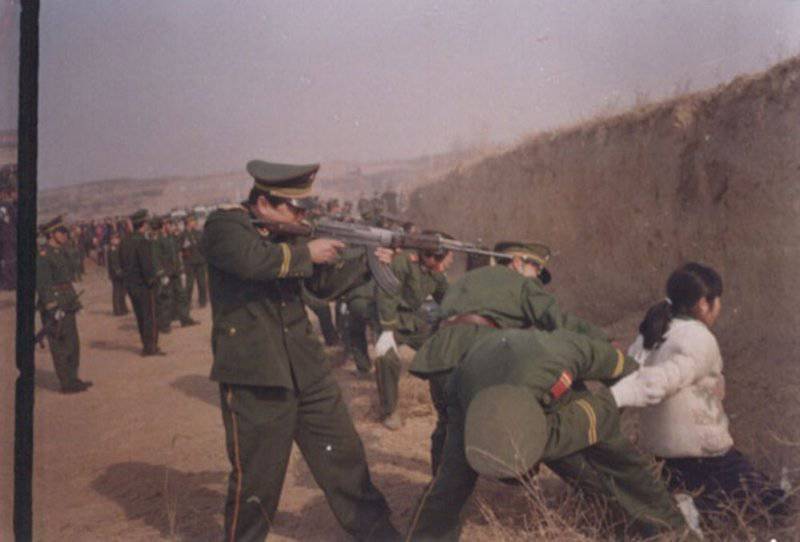 1. China. This state has classified the number of death penalty. Amnesty International, relying on reliable sources, on the information of human rights organizations, estimates the total number of executions in the Celestial Kingdom to more than a thousand: that is, more people are executed in the PRC than in the rest of the world combined. The death penalty in the PRC is used for crimes related to drugs, as well as for economic crimes. 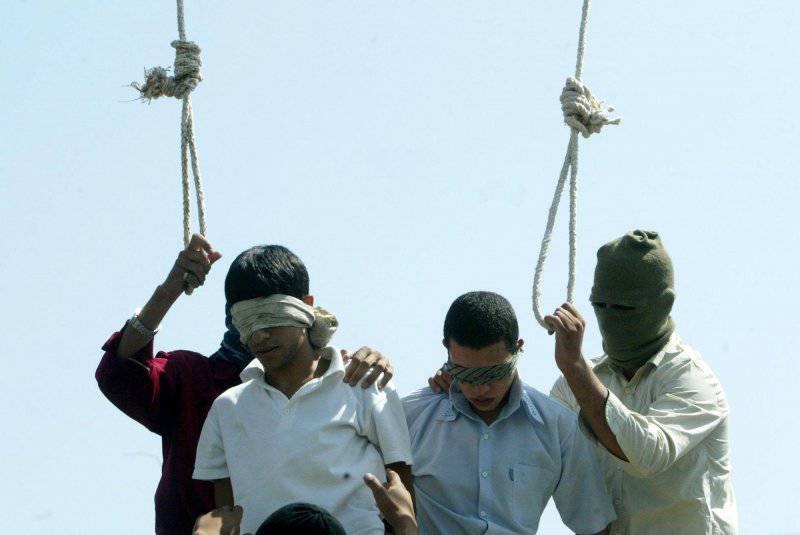 2. In 2012, Iran ranked second in the world in the number of executions. Mostly executed there for drug related crimes. It is also noted that in June last year, four people were executed in the Islamic Republic of Iran for such a "crime" as "hostility to God and corruption on the ground." The death penalty was applied to those people who were guilty of "adultery", "sodomy" and a religious crime, called "apostasy".

3. Iraq has almost doubled the number of executions compared to the previous year. 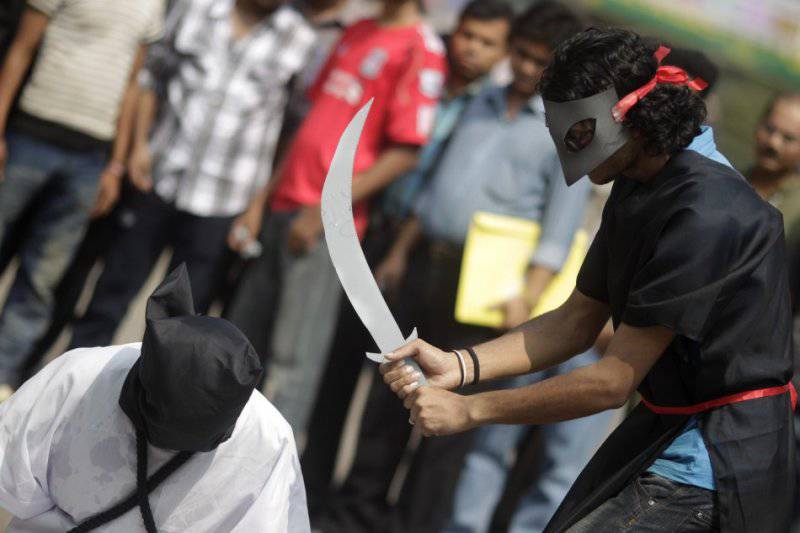 4. Saudi Arabia often executes people publicly through decapitation. Lawyers are rarely accused here (even formally) and may be detained for several weeks on the basis of “confessions” obtained under torture. Crimes of capital punishment in Saudi Arabia include “witchcraft” and robbery in “aggravated” form.

According to SBS, Iran, Iraq, and Saudi Arabia cumulatively accounted for three quarters of confirmed executions in 2012. 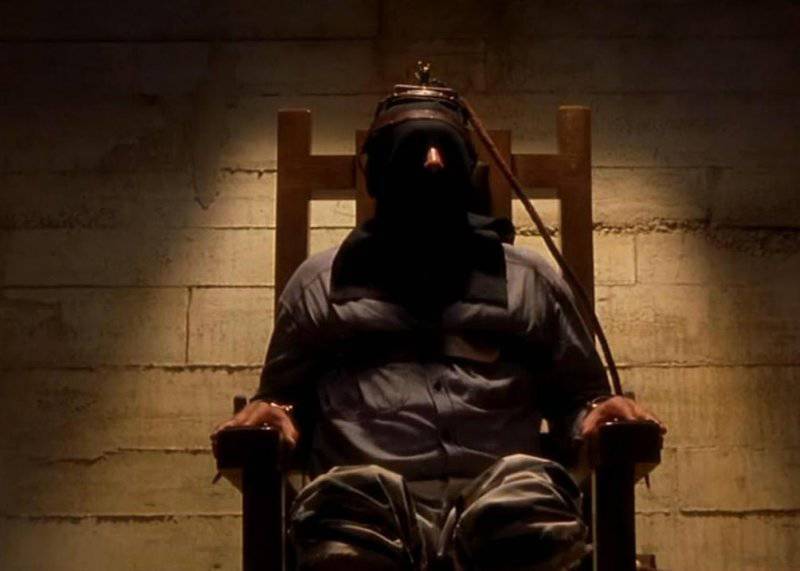 5. USA. In this state, Connecticut became the 17 state abolished the death penalty. This was due to concerns about the discriminatory use of the death penalty, as well as the likelihood of erroneous sentences.

6. In Yemen, two people were executed for crimes committed by them before 18 years.

7. North Korea. In this state, executions are carried out both publicly and secretly. Death sentences can be imposed for crimes that are not punishable by death under North Korean law.

8. Sudan is reportedly using the death penalty as a means against real or alleged opposition activists.

Observed and translated by Oleg Chuvakin
- especially for topwar.ru
Ctrl Enter
Noticed oshЫbku Highlight text and press. Ctrl + Enter
We are
Difficult talk about the death penalty in RussiaSituational analysis of the death of the MH17 flight (Malaysian Boeing 777), made on the basis of engineering analysis from 15.08.2014
Military Reviewin Yandex News
Military Reviewin Google News
128 comments
Information
Dear reader, to leave comments on the publication, you must to register.