"Once upon a time there was a woman," or Strange "evolution" 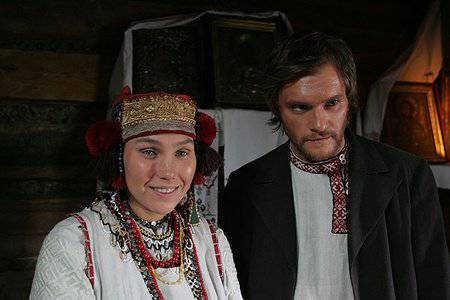 I didn’t want to watch this movie, I didn’t. I knew that if the liberal press and the modern Russian intelligentsia praise the film, then this is no longer a film, but another batch of filth on all of us - the people of Russia.

But, everything is in order. The decision to watch the film came from the desire to understand the creative "evolution" of the director Smirnov, the author of this film and the fact that he shot more than thirty-five years ago, the film "Belarus Station".

What is this sensational film about? On the life of the peasants of the Russian countryside, the imperial and Soviet? I think no.

Not to say that the film depresses and leaves a depressing impression. The film crushes with its constant filth, cruelty, which the author savors in detail, how various perverts savor and emphasize all naturalistic details in pornography and sadistic scenes.

But it was the same! The author exposes the silenced truth! - liberal opponents may object to me.

Was it really, I do not know. Something like that probably was. The entire 20 century, especially its first half, was filled with suffering and cruelty. The death toll was greater than the total history humanity put together (this is my guess). In any case, in the stories of my own grandparents, their numerous brothers-sisters, from the stories of their fellow villagers, I have not seen anything like it.

The ancestors of the mother were from Siberia and Northern Kazakhstan. Mom's grandfather was an ensign of the tsarist army, and his father was a red commander, went through the entire Civil and Great Patriotic War.

Ancestors of the father, from Western Ukraine and Poland. My father's grandfather was the chief clerk of the noble Warsaw pan and “held” part of the Zdolbunovsky district of the Rivne region in their strong hands. His father (my grandfather) served in the Polish army (before the accession of Western Ukraine to the USSR). During the war he was shot by the Germans and this is a separate tragic story of our family.

All my ancestors, at different times, went through links. Babusu and my little father were sent to the Far East in the Khabarovsk Territory for logging in the 46 year. There she met my grandfather (not my bloodline, but my spirit and upbringing family). Later he moved my grandmother and my father to Fergana. The family of the mother, before the war, was sent to Central Asia, also in Fergana. By the beginning of the 50s, my parents met there, and I was born.

Very often I sat and listened to the memories and stories about THAT, the old time. They were eagerly told by all my grandparents. Who, where, how, whom, for what, why. I have never heard anger in their voice or resentment at Soviet power. Grandfather (not native) sometimes criticized hypocrisy that was taking place, but he was the same everywhere - at home, on the street, and at work. He was not a communist, but he was greatly respected by others, because he was open, honest and fair. He was not afraid of anyone, “sculpted” the truth in the womb in the eye, regardless of rank and rank. And what was he afraid of? He met the war in the Brest garrison, by the evening of the first day he was wounded, he woke up at night. Crawled to the nearest forest. The funeral German team found him and dragged him to a concentration camp for prisoners of war. He talked a lot about life in the camp and about escaping from the shooting, when he first fell into a pit, and killed fighters began to fall on him. I lay on the bottom of the pit, under the bodies until night, then I got out and began to break through to my own. Scored on a group of the same Red Army, received weapon and got to his. Then, our camp, check, fine. Bat, rehabilitation, transferred to the troops. He graduated from war in Berlin in the rank of Art. sergeant He served another year after the war (he served the year of the German and our camp). This is me to the fact that they are afraid of him, there was already nothing and no one.

And about each of my ancestors, you can write a novel in which there was everything: trials, gravity, death, love, friendship and a lot of work. There was no dirt. These were pure people.

In addition to their fiction stories, a lot of literature was read: Nekrasov, Saltykov-Shchedrin, Dostoevsky, Kuprin, Mamin-Sibiryak, Turgenev, Chekhov, Shishkov, Gorky, Green, Sholokhov, Tolstoy (this is a separate “song”), Bulgakov, Platonov. All of them, one way or another, wrote about the lives of ordinary peasants and city dwellers. Stunning Shishkov stories about the inhabitants of the Urals and Siberia, Mamin-Sibiryak, Tolstoy.

They very accurately described the life and life of the peasants. They showed how heavy their life is and what the burden is. In their stories felt pain for the people and the deepest compassion for man.

And while watching the film, I felt the physical feeling of sticky dirt and crushing meaninglessness of what was happening. In the name of what? Why do all these people suffer, this woman? Do they have something bright, pure in their lives, or do they, like evil beasts, just keep housekeeping, drink, fight, kill each other, rape ?! What is the purpose of this film? What is he talking about? About the sufferings of the people? About the great sacrifice? Why are all these pathologically detailed scenes of violence causing a dirty feeling of disgust and disgust?

And I thought: but the foreign viewer will look at this film and say to himself - “Yes, these Russians, just wild beasts, angry animals, do not live normally and don’t give to others! Why do they own such spaces? They are savages, barbarians! And all these stupid, illiterate, cruel Red Army men, who are going to build a bright future! Can anyone build such things at all ?! ”

By the way, here are some reviews from our media:

“It’s been a long time since a film of such epic power has been released on screens,” the Rossiyskaya Gazeta newspaper wrote. (!!!!)

Andrei Plakhov emphasized the allegorical nature of what is happening with the main character, who is likened to Russia, noting that “surprisingly, the film fits into a niche as an example of anti-Bolshevik propaganda: finally, the format supported, judging by the final credits, Surkov, Vekselberg and Abramovich”.

“It’s scary and crazy for any of us in this world of bizarre rituals,” writes Anton Dolin. Russia in the film Smirnov - the archaic Universe, in which neither individualism nor individuality is possible. ”(!!!) In his opinion, the director indulges in the film“ the archeology of feelings, trying to recreate the disappeared world carefully and detachment ”. (What kind of world? Is this dirt and cruelty to be called peace? Yes, even wanting to recreate it all ?!)

In Vedomosti, Smirnov’s picture was rated as the “most honest film about civil war,” which shows the continuity of cruelty and violence in the progression of “family, village, country”.

In other words, it is a signal of the Russian youth that this is exactly what our lot and role model is for us! After all, it is this “WORLD” that we are offered to recreate!

It was very hard to watch this movie to the end. There was a gagging feeling that you are forced to eat someone's vomit.

And so, having looked through to the end and carefully examined the credits, I was dumbfounded!

Funding for the filming helped Vladislav Surkov find it in 2007. The director promised to thank in the finale, in addition to Surkov, a number of persons (see above) ... .. and his son-in-law Anatoly Chubais. It is noted that “the picture came out just before the elections, and its main (albeit somewhat veiled) promise was the exposure of all the sins of the Soviet power. And it is no coincidence that the sponsors of the film were influential people from the ruling party in Russia. ”(!!!) 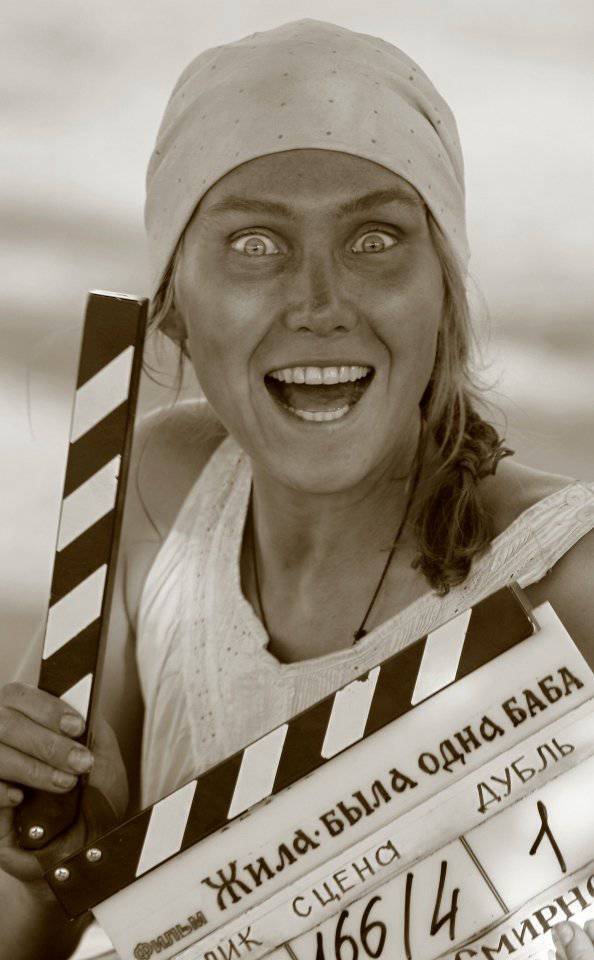 In other words, for us and our money, they throw mud at us, some have robbed us, others voluntarily and forcibly pay taxes.

So what is the purpose of this film? What did the director want to convey to us?

Personally, it became clear to me. And you?


PS And yet, one thing does not reach me: how can one make a deeply patriotic film “Belarusian Station” and this libel ?!

Or take off a romantic, lively, “Alien amongst his own, amongst others”, thin “Unfinished piece for a mechanical piano” and reach “2 tired of the sun”. (N. Mikhalkov)

Why are such monstrous metamorphoses happening ?!

Where is the point from which the betrayal of oneself begins, and most importantly, for the sake of what ?!

Ctrl Enter
Noticed oshЫbku Highlight text and press. Ctrl + Enter
We are
About Stalin and KhrushchevWhat you didn't want to know about England
194 comments
Information
Dear reader, to leave comments on the publication, you must to register.