Awesome calm in Russia. Who does not like the anti-corruption campaign and the nationalization of elites

August 19 2013
80
Recently I came across a curious note with the promising title “Putin’s Self-Destruction” (9 on June 2013), devoted to such phenomena in the life of our country as the anti-corruption campaign and the nationalization of elites. Its source text can be found here: http://www.foreignaffairs.com/articles/139442/ivan-krastev-and-vladislav-inozemtsev/putins-self-destruction.


The phrase with which the note begins, makes you think: "This spring was almost frighteningly calm in Russia". This characteristic of the political situation in the country does not come across too often. “Crisis” can be political crises, unrest and other negative phenomena that destabilize political life. But "awesome calm"?

The “frightening calm” here, apparently, means the absence of unrest of such a level as Manezhnaya Square-2010 and Bolotnaya Square-2012 fitterhttp://www.newsru.com). However, this relative calm is served as a “lull before the storm”. What is the upcoming "storm", what are its causes and prerequisites? 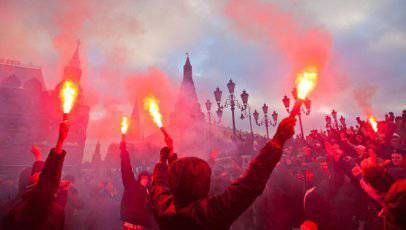 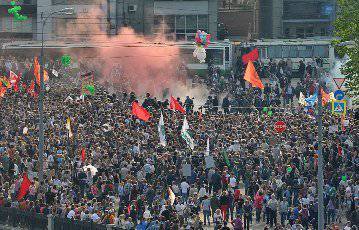 Manezhnaya Square-2010 and Bolotnaya Square-2012 - this year nothing similar in scale has been observed so far. However, this relative calm is referred to by the authors as “intimidating.”

According to the authors of the note, the reasons for the imminent destabilization of the state lie in the anti-corruption campaign: "... Putin’s recent anti-corruption campaign unwittingly set the stage for the collapse of his entire system" (...) "... This campaign may be a double-edged sword that ultimately discredits the regime and sweeps Putin’s assistants ...". It turns out that the fight against corruption, as one of the elements undermining the foundations of our statehood, can lead to destabilization of the state itself and, as a result, to the removal of Putin’s team from power.

To begin with, we briefly describe the main measures included in the anti-corruption campaign 2012-2013:

- Adoption of the aforementioned draft law “On prohibiting certain categories of persons from opening and holding accounts (deposits), storing cash and valuables in foreign banks located outside the territory of the Russian Federation, owning and (or) using foreign financial instruments”http://www.rg.ru.

- Criminal cases related to Oboronservis and Rosagroleasing (ex-Minister of Defense Anatoly Serdyukov and ex-Minister of Agriculture Elena Skrynnik are involved in them)http://www.ng.ru.

- Removal of deputies suspected of violating anti-corruption ethics from the State Dumahttp://www.forbes.ru. 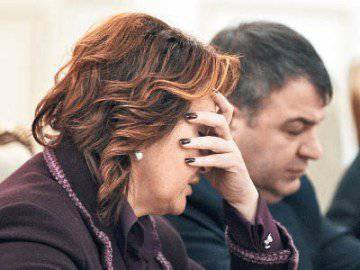 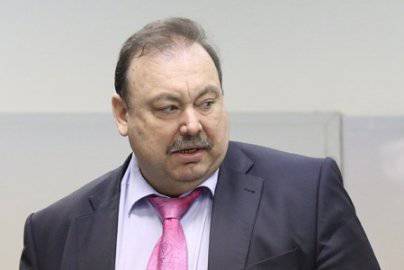 Get acquainted: before you "innocent victims" Stalinist repression anti-corruption campaign.

Note that before the ban on the ownership of real estate by officials abroad has not yet reached (although such a bill was also put forward this year). The fate of Anatoly Serdyukov and Elena Skrynnik is also unclear (both are witnesses, not accused, which, in fact, excludes the possibility of serious punishment for them). We will refrain from reasoning about the role that the unrest of the end of 2010 - the first half of 2012 - played in the anti-corruption campaign. In any case, this campaign fully meets the interests of Russia.

First of all, the anti-corruption campaign is one of the most important elements of the “nationalization of elites” policy, which the Kremlin has decided to conduct. Forming an elite that is guided by the long-term interests of their country, and not by short-term financial gain is one of the primary tasks, the solution of which will allow not only to pursue a policy that meets the interests of Russia, but also to ensure its continuity. Without a nationally-oriented elite, all achievements in economics, science, and foreign policy risk going to pieces. The sad experience of the Soviet Union, which betrayed its top leadership, confirms this.

In turn, the policy of nationalization of elites (and the anti-corruption campaign included in it) is fraught with the following troubles for our geopolitical rivals in the West:

- For a long time, corruption in Russia has been an excellent reason for denigrating the image of our country in the eyes of the international community. According to the non-governmental organization Transparency International, in the period 2000-2013. on the Corruption Perceptions Index (CPI), Russia ranked in the 82-133 range of places (the number of countries for which the index was calculated increased, respectively, from 90 to 174http://archive.transparency.org), just next to the countries of the Third World. Our task now is not to find out how objective this index is. The bottom line is that the problem of corruption is the object of numerous speculations on the part of our geopolitical "friends" and its "fifth column". Of course, they really do not want to lose such an opportunity to manipulate public opinion. However, in this case, public opinion and the ability to manipulate it play a secondary role.

- The ban to have accounts on foreign banks partially removes the Russian elite from the control of the West. Partly, because at the moment officials retain ownership of real estate abroad (these are only material factors, not to mention ideological). It is important to understand that an account at a Swiss bank or a villa on the Cote d'Azur can at any moment turn into a hook on which, if necessary, their owner will be planted. It is naive to believe that our Western partners will not use the opportunity to blackmail a Russian official by freezing an account or confiscating real estate at the first opportunity. Everyone remembers the recent "expropriation" of Cyprus bank accounts. We can also recall the following example: the arrest of the head of affairs of the President of the Russian Federation Pavel Borodin in 2001 on bribery charges. As long as Russian officials keep their money in Swiss banks, buy villas on the Cote d'Azur, send their children to study at Oxford and look to the West - Russia will not be able to pursue an independent policy and fully defend their interests.

While the process of nationalization of elites is in the initial stage. There are many difficulties in the way of its implementation. And, of course, not everyone likes it. A large part of the modern Russian elite will try to circumvent the anti-corruption laws, and continue to look towards the West. The performance of one of the richest Russian civil servants, First Deputy Prime Minister Igor Shuvalov, at the Russia-2013 forum, held in Moscow on 16-19 on April 2013, is indicative in this regard. In particular, it stated the following:

"I think it came to that not quite reasonable norms of behavior concerning some kind of foreign property etc. "http://www.newsru.com. It is symptomatic that the very first steps on this path already seem to some officials "not quite reasonable." Therefore, as we move towards the nationalization of elites, there is a certain likelihood of a split of the modern Russian elite into “nationally oriented” and “liberal”, between which the struggle for power will begin. 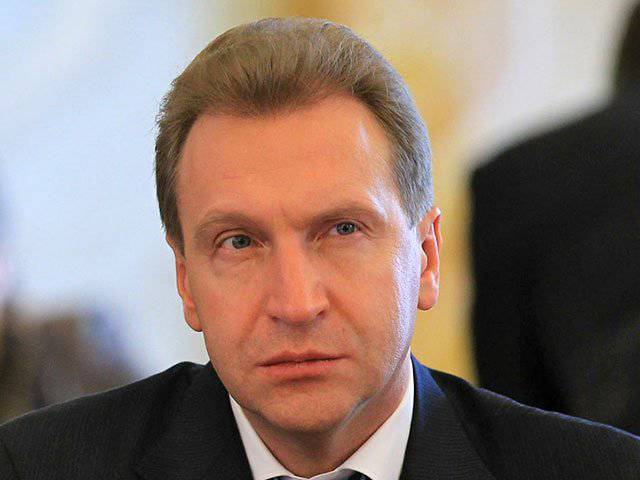 Russia-2013 Forum: Deputy Prime Minister Igor Shuvalov is concerned about the anti-corruption campaign and the nationalization of elites. But so far only the first steps on this path have been made.

This scenario is implied in the note. It is not at all the “elemental wrath of the masses” that, according to the authors, should sweep away Putin’s regime. It is a question of a “palace coup”, which the “liberal” part of the Russian elite is to carry out as a result of the “power” struggle for power. The ideal option for our Western "friends" is the victory of the pro-Western part of the Russian elite. However, the option of open confrontation, covering not only the elite, but also other segments of the population, is also not bad. Even if the wrong side wins. Internal chaos has never benefited any country, not to mention the fact that this chaos can be used.

Therefore, there is no doubt that as the process of nationalization of the elites proceeds, such “warnings” about the danger of the chosen course will become widespread. One should expect the appearance of “exposing” articles on the ineffectiveness of the anti-corruption policy of the state, pessimistic forecasts, and the same ratings made and compiled by “independent” NGOs. This is only the smallest and most harmless part of the arsenal, which can be applied by our geopolitical opponents.

However, "took the tug, do not say that he is not a lot." It remains to hope that the course towards the nationalization of elites has been taken "seriously and for a long time" and will continue, despite the obstacles. For, as mentioned above, the formation of a nationally oriented elite is one of the main conditions for the independence of Russia's policy, without which it is impossible to do.

Ctrl Enter
Noticed oshЫbku Highlight text and press. Ctrl + Enter
We are
“And They Are Us About Yarema”About Stalin and Khrushchev
Military Reviewin Yandex News
Military Reviewin Google News
80 comments
Information
Dear reader, to leave comments on the publication, you must to register.