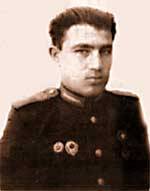 Vladimir Sergeevich Kapitansky was born in the Oryol region in 1929 year. Then he lived in the Tula region. From the beginning of the war he returned to Orlovschina. Before 1943, having been occupied, he was a young intelligence officer of a local underground organization. Being drafted into the Soviet Army, I got to serve in the Air Force. Then there was the Korean War. Demobilized, hit the Mordovia. He worked at the lamp factory in Saransk. He studied at Moscow State University - Mordovia State University. N.P.Ogaryova. He worked at a construction site. Now retired.


Vladimir Sergeevich Kapitansky knows about the war firsthand. Wars broke into his life twice. The first time was in 12, when he was still a child. Their train was bombed by planes. XNUMX-year-old boy heard howling flying from the sky aviation bombs. I saw the explosions, the bodies of the dead, heard the groans of the bleeding wounded. At another station, another attack by German dive bombers. This day could be the last in his life, but he was lucky: a bullet fired from an aircraft machine gun passed in passing, barely hitting.

Until 1943, the Captain was in the territory occupied by the occupiers. Despite his young age, he was associated with underground workers. On their instructions, he went to the railway stations, looking at the goods carried by trains. Scouting where the fascists were warehouses. The Germans did not pay attention to him at first. But after the strikes of our aircraft on railway facilities, the attitude towards children hanging around the station became different from them. But he was lucky the second time - he was not hanged. 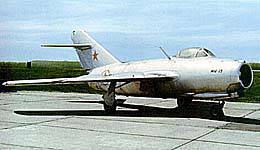 The second time the war recalled itself in 1950. On the Korean Peninsula, large-scale hostilities unfolded between Kimirsen's North Korea, China, supported by the Soviet Union, and the pro-American South Korean regime, which the United Nations stood for led by the United States. At that time, Vladimir Sergeyevich served in the North Caucasus, was a mechanic of the latest for those times Soviet fighter MiG-15. He was offered to go on a business trip. The proposal itself was constructed in such a way that it did not imply a refusal. Yes, he did not think to refuse, then the words "serving the Motherland" have not yet become a stamp. We drove in an ordinary passenger train, dressed in civilian clothes. Brought to Transbaikalia, in Chita. Here they stayed a month. We studied the Chinese language. The captain still remembers him. In addition to language, they talked about the customs and traditions of the Chinese and Koreans ...

From the file “Capital C”

The war on the Korean Peninsula began in the 1950 nurse of the year. Kim Il Sung's troops invaded South Korea. The United States intervened in the war, thanks to which the South Koreans were saved from defeat. In November, China threw its troops against the Americans. At the same time, Stalin dispatched our aviation divisions to the northeastern provinces of China. A dispatch of five divisions of the ground forces was also prepared to help Korea. In this war, the United States used 1 million people, 1,6 thousands of aircraft and 200 warships. American casualties: 54 killed thousands and 103 thousands injured. The death toll was even greater than in the Vietnam War. The Korean war almost became nuclear. In the United States, plans for an atomic bombing of North Korea were being developed in all seriousness.

After the end of the training, their part was transferred to China. Often changed locations. Were in Beijing, struck by its beauty. We visited a closed city where the imperial architectural complex is located. The Chinese apparently did not correspond to the stereotype of people who are short and puny. In fact, they looked different. The Manchus, for example, were tall and broad-shouldered. Then a part was transferred to Nanjing. In the border of Antoun on the bank of the Yaluzen river, their connection covered the hydroelectric power station and the railway bridge. Our planes flew with the identification marks of the Chinese Air Force, and the servicemen were dressed in Chinese military uniforms and stationed in the barracks of their army. The fact is that our military posed as Russians living in China. Then there were more than 600 thousand. 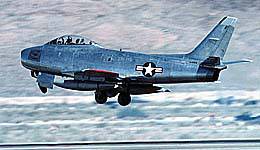 The daily routine was compressed like a spring. Often had to rest for two hours a day. True, they fed well. 100 grams of alcohol were given regularly. There was even a beer. You could order some dishes. These orders were carried out.

During the time spent on the Korean War, Captain had to prepare airplanes for several pilots - they changed regularly. Vladimir Sergeevich no longer remembers the names of some. But forever the memory of the name of the pilot who died during the mission was Kislitzin. American fighters often sneaked up to our airfields at low altitude. When we went to land or take off, the Yankees opened fire on them. Kislitsin shot down over the airfield. He burned alive in an airplane.

Flights took place at any time of the day. Our planes were in the air 24 hours a day - constantly had to fly to the interceptions of the American "flying fortresses" and "Sabre". Sometimes MiGs returned to the base riddled with machine gun bursts. Had to undock the wings, parts of the fuselage. While the plane was being repaired, the pilot received a new fighter and again went into battle. True, aviators preferred to fly only on "their" aircraft. Each MiG had its own individual characteristics - “character”.

From the file “Capital C”

In the Korean War, on the side of North Korea, besides piston aviation, MiG-15 and MiG-15bis aircraft operated. The Americans had the F-80 "Shooting Star", F-84 "Thunderjet", F-94 "Starfire" fighters. But the most common were the F-86 Saber. Our and American aircraft were roughly equivalent machines. True, the "Sabr" was an advantage in electronics - radio range finder. The pilot also had an anti-overload suit, which ours did not have.

However, not everything is solved only by technology. Much depends on the person. The captain said that in a year and a half of war, their regiment of 50 aircraft with which they had arrived lost their 48 machines. But the pilots of the regiment shot down American planes twice. Vladimir Sergeevich notes that war mobilizes human capabilities. It often happens that people seem to be mediocre, in extreme conditions reveal their hidden opportunities. One of the pilots, arriving at war as a lieutenant, left a lieutenant colonel. He shot down 11 aircraft, although he hadn’t stood out in the Soviet Union before that. Americans often bombed the airfields of Soviet aviation. Before that, saboteurs and scouts usually landed, and agents assisted among the Chinese helped them. They pointed to targets for bombing. Vladimir Sergeevich says that they practically did not have to live in barracks. All the time in the shelters of the aircraft, at a depth of 5 meters. 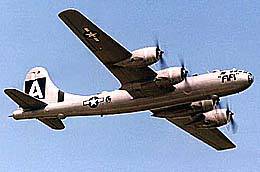 The effectiveness of American strikes on airfields was low as the American strategic bombers B-29 bombed from high altitudes, using radar sights. Crews could not see whether the bombs hit the target, for fear of running into anti-aircraft guns. In addition, our aircraft did not leave such flights unpunished. Despite the powerful weapons, the “flying fortresses” were effectively lost by our MiGs. Sometimes after the attacks of the MiG-15 B-29 just collapsed in the air. Americans very successfully acted against civilian objects. In addition to bombs weighing a ton of 1, they actively used napalm, a flammable thick liquid whose burning temperature was a thousand degrees. According to the press, in Pyongyang alone, 70 burned thousands of houses out of 73 thousands. Total Yankees dropped 200 thousands of napalm bombs, and these are 100 thousands of tons of napalm.

In addition, the Americans used biological weapon. As the Captain remembers, with B-29 dumped containers with huge green flies. Hundreds of thousands of released beasts spread various infectious diseases. 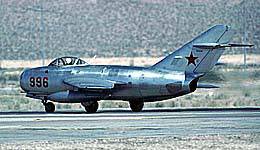 Our pilots and technicians have done a lot to prepare the aircraft of North Korea and China. Over time, she was completely accustomed to the sky, and at first it came to curiosities. Chinese pilots lost consciousness in the sky. The reason is that they were undernourished. Their bosses thoughtlessly about their pilots, they thought that they were engaged in nonsense in the air. We intervened, and the Chinese began to feed better.

Their part was transferred directly to Korea. They relocated very often and did not even know where they were - in Korea or in China. From place to place flew vehicles on transport planes or traveling by truck. And here it came from the Americans - they bombed car columns, and American saboteurs were also disturbed. In this war, the concept of front and rear was relative.

With the signing of the armistice agreement, our troops returned home. About 40 years have passed since the end of the Korean War, but the soldiers who were there, still can not forget about it. For a long time they were also depressed by the fact that everything was covered with the darkness of secrecy. And only in the middle of 1990-x "Koreans" were allowed to speak.