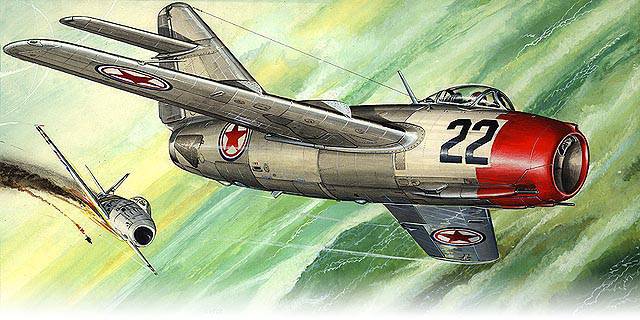 In March, 62 was exactly the year since Sergeant Sokolnikov, the then 23-year-old lad, turned out to be on the Sino-Korean border. In the midst of civil war. It was the first bloody conflict after the end of the Second World War, when the recent allies suddenly found themselves on opposite sides of the front line.


The Miao-Gow airfield, where Boris Vladimirovich served as an aircraft armament technician, was located near the Heilongjiang River, behind which is North Korea (the Chinese-Korean names for Russian are extremely unusual, so readers are kindly asked to forgive us for any mistakes in writing them - Ed). They guarded it very tightly, with rings consisting of guards — ours and the Chinese — in several rows.

So we didn’t have to deal with saboteurs, especially American ones, in the location of our division. Although the Chiang Kai-shek scouts were brutal in the rear, we were constantly talking about them. The Soviet staff and pilots were fed superbly, sometimes Chinese rice vodka and beer were included in the diet, which, according to many experts, is remarkable. It is a pity that it was only for dinner, but breakfast was held right on the airfield with lunch, because it was necessary to walk about eight kilometers from the barracks to the airfield. Day regimen is also not easy: getting up at 2 in the morning, hanging out at 10 in the evening ... 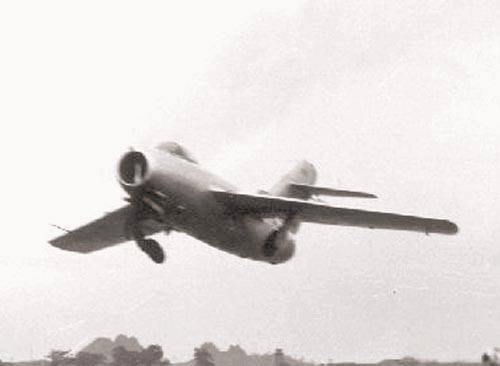 - The form on us was Korean, as, however, and insignia on combat aircraft MiG-15. Everything was done for the greatest possible secrecy of the Soviet military presence in Korea. But after all, the Americans are not complete idiots - our air was listened to regularly and probably guessed what was happening. Though our pilots were forbidden to conduct radio talks in Russian, they all forgot about it at once: the broadcast was instantly choked up with such a choice mate that the Americans clearly imagined who they are fighting against — only Russians can use foul language, this cannot be taken away from us.

During the day, American bombers didn’t bother much, they started bombing, as if on schedule — B-8 flew in at 29 at night and started to “work” from a great height, sometimes successfully, sometimes not at all:

- They once damaged the runway, and our commander said: "Well, now we rest and sleep, as it should." We did not understand him at first - it’s necessary to repair the strip, what kind of dream is there? .. And then we brought it, well ... a whole Chinese anthill, you can’t say otherwise - several thousand people. And, like in a fairy tale, they for 6 hours (!) All the craters in the reinforced concrete surface of the airfield leveled us. And - not a single car, not a single donkey of any kind: two hands, a stick, two baskets on it - that’s all the mechanisms. We both opened our mouths ...

The work of the technicians, in principle, is straightforward: they were waiting for planes, repairing, refueling, re-equipping aviation guns and machine guns, changed cartridges in the machine guns used to document the destruction of enemy aircraft in air battles. And for material evidence, the technicians from China went to Korea: by all means it was necessary to find and bring to the unit some part from the downed American, only with the number:

- Once found almost a whole "Shutting", lying on his belly. They attached false chassis to it, hooked it to the tractor and dragged it to themselves. Then he was sent to Moscow as a valuable trophy. I must also say that the Americans rescued pilots rescued the system perfectly. There were cases when the pilot was just transmitting by radio that he had been hit, and rescue helicopters were already circling above the place of the alleged crash of the plane. We never had this ... 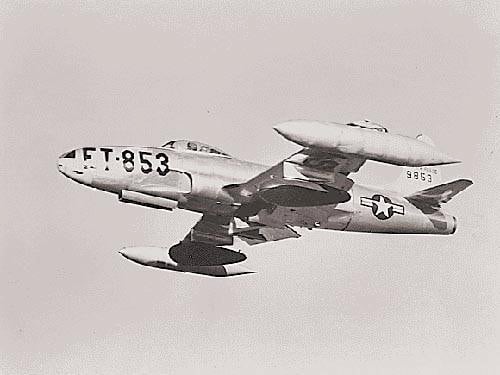 Our orders flew away in order — they flew in pairs, rebuilt in the air — and off. But whoever came back, did not even immediately disassemble. In the Korean sky, our MIG-15 was opposed by various types of aircraft, mainly American-made:

- Take at least these "jokers", as we called them (the R-86 jet fighter "Shutting Star") - on the horizon with them it was impossible to fight, too high-speed, reptiles. But on our verticals they beat them, as they say, in the whole piece of iron, although the Americans flew in a bunch, about five or ten. B-29 - they flew high, so we didn’t see them ... There were also Saber, Air Cobra, in general, a zoo ... The battles were fierce, what can I say, the pilots got tired terribly. You look - he barely crawls out of the cabin, all wet, and immediately - into the bushes: they flew in oxygen masks, and after them they vomited terribly, so there was no time for fat.

It has become especially difficult for us lately, just before sending Sergeant Sokolnikov home: the Americans became impudent before they started to watch MIGs right near the airfield, on landing. And the plane returning from the mission and approaching the landing is easy and practically defenseless mining: the fuel is running out, the ammunition is spent.

- I will never forget one case. It was like in a nightmare, it was scary to even remember ... In the battle, our plane caught me, but he still got to the base. On the belly, descending from the strip and leveling the fortifications of the anti-aircraft gunners with the ground, landed with their nose buried in the edge of the ravine. And the tail was on the other side. So he broke down in the middle, wedged the cockpit canopy, We ran up, opened it with a sin in half, but we can’t pull the pilot out - with the dashboard and the control levers he firmly clamped his legs. And then began to tear ammunition - they, as a sin, not a lot, but left. What was going on - do not pass; the plane burns, the shells explode, and the pilot screams, curses, cries: “Cut your legs, damn it! ..” They didn’t have time ... And it burned alive. Obukhov, in my opinion, his name was ...

Sokolnikov's regiment shot down about 100 American aircraft during the fighting, His people were buried in a foreign land by the Russian cemetery of the city of Port Arthur 13 people.

- “Man” - this is too strong a word: sometimes it was possible to find only a heel from a shoe or a semi-burnt bone. The turbine is located behind the fighter jet, so when it strikes the ground, it simply grinds the pilot who did not manage to eject. So, we’ll type what was left of him, in a box, in the port-arthur military commandant's office they would allocate a coffin where this box was nailed, so that it wouldn’t hang inside, So they buried it. With all military honors.

Boris Sokolnikov arrived in China in March, 1951, and left in February, 52, after a year of war, having changed to newcomers who arrived. He left a millionaire - just about a million Chinese yuan a month was his salary in Korea and China, and in the Soviet Union they already paid in rubles. And in the suitcase he carried an honorary diploma from Chairman Mao himself.

So ended his war, which Boris Vladimirovich doesn’t like to talk about, but if they really ask, she refuses - why not, there’s nothing to be ashamed of ...

Certificate for the "Jubilee Medal"

In memory of the Soviet comrades-specialists who gave us friendly assistance in creating the main arms of the People’s Liberation Army of China, therefore Comrade Boris Vladimirovich Sokolnikov was awarded the commemorative medal. In what and makes sure.

Chairman of the People’s Revolutionary Military Committee of the Central People’s Government of the People’s Democratic Republic of China.
Mao Dze Dun
(spelling in translation preserved)

Ctrl Enter
Noticed oshЫbku Highlight text and press. Ctrl + Enter
We are
Today 79 would be the first man who flew into space - Yuri Alekseevich GagarinBy the 70 anniversary of the landing and the formation of a bridgehead Small land
Military Reviewin Yandex News
Military Reviewin Google News
15 comments
Information
Dear reader, to leave comments on the publication, you must to register.