The Ministry of Defense passes the hammer. New rules for the sale of military equipment 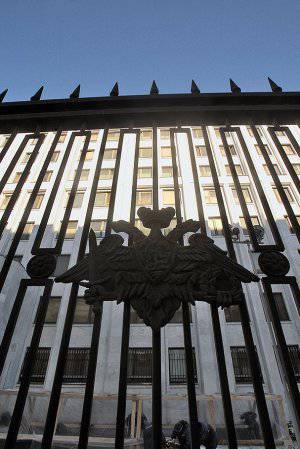 
The Ministry of Defense has developed three projects relating to the new rules for the sale of military equipment. The Office proposes to make changes to the presidential decree "On changing the procedure for the sale of military equipment released, the privatization and privatization of military trade enterprises" 1997 of the year, as well as a number of decrees that have been taken since then by the government until the 2008 of the year when the Defense Ministry was given the non-core functions of an exclusive seller your property. After analyzing the "significant experience of self-realization of real estate," accumulated by the Ministry of Defense, headed by Anatoly Serdyukov, the new leadership recognized it as negative. Since the appointment of Sergei Shoigu as Minister in November 2012, a moratorium has been declared on the privatization of the department’s property, Dmitry Kurakin, head of the Department of Property Relations of the Ministry of Defense, told Kommersant.

Defense Minister Sergei Shoigu first reported on the need for reform in June at a government meeting (see Kommersant on June 14). Created by his predecessor Anatoly Serdyukov, the reputation of the department as a "trading platform for the sale of assets" and the results of such a realization "do not suit anyone," he said, proposing to prohibit the military to independently sell the released assets for the purpose of "de-commercializing the Ministry of Defense." It is the practice of such sales that led to the loudest corruption scandal in the country in connection with the “Oboronservis case”, which caused damage to the state by 5 billion rubles. and who cost Mr. Serdyukov the minister’s chair.

The rules of "self-realization" of real estate were approved by the order of Anatoly Serdyukov 3 March 2010. Since then, the military have organized 256 auctions with a total starting price of 33,165 billion rubles. But in the end, only 88 auctions took place, in which 15,66 billion rubles was managed to be rescued. All tenders were "held in Moscow regardless of the actual location of the property," and only at open auctions (without electronic tenders) that were "declared invalid because of the absence of buyers," the authors of the project list the problems that need to be resolved. According to the ministry, the surplus property, including the decommissioned equipment, requires significant expenses for its maintenance and protection: for example, the liberated military camps guard about 7 thousand troops.

The Ministry proposes to entrust the preparation and conduct of tenders, including market valuation, exhibiting and advertising of objects, professional sellers selected by competition, whose remuneration will be directly dependent on the results of tenders. At the same time, the military refer to the experience of selling federal property of other departments that has already justified itself. Recall that the government in 2010 for the first time approved a list of 23 investment companies accredited for the sale of privatized state assets.

As an incentive for effective preparation and conduct of tenders, the Ministry of Defense proposes to establish a system of percentage remuneration for intermediaries when selling, depending on the total cost of the transaction, as well as on the difference between the initial and final selling prices. At the same time, it’s not the budget that will pay for the services of the sellers, but the buyers of the assets. In addition, it is proposed to expand the possibilities of using various methods of bidding - in particular, of Dutch auctions for lower prices, in order to get rid of difficult realizable movable property. Including 25 thousand tons of ferrous scrap stored in a warehouse in Ulan-Ude, which the Ministry of Defense is forced to sell according to the current rules from a public auction in Moscow, gave an example of Mr. Kurakin.

By decision of the government, projects must be submitted for approval by 1 September. The public comment procedure ends today, and now the military department has to coordinate proposals with the Ministry of Economic Development, the Ministry of Finance and the Ministry of Regional Development. According to Dmitry Kurakin, the Ministry of Defense has already formed a list of properties for sale in 2014. It includes about 30 objects (more than half of them - in Moscow, St. Petersburg, Moscow region and Leningrad region) with a starting value of 6,2 billion rubles.