We work in advance 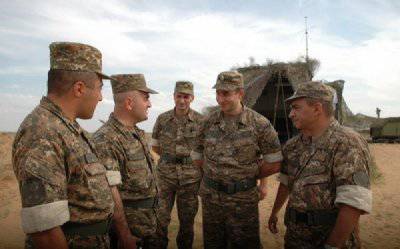 The commander of the air defense brigade of the Air Defense and ABM Defense Command of the Aerospace Defense Colonel Konstantin OGIENKO became the guest of the next release of the program “Military Council”, which goes to Ekho Moskvy radio station and Zvezda TV channel.


- Quite recently, the Aerospace Defense Forces officially appeared in our Armed Forces ...

- By and large - just a year and a half ago. In general, we carry out the tasks that are entrusted to us by the President of Russia - the Supreme Commander-in-Chief.

For example, once every two years, on odd-numbered years, the Combat Commonwealth Combined Air Defense System exercises of the CIS Air Defense System take place. CIS countries represent their units. In real conditions, it is checked to what extent we are prepared for the performance of air defense tasks. Russia this year will be represented by a brigade that I command. Preparations for “Combat Commonwealth - 2013” have already been completed in principle. Already on August 18 we are loading and leaving with our equipment to Ashuluk. At the test site, we will show how ready we are to carry out the tasks assigned to us.

- What composition will you participate in the teaching?

- We put forward two regiments. One regiment, an anti-aircraft missile, is armed with a C-400 system. One of the divisions is armed with the Favorit system, modified according to the latest model. Only we have put this complex into service. We have not fired at him yet. For us it will be a kind of debut. Another regiment - radio. He will serve our entire grouping.

- And what is the total number of people and equipment who will participate in the exercise from the Russian side?

- About five hundred people and 100 units of equipment. Three tiers. This we have not yet been. We used to come to the training ground of the 185 training center and fired on the equipment that was there. Now everyone comes with their equipment. The Minister of Defense made such a decision.

- So the training will be checked not only people, but also technology?

- Absolutely. We can say that our calculations are able to perform the task of air defense, go to landfills, destroy real targets. Our equipment, of course, when it was taken, was also checked. But some time has passed. So we find out how she is combatant. We will repeat, we are going with our equipment and we can determine from the results of our shooting how ready not only the calculations are ready, but also the equipment that these calculations exploit.

- And what other CIS countries will participate in the “Combat Commonwealth – 2013”?

- The participation of the armed forces of Ukraine, Belarus, Armenia and Tajikistan is expected.

- They will also come with their equipment?

- Belarusians, apparently, will come with their equipment. Everyone else will shoot from the equipment that stands at the training ground. Ukraine will be represented aviation. According to the idea of ​​the exercise, it is necessary to simulate a situation in which actions will occur as part of a certain segment of the CIS air defense group. The commander of the East Kazakhstan region, who is the head of all the anti-aircraft forces of the Commonwealth of Independent States, will command this entire group. The forces and means of all states will be directly subordinate to him. In this case, everyone will be engaged in their task. Naturally, the whole concept of the doctrine is not yet fully revealed to us. We are going, our task is to turn around, take military formations and be ready to carry out the mission as intended. Everything will be sudden both for our colleagues from other states and for us. 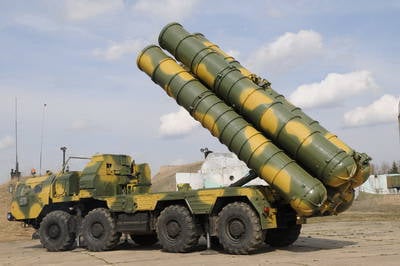 - What are the criteria for evaluating the actions of the participants of the exercise?
- The main criterion is efficiency. The number of launched missiles is compared with the number of downed, destroyed targets. A performance indicator of less than 90 percent is very rare.

The larger the target, the more effectively it has a reflective surface, the easier it is to work on it. Each part, compound, and union is assigned a front-line task, where it is written, what kind of an enemy strike is expected, and what is the limit of responsibility of a particular part, union, or union. Based on this, given the number of available firepower, with certain mathematical calculations in various situations, we can assume the effectiveness of our work. If we take the last inspection, which was in May according to the plan of the Minister of Defense, at the same time in our area of ​​responsibility there were about a hundred air facilities. The air force imitated a strike on us of the 100 order of enemy air targets from the north, north-west. Honestly, in more than 20 years of service I have never seen anything like it. Frankly, it was hard work. But we coped with all the tasks assigned to us with high efficiency, which we noted at the Board of the Ministry of Defense.

- Air objects were modeled by a computer or were these real aircraft?

- These were real 100 air objects. Various airplanes and helicopters. A massive missile and air strike was simulated on our main protected object - the city of Moscow. I was at the command post. Black indicators were markers of the target. And we worked on them.

- But you did not start?

- No, the launches were simulated, but everything else is real.

- And will the upcoming teachings be real?

- Yes. Now - no convention. Everything is fair.

- And how fast can an imitation target go?

- At such speeds, the role of a person changes ...

- Of course, with a massive raid mainly automatics works. But without a person, it will not work, it cannot. It also happens that the system, automation can not recognize false interference. And man can do it.

- Our Armed Forces and industry are trying to work ahead of the curve ...

- We try not to keep up, but to work with the reserve. For example, the Pantsir-S anti-aircraft missile-gun complexes (ZRPK) are the flagship of the national short-range air defense system. They are designed to protect civilian and military installations, to cover the long-range anti-aircraft missile systems C-300 and C-400. The missile and cannon armament complex implemented in them allows shelling of airborne targets throughout the entire depth of the affected area, starting with long-range high-altitude targets and ending with suddenly appearing small-sized objects flying at extremely low altitudes. The new complex is able to detect simultaneously up to 10 targets. The Pantsir-S ZRPK is armed with a 30-mm cannon, as well as 76 and 90 mm rocket launchers. Ammunition ZRPK enough for 1,4 thousands of cannon shots and 12 missiles. There is no such complex in any country in the world.

Or an example. 2013 received the latest radar equipment - all-high-level detectors capable of simultaneously detecting more than 6 targets of various classes - airplanes, helicopters, remotely piloted aircraft and air defense missiles. to 100 km at low, medium and high altitudes. New radar tools are designed to review the specified detection zones, automatic capture, tracking, selection of targets for issuing target indications to anti-aircraft missile systems, identifying the nationality of targets. ZRMS S-400 "Triumph" are in service with anti-aircraft missile regiments of the Aerospace Defense Forces, which are on alert for the protection of the aerospace boundaries of Moscow and the central industrial district.

In total, this year, around 20 of new radar stations of various modifications will be supplied to the radio engineering units of the Aerospace Defense Forces. Among them are the radar stations "Gamma-S", "Nebo-U", "Podlet-K", as well as all-height detectors. In the armament of the radio engineering units of the Armed Forces of the East Kazakhstan region in 2013, the modernized radar facilities Desna, Casta and others will also be supplied.

As part of the transition to modern digital communication technologies, the Aerospace Defense Forces are testing the collective and personal video conferencing system. Its implementation allows to significantly increase the level of interaction between the unions and formations of the Armed Forces of the East Kazakhstan region, and also reduces the time for making decisions on troop control. In addition, as part of the complex equipment of command and control centers and communication centers of the EKR Troops, modern digital communications equipment is being introduced with new digital radio relay stations, automatic telephone exchanges of closed and open telephone communications, and local high-speed data networks.

To ensure the transmission of telemetry information in the framework of information exchange during the flight test design and the regular operation of rocket and space technology at the facilities of the Space Command of the VKO Army, equipment for the Primorka satellite communication system is being installed. The planned rate of introduction of new digital systems and upgrading the entire spectrum of satellite communications, HF and VHF radio stations, technical support complexes and repair of communications means will allow the 2018 to fully translate the communication system of the East Kazakhstani Army to modern digital technologies for transmitting and processing information. Today, the communication system of the EKR Troops provides the operation and transit connection of both open and closed communication channels, including those allowing high-speed data transmission using modern digital systems, between the EKO Army headquarters, subordinate units and military units, objects of the Russian Defense Ministry, enterprises and organizations of the Federal Space Agency of the Russian Federation, the military-industrial complex of the Moscow region and a number of other organizations.

As the General Staff General Valery Gerasimov, Chief of the General Staff, noted at a recent meeting of the Collegium of the Ministry of Defense, in 2015 it is planned to upgrade the equipment of the Armed Forces to 30 percent, and in 2020 to 70 - 100 percent. In particular, in the 2016, the development of the new C-500 anti-aircraft missile system will be completed.

Ctrl Enter
Noticed oshЫbku Highlight text and press. Ctrl + Enter
We are
A great interview with Sergey Lavrov: about Ukraine, Obama and IranMilitary reform as an integral part of the security concept of the Russian Federation: Systematic dynamic assessment
9 comments
Information
Dear reader, to leave comments on the publication, you must to register.