August 16 2013
12
From the internet you can find out a lot of information about different types. weapons, for example, guns designed KB, which was headed by Vasily Grigorievich Grabin. But in hundred-rone remains the problem of a shot (ammunition) to these guns.


A small digression — life, in my declining years, determined to “plunge” into weapon problems. How successfully I solved one of the problems can be found in my patents: 24844416RU, 2486438RU (year of priority - 2011). The first patent was issued for a bullet, which, in my opinion, will replace the bullet of the a la Krupp form of model 1881 of the year (reference to the bullet proposed by Krupp: http://www.ada.ru/guns/ballistic/bc/index.htm).

Without pretending to originality and completeness of the description, I propose to assume that I am writing this note not by malicious intent and also not by thoughtlessness, but only in pursuance of the Will of Fate.

As a techie, I’m interested in the question: “What is the design of 76,2 caliber mm ammunition, for example, for the F-22 divisional gun (model 1936),”? In the version that was put into service, she had a shot with the 1900 sample case of the year. Perhaps the designers offered a different shot? After all, the drawing is a kind of “manuscript” of the industrial era! Where can I find a drawing of this shot?

Instructive история F-22. Quotation from [2]: “In 1942 and the first half of 1943, the Wehrmacht’s most powerful anti-tank gun was indeed the F-22: in 1941, several of these guns were captured unharmed. Five hundred and sixty F-22 cannons were converted into towed anti-tank 7,62-cm cannons PAK 36 (r). The Germans squandered the F-22 camera, increased the charge 2,4 times, set the muzzle brake, reduced the angle of elevation, and eliminated the variable rollback mechanism. ”

Do not forget that, on June 22, 1941, a lot of military equipment, in particular, tanks, could not make one shot - due to the lack of such. The People's Commissariat of Ammunition did not provide the Red Army's need for ammunition!

Yes, the share of costs for the production of ammunition is large, but without them the weapon turns into a product that the enemy uses against you - the industry of your country has worked for the enemy!

Briefly about the situation in the scientific and technical field, Germany and the Land of the Soviets - before the Great Patriotic War, i.e. in between two wars.

Germany, as a defeated country, is humiliated and economically crushed by exorbitant indemnities. But, the intellectual and scientific elite of Germany is working, for example, designer gunsmith Hugo Schmeiser [Hugo Schmeisser (1884-1953)].

I quote from [1]: “... Contrary to the definitions of the Treaty of Versailles, it is thanks to Hugo Schmeisser that the production and research on machine guns is actively continuing. In 1928, Hugo Schmeisser developed the MP 28. ”

The gunsmith designer Hugo Schmeiser will once again say his word - he will create a StG-44!

In the Land of the Soviets, to create their own military-industrial complex, there is practically no intellectual-technical class — those who were shot during the fratricidal Civil War, who were expelled after it ended.

But, without the Armed Forces, there can be no Soviet State — just as Germany cannot regain its independence. Therefore, the Political Leadership of these countries and begin mutual cooperation, in particular, in the military-technical field.

In 1930, Vyacheslav Molotov was appointed chairman of the Council of People’s Commissars.

I quote from [2]: “On the sixth of August 1930, the head of the State weapons and machine-gun association, comrade Budnyak, and the head of BÜTAST, Mr. Hugo Freizenstein, concluded an agreement on technical assistance in Berlin.

Countries made a kind of “exchange” - Germany provided technical knowledge (technology), the carriers of which were German engineers. The country of the Soviets has provided part of its territory for the work of these specialists and the training of young engineers in the Land of Soviets. Many of these engineering students were recently called “off the plow”.

[2] ... Rheinmetall supplied all the documentation for the 2-cm anti-aircraft gun, two samples of the gun and one spare swinging part. The price of 2-cm gun "Rheinmetall" was 24 thousand German marks. For comparison, in 1933, the plant number 8 for one machine 2K paid 18 250 rubles.

Rheinmetall offered to install a 2-cm gun on a motorcycle. The weight of the motorcycle with two soldiers and 300 ammunition was supposed to be about 775 kg.
After testing 2-cm gun company "Rheinmetall" was put into service under the name "20-mm automatic anti-aircraft and anti-tank gun arr. 1930. 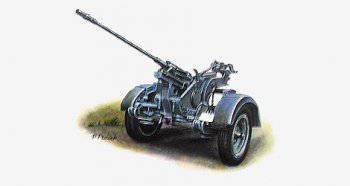 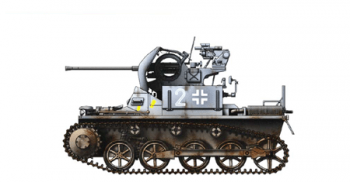 [2] ... The production of 3,7-cm anti-tank guns of the Rheinmetall company was launched in 1931 at the plant number 8 in the Moscow region village of Podlipki, where the gun received factory in-dex 1K. By order of the Revolutionary Military Council of February 13 1931, the gun was adopted under the name of "37-mm anti-tank gun mod. 1930. The shots of the Soviet and German guns were completely interchangeable. ”

Could it have been possible to get such a quick result by ourselves - without the help of German engineers ?! NOT!!! The Germans-engineers passed on the most valuable thing - knowledge and production experience!

The factories, by trial and error, were able to understand and master the entire production and technological chain of manufacturing weapons and ammunition.

The Red Army began to learn how to handle new equipment, and the design bureaus and factories could improve both weapons and production. But even to copy an already finished sample, time is needed! And if everything had to start with a “clean slate” - and even in conditions, when it is clear that there will always be war!

One of the 37-mm anti-aircraft automatic cannon shots

From which publicly available documents to find out about 7,62 caliber ammunition for anti-aircraft guns, surely these questions were reflected in the contract ?! At which plant were all the above mentioned munitions manufactured?

The history of the creation of the above mentioned ammunition, as well as their development in production, is still waiting for its researcher - I just asked some questions!