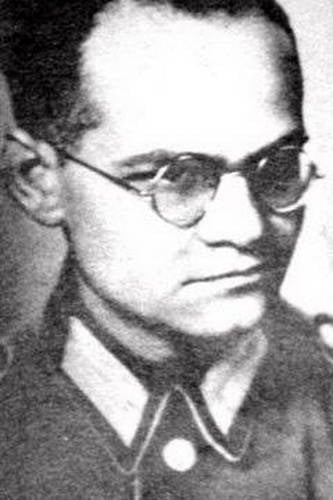 The German Wehrmacht left an unkind memory of itself. No matter how much his war veterans would deny from numerous war crimes, they were not only soldiers, but also punishers. But the name of this Wehrmacht soldier in Serbia is pronounced with respect. A film was made about him, his name is on the pages of the Serbian textbook. stories.

In July, a partisan detachment was crushed in Serbia, near the village of Vishevets, in Serbia. After a hard battle, a sweep was carried out, during which 1941 local residents suspected of supporting and sympathizing with the partisans were arrested. The military court was fast, his sentence was predictable: all 16 were sentenced to death. To enforce the sentence, a platoon was assigned from the 16 Infantry Division. The convicts were blindfolded and set to a haystack. The soldiers began against them and took the rifles to the ready. In a moment, the “Feuer!” Team will sound, after which 714 people will join the endless list of victims of the Second World War. But one of the soldiers lowered the rifle. He approached the officer and declared that he would not shoot: he was a soldier, not an executioner. The officer reminded the soldier of the oath and put him before a choice: either the soldier returns to the line and, together with others, executes the order, or he will stand at the stack with the convicts. A few moments, and the decision was made. The soldier put the rifle on the ground, went to the Serbs sentenced to death and stood next to them. The name of this soldier is Josef Schulz.

Was it or was it not?

For a long time, the very fact of the refusal of Joseph Schulz to participate in the execution of civilians and his subsequent execution was questioned. It was argued that this whole story is communist propaganda. The Schultz family received an official notice that the corporal Josef Schulz gave his life for the Fuhrer and Reich in a battle with Tito's “bandits”. But the commander of the 714 Division, Friedrich Stahl, described the incident in detail in his diary. Were even found photos taken by one of the participants of the firing squad. On one of them is Josef Schulz, without weapons and without a helmet goes to a haystack to stand among the shot. The point in the dispute put the exhumation of the remains of the dead in 1947 year. Among the 17-and buried one was in the form of Wehrmacht troops. Josef Schulz did not die in battle, but was shot. The command of the division decided to hide the disgraceful fact that the soldier did not fulfill the order, and the company commander, Lieutenant Gollub, sent mother Schulz to Wuppertal a notice of the heroic death of her son in battle. 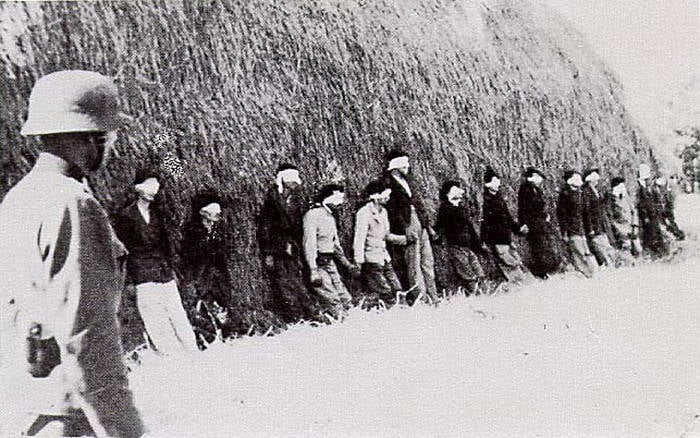 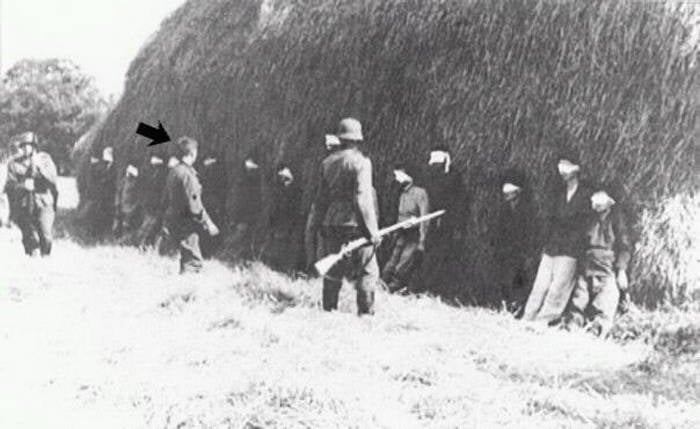 Preserved photo taken by one of the skirmishers: Wehrmacht soldier goes to the Serbs

Who is he, Joseph Schulz?

There is nothing heroic in the biography of Corporal Joseph Schulz. His father died in World War I, Josef remained the eldest in the family and began his labor activity early. Vocational School, the work of the designer windows. According to the memoirs of his brother, Joseph was neither hot-tempered, nor foolish, nor aggressive, but rather soft and sentimental. Never engaged in politics, was neither a communist nor a social democrat. 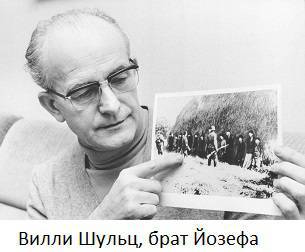 He was ready to serve his homeland and the Führer. At the time of his death he was 32 of the year, a man with an already fully formed worldview. He knew perfectly well how a soldier who refused to execute an order was punished in wartime. Why didn't he just shoot in the air? After all, no one would know that his bullet flew past. But then in the eyes of all the others, he would have become a murderer and would have stayed forever. Unlike many, neither the oath, nor the military debt, could become an excuse for him. He consciously decided to die with clean hands and a name.

In Serbia, a monument to the dead stands on the site of the tragedy. There is a sign on the monument with the names and surnames of the executed. 17 surnames: 16 - Serbian and 1 - German.

Soviet film director M. Romm said: “You need to have considerable courage to give your life for your Motherland. But sometimes you need to have no less courage to say “no”, when everyone around you say “yes”, to remain a person, when everyone’s surroundings are no longer people. Still, there were people in Germany who said no to fascism. Yes, there were few such people. But they were. 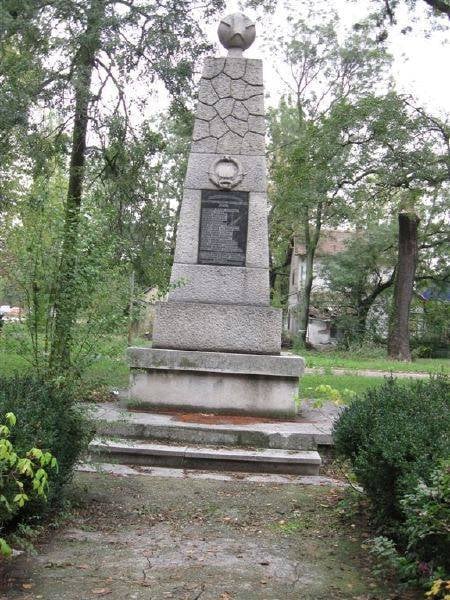 Monument to the shot