August 16 2013
101
The so-called Putin Doctrine, which has become Russia's main strategy in foreign and domestic policy, can greatly harm the country both in economic terms and in the sphere of international relations, writes American political analyst Leon Aron in his article for Foreign Affairs 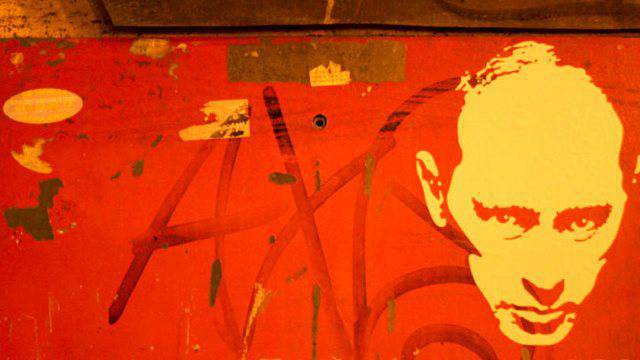 In order to understand “where Russia is going,” Washington needs to understand that the main strategy of Russia in foreign and domestic policy is the so-called Putin Doctrine, a political scientist writes in the pages of Foreign Affairs. According to the analyst, the main goals of such a “doctrine” are to maintain the role of Russia as “a nuclear power, a cultural hegemon in the post-Soviet space (with the exception of the Baltic states) and a great world power.”

“Because of Putin’s special perception of the last of these imperatives, Russia is trying to counterbalance the United States,” stresses Aaron. And the provision of temporary asylum to the whistleblower Edward Snowden was only one of the steps in this direction, the researcher notes: the Kremlin also opposes Washington in Iran and Syria.

In recent months, the Kremlin has increasingly pursued the goals set by the Doctrine: this is evidenced by both “growing authoritarianism in domestic policy” and “non-compliance in foreign policy,” Aaron writes. Despite the efforts of American politicians and the signing of the START III treaty in 2010, as a result of which “the number of deployed strategic nuclear weapons and their delivery vehicles from the United States has decreased to the Russian level”, Russia continues to fight for the status of a nuclear power, stubbornly resisting the creation of an anti-missile defense system , "Perceived as a threat."

Vladimir Putin also continues to move toward another goal, the Eurasian Union "under the control of Russia," writes the analyst. Hillary Clinton has already criticized this initiative as an "attempt to re-Sovietize the region." At the same time, Russia refuses to settle with Georgia the problem of Abkhazia and South Ossetia, which “actually remain Russian protectorates,” Aron notes.

In addition, Putin’s regime "is still trying to strengthen state control over society," the political analyst stresses. “This impulse shows that the Russian authorities prefer short-term stability, rather than large-scale reforms necessary to maintain long-term progress in the economy, politics and the social sphere,” the analyst believes. Repressions are continuing against the Russian opposition, especially against “its most charismatic leaders, for example, Alexei Navalny and Sergey Udaltsov,” the author notes.

Meanwhile, Moscow’s domestic policy is becoming an “important annoying factor” in Russian-American relations. In particular, in a recent statement by the White House on the reasons for Barack Obama’s refusal to meet with Vladimir Putin, Washington’s concerns about the state of «human rights and civil society’ in Russia were heard for the first time - the administration of the American president was silent about this, says Aaron. However, “repressions in Russia, as well as frantic anti-American propaganda, which always complements them, are unlikely to stop in the foreseeable future,” the analyst believes. According to Aron, such a policy is dangerous for Russia, as it undermines economic growth and worsens the investment climate.

The “Putin Doctrine” can be costly for Russia, both in the economic and in the social and, ultimately, in the political sphere, a political scientist warns. This year, the country's economic growth is projected at 2,4%, which is incomparable with the 7-8% that were observed during Putin’s first two terms, and two times less than the 5% promised by him last year, Aar writes. The country's budget next year will be seriously cut, and the authorities will start “planning with education and health care,” and pensions, which are “the lowest in Europe anyway,” are unlikely to rise, the analyst believes.

“Tightening the belts,” the Russian authorities will push their supporters away, because Putin “can no longer generously shower them with handouts,” Aaron continues. Already, the president is rapidly losing support among the population - but according to the “logic of authoritarianism,” the authorities' response to such discontent will be a further increase in repression and “an even more active search for an external enemy, which the United States appears to be all the time.”

Because of the confrontational course that Russia has chosen as part of the Doctrine, Washington may prolong the “strategic pause” recently announced by Barack Obama, the analyst believes. And as long as Russia continues to follow the Doctrine, the US authorities will most likely not restore full-fledged relations with Moscow. At the same time, Putin’s confidence in the correctness of his course “will remain unshakable,” unless “the economic crisis or the president is embarrassed by the whole country, for example, by failing the Olympics”. According to the political scientist, Putin was overcome by pride, "the illness of all authoritarian rulers, who had lingered for a long time at their post."

And relations with the United States will be able to recover no earlier than 2018 of the year, when Putin begins to prepare for elections for the fourth term, “despite the fact that today the percent of Russians do not want to see him at the 55 presidential office,” the political scientist said. By that time, due to large-scale protests that will unite "opponents of the political and economic course", the president may have to falsify the elections in order to win and "catch up with Stalin, who was in power of the 24 of the year." According to Aron, only after these events can Russia abandon the “Putin Doctrine”, and a new diplomatic era will finally come in relations between Moscow and Washington.

Ctrl Enter
Noticed oshЫbku Highlight text and press. Ctrl + Enter
We are
"Putin Doctrine" and the true causes of the Russian-American conflict ("Forbes", USA)Russia after the election: a review of the American press
Military Reviewin Yandex News
Military Reviewin Google News
101 comment
Information
Dear reader, to leave comments on the publication, you must sign in.