Shoigu summed up the surprise checks of the army 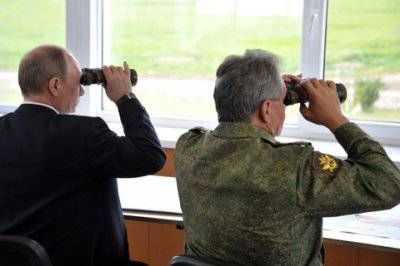 During a series of surprise inspections of the Central and Eastern military districts, more than 150 combined-arms and special exercises were conducted with various types and types of troops.


Russian Defense Minister Sergei Shoigu, along with his deputies and representatives of the troops on Thursday, summarize a series of surprise inspections of the Central and Eastern military districts.

“In general, the tasks have been accomplished,” noted Shoigu. At the same time, he announced a number of shortcomings.

According to the minister, once again problems with communication and control were detected at the tactical level. In the near future, the priority task of the Ministry of Defense will be to eliminate this drawback.

In addition, Shoigu noted the lack of individual combat training in the composition of combat crews and platoons, especially when firing from regular weapons. According to him, there were also equipment failures when making marches over long distances. Nevertheless, all the marches were completed successfully: the repair and technical divisions quickly eliminated all failures.

As another flaw, Shoigu noted the incomplete compliance with modern engineering requirements. One of the reasons, he said, is that the engineering units have recently been engaged in the disposal of obsolete and unusable ammunition.

There are also problems with the arrival of new equipment to the troops, Shoigu said. The Minister did not specify what technique he has in mind.

The chief of the General Staff, Valery Gerasimov, in his report noted that they require updating the equipment and equipment of mobile field stations. In particular, he attributed the reduced results that the personnel showed to insufficient preparation of the young recruits, who arrived at the troops shortly before the inspections.

Particular attention during the exercises was paid to the Pacific the fleet, said Gerasimov. It also revealed shortcomings in the preparation and functioning of rescue forces. Measures will be taken for their technical equipment, said the chief of the General Staff.

There are other drawbacks, he concluded. All of them will be summarized, a set of measures will be prepared for each of them, aimed at eliminating all the shortcomings.

During a series of surprise checks, more than 150 combined-arms and special exercises were conducted with various types and types of troops.

A series of sudden inspections of the Russian army began in the winter of this year - for the first time in the post-Soviet years. During this time, the command evaluated the combat readiness of the units of the Central and Southern military districts, airborne forces, military transport aviation and the Navy and, according to the chief of the General Staff of the Army General Valery Gerasimov, revealed a number of systemic shortcomings.

Ctrl Enter
Noticed oshЫbku Highlight text and press. Ctrl + Enter
We are
Commentary on A. Petrov's interview “Fire and Tactics in the Russian Army: Another Look”Military reform as an integral part of the security concept of the Russian Federation: Systematic dynamic assessment
31 comment
Information
Dear reader, to leave comments on the publication, you must to register.