And the load is now there. NATO did not use transit through Ulyanovsk 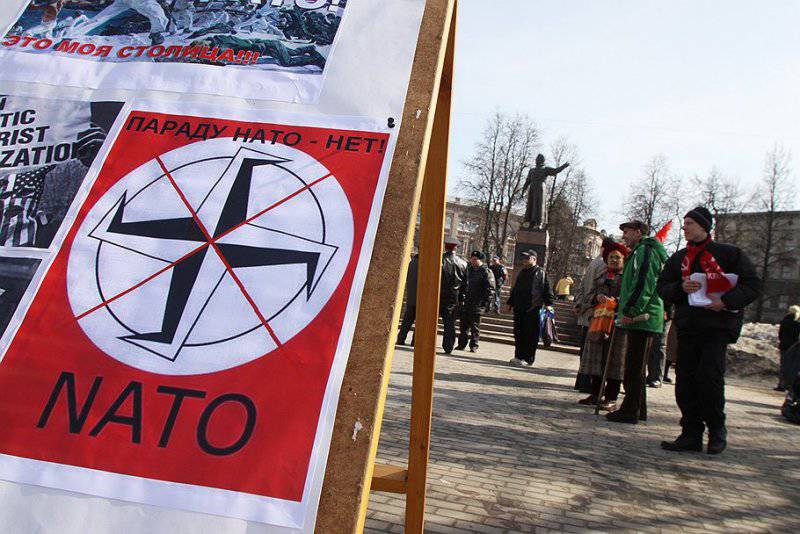 The transshipment center in Ulyanovsk, which Russia provided NATO a year ago to provide for “combined transit” of cargo from Afghanistan, turned out to be unclaimed. As Kommersant found out, so far the countries of the alliance have not signed a single contract with the Russian carriers authorized to service Ulyanovsk. Interlocutors of "Kommersant" at NATO headquarters complain that Russian companies inflate prices. A source in the government structures of the Russian Federation assured “Kommersant”: the alliance is simply afraid to be dependent on Moscow.


Launched exactly a year ago, the transit project through Ulyanovsk, Russia and NATO, were among the most successful examples of cooperation. Moscow hoped that a large proportion of more than 100 thousand containers and 60 thousand vehicles that the International Security Assistance Force (ISAF) planned to take out from Afghanistan would be sent to Europe through Ulyanovsk. However, the route still remains unclaimed.

Sources of "b" at the headquarters of the Alliance explain: the point is the high cost of the route. “Opening the way through Ulyanovsk, the Russian authorities insisted that only Russian carriers should service it. And they were so overpriced that none of the ISAF member countries found this route attractive,” one of the Kommersant’s sources explained.

Meanwhile, it was NATO in 2011, who turned to Moscow with a request to consider the possibility of engaging the territory of the Russian Federation for the return transit from Afghanistan. On the eve of Pakistan, after another conflict with the United States completely closed its territory to the NATO convoys, while Uzbekistan and Kyrgyzstan refused to let cargo pass in the reverse direction. By that time, part of the route, known as the Northern Distribution Network, which now transits to Afghanistan more than 60% of non-military cargo of ISAF, has already passed through the territory of the Russian Federation - they are transported by air and by rail, but without transhipment.

At the beginning of 2012, the Russian Federation agreed to open a route for return transportation, proposing to use Vostochny Airport in Ulyanovsk. In August, the project was launched.

According to another source of “Kommersant” in NATO, many members of the ISAF immediately showed interest in transit through Ulyanovsk. In December 2012, the British made a test transfer of ten of their containers to the Camp Bastion base in Afghanistan and back. A source in the UK government told Kommersant that the test transit was deemed "successful."

However, the British did not sign any contracts. The Kommersant interlocutor in the British government explained: London prefers other routes, primarily through Pakistan and the Central Asian republics, which recently removed objections to the reversal of the transfer of NATO cargo. “The presence of several transit options allows you to make the relocation more flexible and guarantees the best price-quality ratio,” the source explained to Kommersant.

A Kommersant diplomatic source in one of the European countries participating in ISAF, who were interested in transit through Ulyanovsk, added: according to his government, transporting one container from Afghanistan via East will cost € 50 thousand, and through Uzbek Termez - € 30 thousand.

In Moscow, the situation is different. A source in the government of the Russian Federation explained to Kommersant that transit through Ulyanovsk was conceived primarily as a commercial project.

It was supposed to be implemented by the Volga-Dnepr air carrier and subsidiary structures of Russian Railways (according to Kommersant, Polet Airlines and the 224 flight team of the Russian Defense Ministry also took part in negotiations with the ISAF countries). The Kommersant interlocutor acknowledged that the two-stage transit through Ulyanovsk (to Vostochny by air, then along the rails) is more expensive than alternative routes, but he stressed: "It is faster and safer."

According to the Kommersant interlocutor, NATO did not use Ulyanovsk "for short-term considerations." “They feel sorry for paying the Russian Federation extra money,” the official said. “Moreover, they did not want to put eggs in one basket, the Northern Distribution Network. NATO fears that through the transit lever of the Russian Federation it will influence the alliance like Gazprom through gas leverage to Europe. It's all nonsense. "

Sources of Kommersant, which are close to commercial structures that should have been involved in transit through Ulyanovsk, give other reasons for the project’s slipping. According to the Kommersant interlocutor, NATO representatives insisted on transferring the rights of organizing the entire transit to a foreign company authorized by the alliance - its functions would be to enter into agreements with its direct participants. But, as explained by the source, "Kommersant", the proposal was rejected by the Russian Federation, including for reasons of national security. Another source told Kommersant that NATO representatives were simultaneously consulting with a number of Central Asian states, who, realizing that they could be out of work, removed objections to the return transit and offered lower prices than the Russian Federation.

Nevertheless, Moscow does not dramatize the situation with the lack of demand for transit through Ulyanovsk. Russia earns on alternative routes. Thus, a subsidiary of the Russian Railways Transcontainer OJSC transports cargoes of the ISAF European contingents (French, British and German) by rail from Hairaton station (Afghanistan) via the Galaba border crossing (Uzbekistan) to Riga, from where they are sent by sea to destination countries. According to Kommersant in Transcontainer, for six months of the current year, 52 TEU (container) was transported by this route.

Yes, and the Ulyanovsk authorities of the Russian Federation, despite the problems with NATO, predict a great future. "It will not work with these, it will come out with others," a source in government structures assured Kommersant. "We will still close the transit traffic. Ulyanovsk will be in demand - not NATO, but the UN or anyone else." 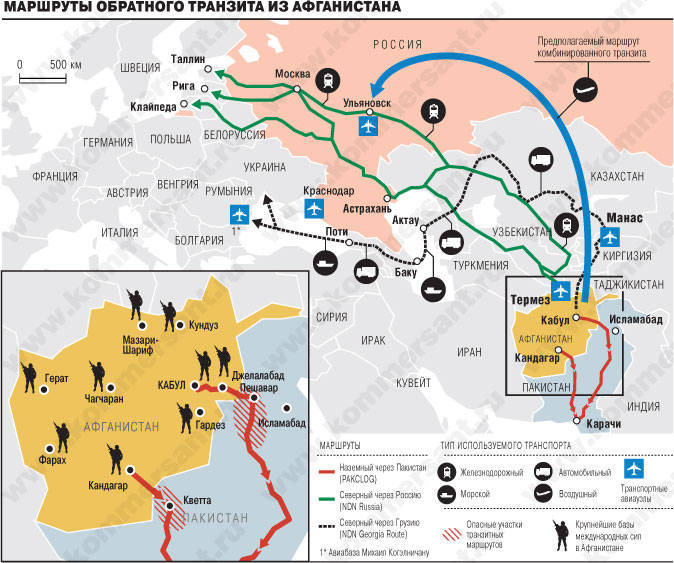