The military-industrial complex of Ukraine - guns for fat 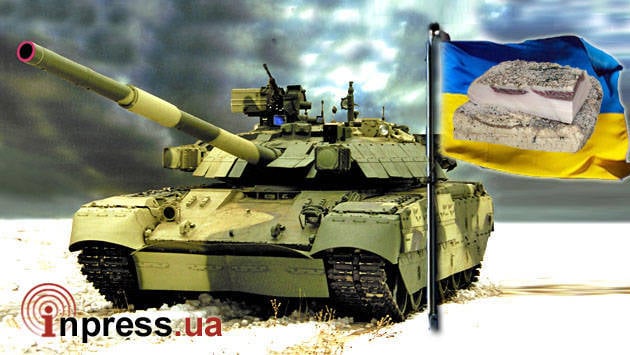 A paradoxical situation has developed in the defense industrial complex of Ukraine: with a high level of innovation and export potential, the industry is in a state of chronic crisis.


One of the main problems is poorly thought out and worse implementation of the defense reform. What measures should be taken to save the Ukrainian defense industry?

Over the next five years, the question of life and death for the majority of enterprises of the military-industrial complex (DIC) of Ukraine will be their ability to completely reorient themselves to export and find markets for their products abroad.

Moreover, this trend is caused not only and not so much by the chronic underfunding of the Ukrainian armed forces, which does not allow the implementation of modernization and rearmament programs in an appropriate amount. On March 25, 2012, the Cabinet of Ministers of Ukraine approved the “Concept for the Reformation and Development of the Armed Forces of Ukraine until 2017”, according to which the reduction of the army and fleet twice (at present, the number of Ukrainian Armed Forces is 144 thousand people, by 2017 it will be 70 thousand).

In practical terms, the implementation of this reform will mean for the defense industry enterprises the largest decline in government defense orders in two decades. And this despite the fact that 12 of February of this year, Andrei Artyushenko, Director of the Department for Development and Procurement of Weapons and Military Equipment of the Ministry of Defense, noted: “The defense-industrial complex is loaded with military orders for only three to four percent of its capacity” ...

Despite the general problem situation in the industry, dozens of large enterprises of the Ukrainian “defense industry” not only maintained a stable mode of operation, but also managed to create significant potential for promising innovative developments. For example, in such areas as aircraft construction, armored vehicles, shipbuilding, radar and optoelectronic equipment, Ukrainian products are at the level of the best world analogues and are in steady demand in a number of countries. And at first glance, all the possibilities for increasing export volumes are open.

Back in 2010, the President of Ukraine set the task of modernizing and increasing the efficiency of the defense industry. As part of its directives, a large-scale reorganization of the military-industrial complex management structure was carried out: by decree of the Cabinet of Ministers No. 374 of 6 on April 2011 of the 125, existing defense enterprises became part of the state concern Ukroboronprom.

The intentions of the country's leadership were good, but in practice, instead of streamlining the situation in the industry, their implementation led to the acute problem of excessive administration, increased corruption and production stoppage at a number of previously stable enterprises.

As a result, the Secretary of the National Security and Defense Council of Ukraine, Andriy Klyuyev, was forced to state: “In 2010-2011, a number of tasks were set to increase the efficiency of the defense industry. Unfortunately, the effectiveness of their practical implementation is low. Problem issues are not resolved and continue to accumulate. ” Such were the disappointing results of the ambitious reforms of the military-industrial complex.

The officials sitting in the chairs of the top managers of the state corporations of the military-industrial complex and in the offices of ministries sincerely considered themselves cool professionals and had no doubt that without much effort they could make a lot of money on export weapons. It seems that such high considerations were the basis for the ambitious program of military-technical cooperation between Ukraine and China. Figures were drawn such that it was breathtaking.

Recall that 16 in August 2010 of the year in the UNIAN news agency held a press conference of representatives of the Ministry of Industrial Policy of Ukraine under the following title: “Arms export to China will bring billions to Ukraine”. In particular, the meeting participants stated: “By 2013, the volume of exports of military products to China will reach the figure of 1,2 billion dollars.”

Such an encouraging start prompted the Cabinet of Ministers to join the process. On August 15, 2011, Mykola Azarov, during a meeting with the Chief of General Staff of the People’s Liberation Army of China, Colonel-General Chen Binde, said: "Ukraine is ready to intensify military cooperation, the exchange of military delegations, attachés, and expand the training of the Chinese military in higher educational institutions of the Ministry of Defense of Ukraine." At the same time, the Ukrainian prime minister identified the creation of heavy transport aircraft, large-tonnage ships, hovercraft as the promising areas of the military-technical cooperation, and construction tanks and air defense equipment. The government was tasked with developing a ten-year bilateral cooperation program.

23 August 2012, Dmitry Peregudov, General Director of Ukrspetsexport GC, presented a report on the group's financial and economic indicators for 2009-2011, which, in particular, contained information on the five-year plan for the upcoming work. According to this document, for 2012-2017. "Ukrspetsexport" has planned to export weapons and military equipment worth 5 billion. At the same time, 45% of products are supposed to be delivered to Asian countries, among which the main place belongs to China.

The above-mentioned nine-digit numbers of imaginary profits, it seems, just intoxicated some "specialists" in the arms trade. Any military expert knows that the Chinese prefer a “cunning approach” in armament procurement. Official Beijing has long been committed not to massive imports, but to pumping out advanced technologies and frankly pirated copying of innovative weapons and military equipment produced in Ukraine.

A simple example: the People's Republic of China signed a contract with the Sea company for the supply of an amphibious assault ship Zubr in the amount of only four units. It is clear why: the Chinese will simply copy these single items and then begin to produce them on their own. That is, the Ukrainian enterprise as a result will remain, as they say, "with the nose."

The same picture is observed in the rest of Ukrainian enterprises that succumbed to Chinese self-deception: the Chinese either bought small batches of products or demanded the transfer of production technology in full. It will take some three or four years - and the Ukrainian products copied to the People's Republic of China will be forced out from the foreign markets by the Ukrainian exporters.

One of the main causes of the crisis situation in the Ukrainian economy as a whole and in the defense industry was the gap between the unified production and technological chains between the enterprises of Ukraine and Russia.

It is known that for two decades of the newest Ukrainian stories in our country, not a single new factory or research institute has been established. The specific character of the defense industry complex of Ukraine is that it has a closed production cycle only for a small amount of military products.

For example, Ukrainian enterprises produce radar and optoelectronic equipment for Russian MiG and Su fighters, engines for Mi and Ka type helicopters, and so on. Back in 2010, a conference was held in Kiev: “Ukraine’s defense industry - problems and prospects”, during which the head of research programs of the Center for Army Research, Conversion and Disarmament Sergey Zgurets stressed how seriously Ukrainian enterprises depend on the Russian market: “When we talk about relationships Ukraine and Russia in the segment of the military-industrial complex, then half of our arms exports go to Russia. ” In other words, the defense industry enterprises of Ukraine and Russia "have nowhere to go from each other." They need each other.

Even 3 December 2012, a group of experts from the public council of the Military-Industrial Commission of the Russian government developed the analytical report “Russia as an importer of armaments: challenges and opportunities”, which emphasized that creating a fully autonomous Russian defense industry is impossible.

Accordingly, the interest of the Russian side in relation to Ukraine is not in the desire to steal R & D on the cheap, as China does, but in long-term cooperation within the framework of integrated structures, which will provide Ukrainian enterprises with permanent and stable orders. It seems that this is the only real path to the revival of the Ukrainian "defense".

What can the OPK give to “small” Ukrainians

At the time of independence, around 750 of defense industry enterprises with a total staff of 1,5 million were located on the territory of Ukraine. 140 scientific, technical and industrial organizations participated in the fulfillment of defense orders.

In general, Ukraine accounted for about 30% of the entire defense industry of the Soviet Union. Of course, over the past twenty years, the production capacity of the Ukrainian defense-industrial complex has noticeably decreased. Nevertheless, the industry confidently maintains its leading position in terms of innovative development, production of high value-added products. And subject to the adoption of economically verified measures for its revival, it can significantly contribute to solving the array of accumulated social problems that are considered intractable.

First of all, we should mention such an objectively favorable factor as the general, long-term increase in the level of military allocations of most countries of the world and the volume of the international arms market. This trend allows us to count on the possibility of a significant increase in export operations of defense-industrial enterprises of Ukraine.

Let us say more: such a measure, such as combining the efforts of Russian and Ukrainian enterprises in the markets of a number of foreign countries, will allow a full-fledged breakthrough in the development of the industry. This will mean the creation of a significant number of new jobs, the growth of wages in defense enterprises, a significant increase in revenues from enterprises in the sector to social items of the state budget.

So, due to the revival of the "defense" can be successfully solved the huge problem of military retirees, which today is a shaped disaster for the Pension Fund.

In addition, in the defense industry there is a fairly large number of so-called "dual-use technologies", suitable for use in "civilian" sectors of the economy, as well as in medicine, prevention of emergency situations and man-made disasters. The use of such technologies can give a new impetus to the development of the economy as a whole and help bring the country out of a state of many years of economic stagnation.

Ctrl Enter
Noticed oshЫbku Highlight text and press. Ctrl + Enter
We are
Georgian defense construction attemptsWhy do I need to change the army: reforming the armed forces in the world
Military Reviewin Yandex News
Military Reviewin Google News
40 comments
Information
Dear reader, to leave comments on the publication, you must to register.