Shard of the British Empire

August 15 2013
34
Recently, residents of Cyprus built an artificial concrete reef in order to eradicate what they consider to be Spanish fish poaching. This was the beginning of a quarrel between Spain and the UK. Madrid introduced a meticulous border control at the border: now the cars are in customs for three hours or even six hours. Moreover, Spain threatens to impose a frontier "admission fee": 43 pounds (fifty euros) from the nose for "there" and the same amount for "back." This is reminiscent of the services of an Arab in Egypt, who helps a tourist climb a camel for a dollar, and then takes the money and get off. London also initiated a major naval exercises at the southern tip of the Iberian Peninsula, aloud, however, noting that these maneuvers have long been planned. 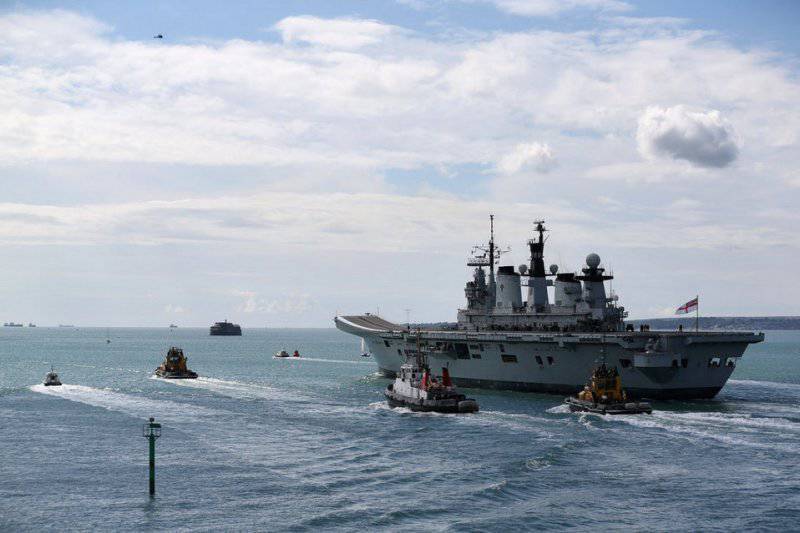 As can be learned from the Western media, the conflict started at the end of July. 24-th and 25-th in the Gulf of Algeciras seventy concrete blocks were dropped into the water. Reinforcing rods stick out of the blocks - a meter and a half long. In fact, it is an artificial reef blocking the passage of Spanish fishing vessels.

Spain responded with protracted checks at the border. In the queue, the machines stand idle for three to six hours, British newspapers say. Drivers complain that the customs officers are supposedly looking for smuggling.

Then the Spanish Foreign Minister Garcia-Margallo said that Spain plans to impose a tax on crossing the border with Gibraltar. The tax rate is Euro 50 (pounds 43). The tax, as they say in the press, is intended to compensate for the financial losses of Spanish fishermen. In addition, the Spaniards frightened Britain with a complaint to the United Nations.

Answers came from London. Madrid's border measures were called disproportionate and politically motivated on Downing Street, then they threatened to appeal to the European Court, and later, on August 12, ten ships of the Royal Navy fleet from Plymouth and Portsmouth went to Gibraltar as part of some "routine" planned exercises. True, it was publicly announced that Spain had been notified of these maneuvers ahead of time. The press also writes that Britain was going to defend Gibraltar "like the Falkland Islands." It is not surprising, therefore, that Argentina in this geopolitical quarrel showed solidarity with Spain ...

The inhabitants of Gibraltar themselves are not willing to be Spaniards. This was also shown by the 1967 referendum of the year: 12138 Gibraltarians voted against the transition under Spanish sovereignty, and only 44 was in favor. Later the referendums were repeated; they ended with a similar result. And today, when mass unemployment is rampant in Spain and a crisis is rampant, no one breaks into the Spaniards on the peninsula at all.

Gibraltarians want to be British nationals, still pay almost no taxes (there is actually an offshore: a single 10-interest tax for foreign companies, thriving online casinos, banking and financial consulting institutions) and use the military protection of the United Kingdom. They also want free movement towards Spain. Many Spaniards, by the way, work in Gibraltar: there are a lot of them - about ten thousand.

Fiona Govan ("The Telegraph") notes that many people at the border now abandon their cars and walk across the border on foot. Traffic jams at the Spanish border do not end.

Around 10000, the Spaniards cross this border every day, going to work in a self-governing British overseas territory, having an area of ​​just 2,6 square. miles and inhabited about 30000 people. The queues at the border were first formed on Tuesday this week in the morning, at about half past nine. By the middle of that day, the cars were already idle for five hours.

The Gibraltarians believe that the “checks” at the border are a retaliatory measure of Spain taken in protest against the creation of an artificial reef in the waters of Gibraltar, which are the subject of a dispute over the rights to fishing.

Fabian Picardo, the Chief Minister of Gibraltar, accused the Spanish government of distracting attention from its own internal problems with a new scandal. The Spanish government is accused of corruption, and these accusations also affect Mr. Rajoy (Spanish Prime Minister) himself, the Sky News politician said.

Interestingly, the party ERC, calling for a referendum on the independence of Catalonia, expressed solidarity with the self-determined Gibraltar.

Pierce Go («Mirror») reports that the European Commission plans to send a group of investigators to the border of Gibraltar in the next two weeks. Their goal is to observe “new controls”. The planned investigation is a reaction of the EU to complaints from several deputies of the European Parliament, as well as from EU citizens dissatisfied with long delays at the border.

30000 residents of British overseas territory cling to their British roots, reminds the journalist. Pound currency, red mailboxes, recognizable British shops and banks, English - all this is a legacy of Gibraltar's longstanding ties with England. The results of several referendums held in Gibraltar over the course of many years (the last one in 2002) demonstrate the desire of the overwhelming majority of the population to belong to the British crown.

Simon Jenkins («The Guardian») has a special point of view on the question.

The observer believes that the claims of Great Britain to Gibraltar, this fragment of the empire, are an empty sound in international law. Currently, they are completely abnormal. Of course, people living in colonies are entitled to their opinion, but this right will never redefine political reality.

The fact is that the residents of this “colony” claim that they are “more British than the British themselves”. However, they pay almost no UK taxes and act as tax havens when transferring funds from the UK. Gibraltar specializes in online gambling. The Colony declares loyalty to the crown, but not to its treasury or its financial police. Not wanting to pay taxes, they want the crown to send soldiers or diplomats to help them.

However, the decision of Spain to introduce a "entry fee" to the 43 pound is also no good. This is excessive, said the journalist. Border “robberies” are counterproductive and somewhat resemble a clumsy Argentinean attempt to land on the Falklands.

The journalist asked a fellow British citizen who claimed that he was “on 150% British” why he should not pay all British taxes. He replied: “Why should I pay people thousands of kilometers?”

If the inhabitants of Gibraltar, the author of the article believes, do not accept taxes and financial discipline adopted in most European countries, while their business is connected with Europe, they can hardly expect that one EU state will protect them from another. The six-hour queue at La Linea is a small fee for refusing to join the real world, Jenkins says ironically.

As for the teachings and the general threat of war between Spain and Britain, which is also written in the Western media, this is from the realm of fantasy. Especially since the naval teachings are really planned, and the scandal is started only in order to divert the attention of the Spaniards from corruption in their own government ...