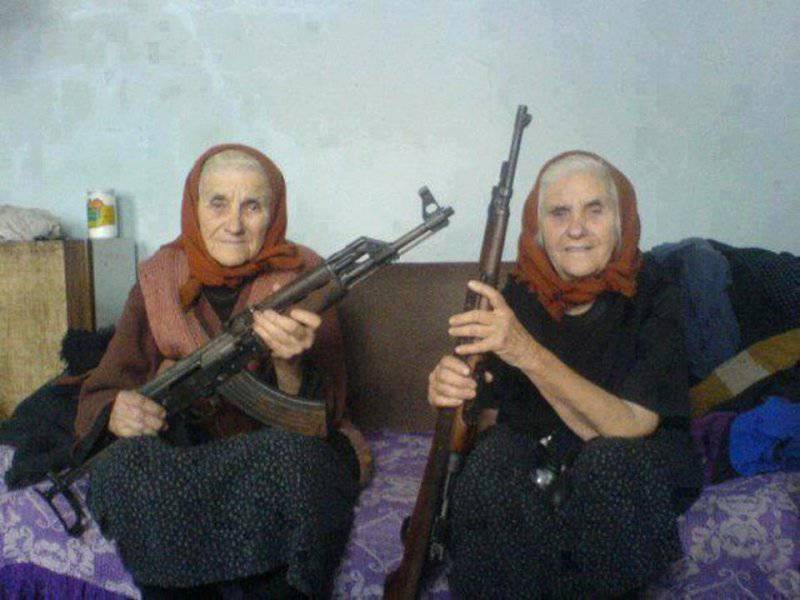 In the Far East, the great war has just ended. Powerful ships stirred the ocean like a dough. Tanks ground the polygons into dry crumbs. Combat aircraft with stern traces of jet engine traces sewn clouds to the sky. By order of the Supreme Commander of the Russian Federation, sudden exercises were held in the Eastern Military District.


It would probably be worthwhile to congratulate the General Staff and the Ministry of Defense on the resounding success, if it were not for one small incident. The correspondent of "AN", within the framework of its own audit, destroyed (naturally, conditionally) the plant for the assembly and equipping of the nuclear missile potential of Russia. And at the same time I checked how our counterintelligence works.

- You are crazy - to ask such information! This is a state secret, and here a regime object, ”the security chief was outraged upon hearing the question of what they were guarding.

I had to clarify:

- It was meant that specifically you are guarding: is this checkpoint or the entire perimeter?

Two hours ago, I came out from behind the barb of a regime object with photographs of state secrets. The territory on which the facilities of enterprises engaged in the production and equipment of intercontinental ballistic missiles, satellites, launch vehicles, engines for Su-27, Su-33, Su-34 combat aircraft are located is not protected.

Within a few days, I almost all of this “super-secret” regime diocese, I collected a collection of paths and paths. I came across security officers once when I came out to them to admire their reaction.

There are a lot of illegal forest paths behind the "ban". They were trampled by mushroom pickers and, according to rumors, scrap metal collectors. They climb here to profit from high-tech production. Locals say they saw how the boys dragged through a hole in the fence a metal fragment of either an aircraft or a rocket.

If you believe the cards, the territory of a regime object along the perimeter is fenced with barbed wire. Along it goes a patrol road of concrete slabs. In the thorn around the perimeter of many breaks. There are a couple of so large holes that you can miss the moment when you turn from a mushroom picker into a spy.

Today, for the same concrete along the barbed wire violators drive on the country SUVs. Now and then the rolled trails are rolled into the depths of the territory of the regime object and dodged among the swamps. But a couple of tens of meters from the facilities of the enterprise, where they are engaged in the development and production of liquid rocket engines for booster units of rocket carriers, there is a sign “STAY! RESTRICTED AREA. Passage and passage are prohibited. " The mark is placed near an illegal road within a restricted area about 900 meters from the hole in the barbed wire. So, they know about the existence of this trail and violators in the enterprise. Otherwise, who warn?

“Before, there was no such thing,” recalls Alexander Litvinov, who once worked as a security guard at this high-profile enterprise (the name and surname were changed at the request of their owner). - Although I do not exclude that the "black" lumberjacks could bribe guards. Salaries there are monstrously low. There are practically no highly qualified personnel. Well, who will work on 10 – 12 thousand per month? Only he who is not taken anywhere else. Therefore, it is mainly women and military pensioners who work there. There are young guys, but they are very few.

Alexander quit many years ago, but, apparently, the situation has not changed since then. There are still a lot of women and pensioners in the protection of the facility.

It is easy to find out where and which enterprises are behind barbed wire. Modern special services and without the “Snowdens” have long forgotten how to keep secrets out of the “top secret” necks. Private information can be easily found on the Internet. It is for this reason that I do not specify the names of objects or addresses. Without a territorial link to find the company will be problematic. In the meantime, someone is trying to find him, maybe the FSB will finally wake up and recall their duties? Then the price of this article on the spyware market will be zero.

If counterintelligence agents think that the local guard immediately takes steps to arrest him if an intruder is detected, it is worthwhile to disappoint them. The maximum that the watchmen of this regime object can do is to clap their hands and say: “Oh!”

... An hour ago, through one of the poaching holes in the "interdiction", I entered a restricted area. He twisted the pedals in thought: “Maybe turn around? I have neither permits nor coordination with the competent departments. Only one enthusiasm and desire to check the quality of physical security of a serious object. " But then two cars passed by one after another. And the main phase of amateur sudden exercises began to check the quality of the physical security of a regime object.

In order to divert possible search engines, I turn off the exit congress on time. At the turn I drive into a thick puddle. In the mud, the trail keeps well and immediately catches the eye. Driving along the forest path parallel to the road in the direction of the checkpoint. 5 minutes pass. No roar of engines. So, they have a different scheme of action, and they called a police outfit. In other words, they gave me extra time and a chance to escape.

I go back along the same path and drive out on the road through the low grass. There was no rain the day before, so I left the place of departure on the asphalt clean. The traillers had only one well visible mark towards the forest. There is still time, one interesting object nearby, and I really want to see how the internal guards that exist at each enterprise, besides the duty officers at the checkpoint, react to the intruder.

- How did you even get here? - After a minute, the internal security officers were surprised. They already identified the tourist in me and frightened them with their arrest at the entrance.

- I do not know. I was driving through the forest, I looked - the road, the good road, and neither cars, nor pedestrians. He began to ride and lost, where he left the forest. Trying to find a way out, but everywhere thorn. Please help me find a way.

The guards believed and guided me around to help. Thanking for participating, I moved back.

Judging by what is happening with the quality of escort, sabotage on the object is a matter of desire. If the guards do not pay attention to the roar of engines of all-terrain vehicles, do not hear how they are felting the forest, and do not react to the appearance of strangers in the territory, then any intruder will be able to drive a couple of explosives trucks into the territory and no one will notice. Unless the watchful mushroom picker will pay attention and let you know where to go.

- In general, serious objects are under the control of the FSB. But this territory may belong to another department, or maybe there is nothing secret at all. It happens that secure companies in addition to military produce civilian products, - explained in the Federal Security Service. - The situation must be carefully understood. Send a request to our press service on the official editorial form, describe the situation and ask your question. And surely you will be answered in more detail.

A few days after walking through the forbidden area, I was sitting in a public reception room of the FSB. He introduced himself by name, introduced himself as just a citizen, who became aware of some egregious case. Dear young lady in uniform, patiently listened to the story, offered to write a statement to which it was necessary to attach a report. A month has passed. There are suspicions that there was no work on the information provided by the counterintelligence officers. By law, the Federal Security Service should let me know what is happening at the moment, in a maximum of one month. Specially for this I left my phone number. The deadline has passed, but no one called.

Of course, these are the features of the work of this department. Here checks are carried out secretly. According to rumors, the problem is that the FSB has not yet had a unit, the regulations of which include checking the quality of physical security of strategically important facilities. It is only being created. Therefore, there is no established system of prevention of possible sabotage on sensitive sites. So we inform: in the territory of the "object" viburnum ripened with raspberries.

Ctrl Enter
Noticed a mistake Highlight text and press. Ctrl + Enter
We are
“And They Are Us About Yarema”List of destroyed the largest and most high-tech enterprises
36 comments
Information
Dear reader, to leave comments on the publication, you must to register.