Fight for the sky of China: army against government and business 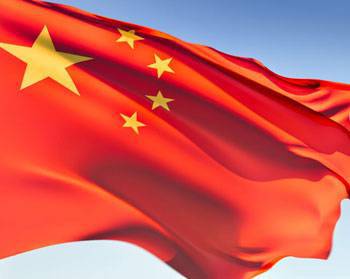 
The Chinese economic miracle impresses humanity the stronger, the more sluggish is the growth of the old Western economies. The successes of state capitalism in the PRC have been triggering a wave of political and economic frondism in the business press for more than one year: and the state, it turns out, is better (more efficient, cheaper) than private! And long-term planning turns out to be very useful! And tight control over the business, it turns out, does not harm! And many more various “and it turns out” different degrees of controversy can be dug up in the most reputable publications, like the New York Times.

A lot of these fresh dogmas collapse overnight, when you suddenly notice that the Chinese geniuses of national economic planning do-it-yourself drowning the few industries that are still showing annual explosive growth. One of them is air transportation. This is a market that has grown almost 20 times in twenty years. Passenger traffic in China's air traffic tripled in eight years - to 319 million people in 2012 year, and according to this indicator, the country ranked second in the world after the United States. But all good things come to an end one day, and as the British magazine Economist proved, this market is simply doomed to a rapid decline in speed: the archaic flight and infrastructure management system in China requires modernization, which is not yet visible on the horizon.

A good example is Beijing Airport, the second in the world in terms of passenger traffic after the US Atlanta. Daily it takes off and sits down to 1500 planes, and it's good if 30% of them are not late. In July, only 18% of flights left Beijing on time. This is the worst indicator in the world, and at any time the air hub is packed with crowds of passengers, often angry to the limit.

But here's the catch: according to official data, 75% of flights arrive and depart just in time. The secret is simple, like all Chinese statistics: the liner is announced as having departed, as soon as he leaves the gate and leaves for taxiing. Only after that he “parks” in a free corner, and waits about thirty minutes waiting for departure. Passengers are usually not given any details.

It seems unbelievable that the realm of electronic-stuffed Dreamliners and Airbases is controlled by feudal methods that would honor the Manchu dynasty. With all the regulation of the industry, it did not have and does not have a single "master". All aerodrome facilities and other infrastructure are commanded by the Civil Administration aviation China, that is, the government. This structure, understanding the needs of the market, somehow protects carriers. But the sky of China is almost completely owned by the military: they control up to 80% of its airspace, and are not subordinate to the government. The army forbids strictly flying over megacities and strategic objects. And considering that it is precisely the east of China with its megapolises of aviators that is of interest, this ban leads to a serious excessive consumption of fuel.

The fact that dozens of new airports are built annually in China, the owners of heaven don't give a damn about the height of the Boeing flight: let the carriers themselves somehow squeeze themselves into the corridors once cut for them. By the way, about the flights: each (!) New route, which runs over the territory of the country, needs to be approved by the Air Force of the People’s Liberation Army of China, and only part of the applications are satisfied there. Not surprisingly, carriers have to rely on kickbacks and “drifts”, notes The Economist. This business brings the more revenue that the military loves to issue temporary permits to operate the route. Want to extend? "We need to somehow solve the issue ..."

Another problem is inextricably linked with this problem: even those narrow air corridors that the military cut into civilians are used irrationally. Dispatchers in China are so afraid of accidents that they can even fly out planes of kilometers on 10-15 even in perfect weather, in cases when there are enough five kilometers in the West - in China they are obsessed with flight safety. So far this is bearing fruit, but here is a paradox: pilots complain that they are forced to fly through bad weather areas, because the authorities do not allow them to go beyond narrow corridors. The alternative is doubtful: to settle at airports that are already packed. Neither one nor the other work of airlines does not facilitate.

The methods of flight control have not changed for decades: as it should be in an authoritarian Asian power, they are based on cane discipline. If in the USA, dispatchers are rewarded for their work in large aviation hubs, and for the absence of traffic jams on takeoffs, then their Chinese counterparts are only being punished. They are also punished for major congestion from aircraft, and even more so for accidents and situations that can lead to them. They can even punish for reporting an incident - as they say, throughout the chain. For the same reason, no major official is in a hurry to introduce new orders here: after the first accident on the tarmac, such a daredevil, according to Chinese traditions, will be appointed guilty for everything, and will crumble at best his resignation, and at worst - on trial. The risk in the Chinese state apparatus is almost impossible.

The training of dispatch personnel, as well as flight personnel, has long been lagging behind the needs of the airline industry. According to the forecast of Boeing, in the next twenty years, China will need 71.300 new pilots, who will have to be taught, not so much, how many. But in many Asian countries the same problem is now, and it’s far from the fact that pilots will rush to troubled work in Chinese airlines, so here you have another brake on the development of the industry.

In the meantime, trying to somehow solve the “problem of the cluttered sky”, civil aviation authorities ventured on an unprecedented, by local standards, step. In July, the Air Traffic Control Bureau allowed eight major airports in the country to produce airplanes, even if non-flying weather was at their destination. For its part, the air bureaucracy has not done even hints of indulgence for many years.

And no wonder: the PLA is a state in a state, and it is accountable only to the Chinese Communist Party. The market is powerless in the face of inertia and greed of the military - just like the government, which, by the way, could more actively support aviators. There is a single point where their accountability converges, and where their departmental interests intersect. This is the top of the Communist Party, headed by the President of China Xi Jinping. These are the heights that air carriers will have to take off in order to knock out a piece of cluttered Chinese sky for themselves, and push through the industry - and, in fact, political - reform.

Ctrl Enter
Noticed oshЫbku Highlight text and press. Ctrl + Enter
We are
The world we leave, the world we enter, and the world between themInterview by President Bashar Al-Assad to the Sunday Times
Military Reviewin Yandex News
Military Reviewin Google News
11 comments
Information
Dear reader, to leave comments on the publication, you must sign in.