The big problems of big Europe 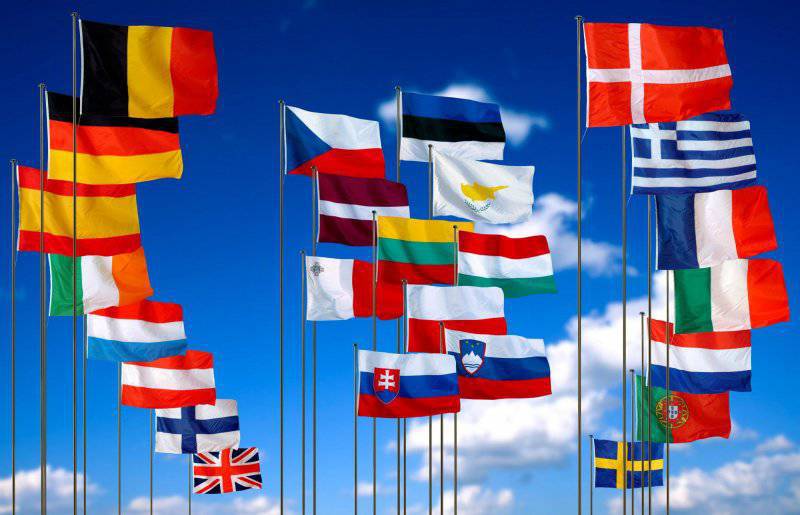 Firstly, the integration process of the EU member states in the political sphere lags significantly behind the similar process in the economy. On the international political arena, the European Union does not have complete subjectivity, it is difficult for it to "speak with one voice."


Secondly, the United States, which has a whole herd of Trojan horses from among the “young Eastern European democracies” in the EU camp, is actively intriguing against united Europe. Admission of new members to the European Union is skillfully used by Washington to foment conflicts between the “locomotives” of this organization - Germany and France, on the one hand, and the rest of the European Union - on the other. That is why the European Commission at one time called Poland, Hungary, the Czech Republic and Slovakia "potential sources of problems for the European Union."

Thirdly, the problem of adopting a single European constitution came to the fore. And it happened long before the failure of the referendum on its adoption, as the draft constitution of the European Union, promoted by Berlin and Paris, puts in a privileged position the countries with the largest population, that is, Germany and France, which are interested in creating a federal European state under their control . This option, emanating from the strongest continental powers of Europe, categorically does not suit the UK, focused on the Anglo-Saxon tandem and coordinating actions with the United States.

Fourthly, the EU member states are not able to reach consensus on issues relating to the collective security of Europe, including cooperation in the areas of justice and the fight against terrorism. Due to the serious lag in the EU integration process in the areas of politics, diplomacy and security, the member countries of the union take special care in sharing information on these issues (the Snowden case, which showed that such caution is not in vain, clearly will not help to solve this problem).

Fifth, Western European scientists note that the economies of their countries are faced with the problem of state financing of the social sphere. The emerging demographic situation is alarming, above all - low birth rates combined with high life expectancy. For the economy, this means that due to deductions from wages, less and less money is being received to pay pensions, unemployment benefits, and social benefits. At the same time, there are less and less employees financing the insurance system.

Sixth, the agrarian policy of the European Union is alarming. Despite the fact that his countries are oriented towards the observance of the principles of a market economy, the EU agrarian policy is in complete contradiction with these principles. With the adoption of new states, the problem only became more complicated. Countries with a developed agricultural sector like Poland and Hungary significantly - several times - exacerbate the problem of overproduction and distribution of agricultural products.

Seventh, the economic gap between new and old EU members is becoming more and more obvious. The per capita GDP of the “young” members of the European Union did not even reach half of the average organization of the previous composition; in some “young” member countries, this ratio is 1: 4. It is hardly possible to eliminate this gap, and such an imbalance creates additional problems for the development of the European Union as a whole.

Eighth, the entry of new countries into the European Union leads to conflicts related to the redistribution of funds. On the one hand, developed countries are resisting additional contributions to general funds. On the other hand, the countries that were assisted (Spain, Ireland, Portugal) want to continue to receive funds from these funds.

Ninth, the necessary reforms of the EU decision-making system are very difficult. Small member states are concerned about the control of big ones over the affairs of the European Union and their own marginalization, while the big countries are fighting for a combination of rights and duties, hoping to keep the Union’s affairs under control through their defining financial contribution to the general budget. In addition, after the enlargement of the EU, the difference between the new and old members in the polity and justice systems became noticeable. The process of adapting laws and regulations of the European Union with new members is long and thorny.

Tenth, the future of the euro is unclear. Frits Bolkenstein, the European Union’s Commissioner for the Unified Market, said in an article published by The Financial Times in the middle of 2000's in the middle of the year: “The euro is facing a difficult test. After 10 years, Europe will face enormous challenges when it becomes necessary to pay pensions to a rapidly aging population ... I believe that the euro’s long-term survival chances are dubious. ”

Ctrl Enter
Noticed oshЫbku Highlight text and press. Ctrl + Enter
We are
Military reform as an integral part of the security concept of the Russian Federation: Systematic dynamic assessmentNikolay Silaev, Andrei Sushentsov: Georgia after the elections and prospects for Russian-Georgian relations
Military Reviewin Yandex News
Military Reviewin Google News
11 comments
Information
Dear reader, to leave comments on the publication, you must sign in.