Stop the shaft of pseudo-performances


Today, one of the most debated issues in the near-scientific circles is how to stop a tsunami of substandard and purchased dissertations. There are many proposals, and almost all of them are connected with a reduction in the number of dissertation councils, that is, those only organizations that are able to carry out and carry out in practice a substantive (informal) assessment of the work and competence of their authors.

At the same time, it practically doesn’t analyze why the system of councils, which quite successfully coped with its duties in Soviet times, began to fail. What caused a sharp increase in the number of dissertations? What makes people who are not related to research and teaching, to seek the award of scientific degrees?

We will understand the definitions

There are several basic definitions of a degree. In particular, it represents the level of the qualification system in science, which allows ranking scientists at certain stages of their academic career, and is also a scientific qualification in a particular branch of knowledge. Since qualification is the level of development of an employee’s abilities, allowing him to perform labor functions of a certain degree of complexity in a specific activity, the degree in science and education is an established and documented professional competence of an employee that allows him to occupy certain positions ( and this is important) in research and educational institutions. 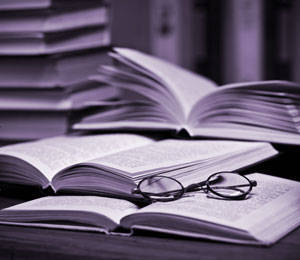 According to the regulations on the procedure for awarding academic degrees from 20, June 2011, the dissertation (from the Latin. Dissertatio - reasoning, research) is a scientific and qualification work submitted for the degree. Another definition: thesis is a scientific work prepared for the purpose of its public defense for a degree.

It should be noted that the purpose of thesis development is not the accomplishment of a scientific discovery, but only a demonstration of the author’s ability and readiness for this. Scientific discoveries, for which Nobel, Stalin, Lenin, state and other types of prizes are awarded and awarded, require in addition to the competence of researchers, sufficient funding and, of course, good luck. Making such discoveries is more difficult than writing a dissertation. But a scientific discovery is a fait accompli, and the dissertation is only a statement by its author that he is competent enough in the subject area under consideration and is ready to conduct independent research in it. In other words, the thesis is a scientific work that is performed in order to demonstrate the author’s competence in a particular subject area, his ability to independently set and successfully solve actual scientific problems in it. It is easier to evaluate the already made discovery than a thesis.

In the described procedure of public defense, the thesis submitted in advance, of course, plays an important but not decisive role. Determining is the actual competence of the applicant. This competence is manifested in his ability to promptly analyze and control the course of scientific discussion, explain his scientific position, parry statements that contradict this position. In other words, the dissoviet should not be collected in order to give a final assessment of the dissertation work submitted in advance (and unknown to anyone written), but in order to first reveal the actual level of competence of the applicant in the mode of tough scientific discussion, and then objectively and sympathetically evaluate it.

It should be noted that conducting such a public defense requires competence and preliminary preparation not only from the applicant, but also from members of the Dissovet. Therefore, each public defense, although it is conducted according to a single, once and for all established scheme, is a piece action with a result that cannot be guaranteed in advance. This is how all diss councils worked until the middle of the 90s.

About 20 years ago, the system described above broke down and began to crash. What remarkable happened in those years?

The first event that caused a sharp increase in the number of dissertations was the appearance of a letter from the Ministry of Labor of the Russian Federation of 3 August 1993 No. 375-RB “On the approval of“ Temporary guidelines for certification of civil servants ”(current document). This letter explicitly states that professional qualities of certified public servants are determined by such indicators as education, work experience (in the specialty and public service), academic degree, courses (or other forms) of improving knowledge in the field of their profession (activity) and related areas (economics, psychology, law, management, law), scientific works.

Academic titles in the number of certification indicators were included a little later by the decree of the President of the Russian Federation of February 1 2005 of the year number 110 "On the certification of civil servants of the Russian Federation." Why for qualification of officials began to be used qualification indicators (academic degree, academic title), intended for the certification of researchers and teachers, is unknown. For some reason, there is still no decision to assign the rank of state adviser of the Russian Federation to scientific workers. The answer is simple - all these letters, decrees, recommendations are prepared by officials, not scientists. Own hand lord. As a result of the publication of the aforementioned documents, the scope of application of the qualification indicators of research workers has expanded to the sphere of activity of public servants. This increased the number of potential dissenters by three or four times, especially in such branches of science as legal, economic, and partly pedagogical.

The next decision, which increased the flow of dissertations, but already in the field of education, was the resolution of the State Committee of the Russian Federation from 30 in July 1993, No. 34, which introduced requirements and control standards for licensing educational institutions of higher professional education. These standards for the first time unequivocally determined the proportion of teachers with academic degrees and titles in 50 – 60 percent. This proportion, in general, corresponded to the actual staffing of Soviet universities, but it radically changed the attitude to this indicator. If in Soviet times such a share was desirable, now it has become mandatory, and in relation not only to the university as a whole, but also to individual departments. Against the background of the formation of a network of non-state educational institutions, these control licensing standards caused a sharp increase in the number of dissertations, which were mainly pedagogical. Why pedagogical?

The fact is that at any of the departments of the university there is a category of teachers whose interests lie in the field of educational and methodical work. This layer of teachers in the majority lectures and conducts practical training. These teachers are not inclined to research work, but are focused on improving the quality of teaching in a readable academic discipline. They are the invisible initiators of the methodological innovations and the developers of the teaching aids. Through 12 – 15 years of work at the department such a teacher is fully consistent with the academic title of associate professor. Getting them this academic title would allow the department to a certain extent to meet the control licensing standard. Everything would be fine, but in order to become an assistant professor (academic title), the teacher must be a year as an assistant professor. But he did not get to the position of associate professor, because teachers with a degree, which can be obtained regardless of the position held, are mainly appointed to it. Therefore, the resolution of the State Committee of the Russian Federation on 30 in July 1993 of the year No. 34 forced such teachers to defend their theses.

But which science? From the subject area that such a teacher has been teaching for 10 – 15 for years, he knows only the course he reads. It should be noted here that for such a time of practical work, a searching teacher can independently create an effective training system. Therefore, such a teacher usually teaches his academic discipline very well and the dissertation becomes pedagogical. Thus, such works as “Analysis of the audit report of financial and economic activities: preparation of a written opinion on the quality of processing of audit material”, “Training programs and plans, guidelines for conducting seminars in the discipline“ Taxes and fees ". However, pedagogy as a science, this teacher also does not know. Therefore, such works are extremely weak, and if some empirical implementation is present in them, then the theoretical justification is either completely absent or presented in such a form that it would be better if it was not there at all.

Undoubtedly, a certain increase in the number of dissertations caused the creation of a network of non-state educational institutions. It is likely that other objective reasons for the growing number of dissertations can be mentioned. However, any reasons that cause people to increase interest in research activities and the desire to improve their scientific qualifications, only for the benefit. But we do not consider the motives that induce a person to increase their status in the sphere of professional activity where he works. We focus only on those erroneous and harmful regulatory documents that force a person through deception to seek a formal confirmation of his professional qualifications in the unusual field of science and education.

To exclude such actions of applicants and the emergence of such dissertations, it is necessary to do the following: exclude academic degrees and academic titles from the list of certification (qualification) indicators of anyone other than employees of research (design) and educational institutions (for example, to include in the number of performance indicators of civil servants instead of academic degrees and titles, sports categories and records); eliminate the dependence of obtaining academic titles (professor, associate professor) from the time spent in certain positions, while maintaining or updating the remaining qualification requirements for these titles.

However, judging by the publications in the media, we are not going to eliminate theses of dissertations in a natural way, eliminating the reasons for its formation. We are going to deal with it by changing the structure and number of dis-councils, as well as the rules for their work. Undoubtedly, this is also important. But usually they first find out and eliminate the causes of the accident, and then struggle with its consequences. By reducing the number of dissovetov in the current conditions, we will dramatically increase the intensity of the work of the remaining, that is, completely deprive them of the opportunity to implement a piece-based approach to the preliminary examination and public defense of dissertation research.

Ctrl Enter
Noticed oshЫbku Highlight text and press. Ctrl + Enter
We are
Antique Chinese ShaftAbout Stalin and Khrushchev
13 comments
Information
Dear reader, to leave comments on the publication, you must to register.