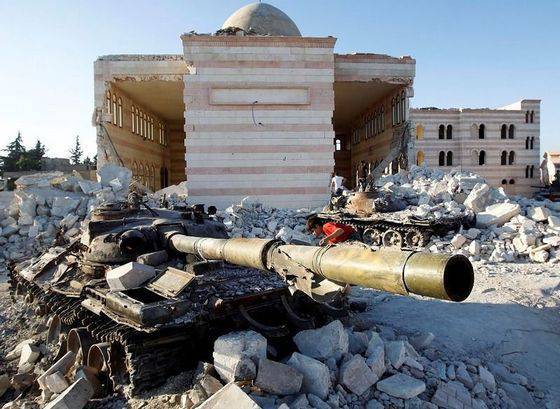 The experts of Janes Defense Weekly analyzed video clips posted on the Internet, which demonstrate the anti-tank missile systems used by the Syrian opposition militants.


In total, Janes has analyzed more than 60 web-based video footage using ATGM in Syria. This information does not claim absolute certainty, however, it allows to declare that opposition groups are provided with these weapons by various foreign suppliers at an increasing rate.

So, until the end of May of this year, the militants used the ATGM only occasionally. A further noticeable increase in the number of videos posted on the Internet using anti-tank systems may indicate that foreign assistance from foreign countries has increased significantly.

Despite the fact that information about the place and type of weapons comes from militant groups that post videos on the Internet, and cannot be confirmed by independent experts, it allows you to create some general picture of the combat use of anti-tank systems in Syria.

In particular, it can be concluded that the ATNS 9М113 "Competition" (according to the NATO classification - AT-5 "Spandrel") is the most widely used model of weapons of this type.

Initially, the Konkurs anti-tank systems were used mainly by militant units subordinated to the Syrian Islamic National Liberation Front (SILF), a coalition of relatively moderate Salafi armed groups, some of which are allegedly supported by Qatar.

However, some SILF-controlled groups operate outside the influence of SMC and work closely with the factions of the more radical Syrian Islamic Front (SIF). One such group, Liwa al-Tawhid (Liwa al-Tawhid), also employs a significant number of Konkurs anti-tank systems.

At the same time, more moderate Islamist groups directly subordinate to the SMC and the command of the Free Syrian Army (FSA) have the Hongjian-8 (Hongjian-8, HJ-8) Chinese-made ATGM. For the first time this complex appeared on videos in June of the current year. It is assumed that the Hongzhan-8 ATGM is supplied by another foreign state (not the one supplied by the Competition ATGM).

According to Jaynes, the subordinate FSA and SIF groups now use the Kontrik ATGM on an ever-increasing scale. This may indicate that ATGMs are simultaneously supplied from several sources to groupings subordinate to different coalitions.

During June-July this year. supported by al-Qaeda, the Islamic State of Iraq and the Levant (ISIL) movement has posted videos demonstrating the use of the Kornet 9M133 Kornet (according to the NATO classification - AT-14 Spriggan). Supposedly, ISIL militants use the Kornet ATGM, which they were able to obtain after the seizure of government depots.

In early August of this year. the Jaish Muhajirin va Ansar group (Jaish Muhajireen wa Ansar), a subordinate of ISIL, posted a series of video clips with a record of the use of Konkurs anti-tank systems, which were probably obtained from a foreign supplier.

In addition to the above ATGM, on the videos, experts from Janes identified the Milan, Malyutka, Fagot and Metis complexes. Most of the videos using ATGMs were filmed in the northeastern provinces of Aleppo and Idlib, which convincingly indicates that the weapons were delivered across the border with Turkey.