August 14 2013
16
The Light Combat Aircraft (LBS) LCA program is lagging behind the original plans for 15 years. However, according to the Minister of Defense of India, Arakkaparambil Anthony, it will end at the end of 2013 - the beginning of 2014 of the year.


Creating your own LBS is being conducted in India, despite the still very dubious experience in the development of its own weapon systems. “Our experience shows that foreign companies are reluctant to part with critical technologies,” said the Minister of Defense. - There are delays in the delivery of the necessary spare parts. There is an exorbitant price increase. Maintenance of the equipment also shows that we cannot be constantly dependent on foreign equipment and the platforms on which it is installed. ” 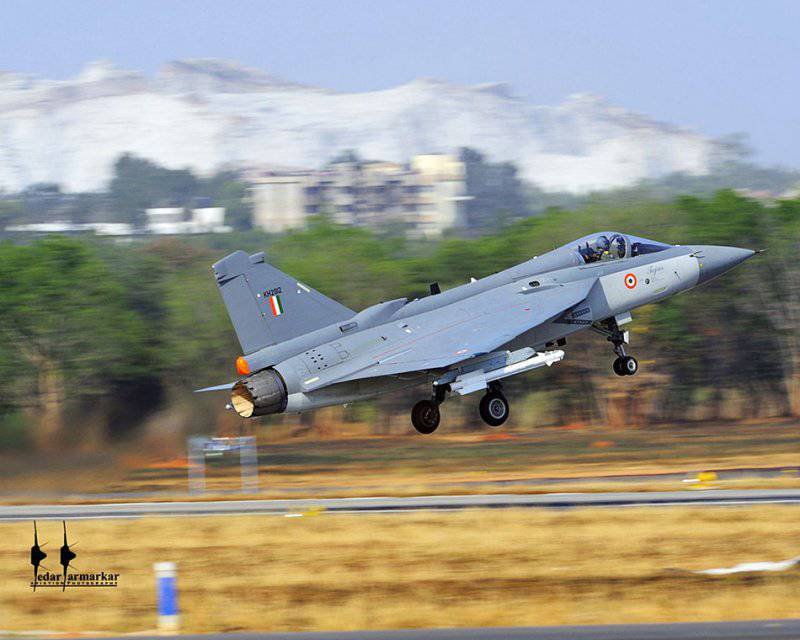 Representatives of the Indian corporation "HAL", which manufactures LBS, reported that they can produce four aircraft per year, however, after 12 months after reaching the initial combat readiness, the rate of production of aircraft can increase to eight units. “HAL is also planning to increase the rate of production of LBS to 16 units within three years after reaching initial combat readiness, based on the firm orders that will be received for its production,” said a representative of the corporation.

The Indian Air Force has already contracted 40 of the Tejas aircraft in the Mk 1 variant, while the request for the Mk 2 variant is 83 units. However, the Air Force intends to acquire 124 LBS in the version Mk 2, the first of which is expected to receive in 2017 – 2018 years.

The Tejas Mk 1 reached initial operational readiness in early 2011 ahead of the Aero India Show in Bangalore. But the persistent problems that accompany this program have delayed the aircraft from reaching full combat readiness. In 2013, India completed a deal for the supply of 99 General Electric F414 engines, which will power the substantially upgraded Tejas Mk 2. The Mk 1 uses the less powerful F404. India's Defense Research Organization DRDO has abandoned plans to equip Tejas aircraft with a proprietary GTX-35VS Kaveri engine. "The Kaveri engine will not be installed on LCA aircraft transferred to the Indian Armed Forces," said Mr Subramanim, head of the department. aviation developments ADA (Aeronautical Development Agency), which is responsible for the design of the LBS "Tejas". At the same time, it is planned to carry out flight tests and certification of this engine, he added. According to plans, 140 Mk 1 and Mk 2 LCA aircraft, which are likely to enter service with the Indian Air Force over the next decade, will be powered by US F404-GE-IN20 and F414-GE-INS5 engines, respectively.

According to statements by DRDO officials, the Kaveri engine is deployed on USAV impact drone aircraft (UAVs) developed by ADA specialists. These UAVs, which will be used as unmanned bombers, are not only lighter than LCA aircraft, but also perform less abrupt maneuvers than Tejas. As a result, the USAV UAV will not require increased powertrain thrust compared to combat aircraft. The DRDO organization is also considering cooperation with foreign manufacturers of aircraft engines to bring the Kaveri engine to the level of a promising middle fifth generation combat aircraft AMCA (Advanced Medium Combat Aircraft), which is planned to be designed and built in India for two to three decades. According to experts, although Kaveri is being developed by the Bangalore GTRE Gas Turbine Engine Research Center from 1989 of the year on a program worth 18,92 billion Indian rupees (344 million dollars), this engine is still far from ready. After several years of negotiations with the French company Snekma to establish a joint venture with GTRE, this plan was closed in the middle of 2009. At the same time, DRDO and the Ministry of Defense continue to insist that Kaveri will, in certain cases, replace the General Electric engines on the LES Tedzhas. However, these statements were not confirmed by the low characteristics of the prototype of the Kaveri engine during the flight tests in 2010 – 2011 onboard the IL-76 flying laboratory at the Gromov Flight Research Institute in Zhukovsky near Moscow. During these tests, the Kaveri developed thrust on an unforced mode to ensure a cruise flight within 49,2 kN and thrust on a forced mode, which is needed on the take-off and combat maneuvering mode, only within 70,4 kN. These characteristics, unfortunately, do not correspond to the established technical specifications for the development of “Kaveri”, which constitute 51 kN and 81 kN, respectively.

Not having achieved significant progress in the creation of “Kaveri”, India has issued a deal for the delivery of 99 F414 engines manufactured by “General Electric” for the LJP “Tejas”. According to Indian media reports, the cost of the signed agreement with General Electric is 30 billion rupees (560 million dollars). These engines will be equipped only with Tejas Mk 2 aircraft of the Indian Air Force, although some power plants may also be used on the naval version being developed for the Navy.

Maritime "Texas" is planned to be transferred the fleet in 2015. This aircraft was designed by the ADA Aviation Development Department and the state-owned HAL Corporation, and is designed to be based on the Project 71 aircraft carrier, which has a springboard for take-off and aerofinishers to land this aircraft. The machine has certain differences in design and landing gear compared to the version of the aircraft for the Air Force, because it will experience heavy loads during landing. The Indian Navy has already ordered six “wetted” LBSs, each of which costs $ 30 million. The creation of an aircraft carrier of Indian design project 71 is also delayed. If earlier it was planned to be adopted in 2015, now this deadline has been postponed to 2018.