The Russian government does not learn not only from the mistakes of others, but also from its own

January 27 2011
0
The explosion in Domodedovo showed that the security forces, absorbed by the division of powers and the cut of money, are not able to organize any effective fight against terrorism. The explosion in Domodedovo not just turned out to be the bloodiest terrorist attack at airports in the world in the twenty-first century. For the second time in two months, the Russian authorities have demonstrated that they do not control the largest Russian air harbor. The first time this was manifested during the December blackout, which plunged Domodedovo into complete collapse. Moreover, this airport is already the second time in this century, and the site of the attack: in August, 2004 terrorist suicide bombers, paying local policemen 1000 rubles, carried explosive devices into two planes and blew them up in the air.

In terms of the frequency and frequency of similar terrorist attacks, Russia ranks among such countries as Afghanistan, Iraq or Pakistan, where the main international terrorist organizations are operating and protracted religious conflicts take place. At the same time, we can confidently assert that, despite the dominance in the Russian government of people from the special services, who have almost completely ruled the country for the second decade, Russia has not, in principle, created a system to fight terrorism.

Resonant terrorist attacks in the Caucasus in general have become commonplace. They are repeated in Moscow, moreover, even in subways and airports, which, by definition, should be guarded very carefully. After the terrorist attack on 11 in September of 2001, the United States for ten years did not know what acts of terrorism were on American territory (the same can be said about Madrid and London, which also suffered from terrorist attacks). In Russia, during this time, terrorists not only seized the school, the theater center, blew up hospitals, markets and stadiums, but also managed to blow up airplanes, three times the Moscow metro, twice the trains (there were several more explosions of the railroad tracks), several times and now the largest airport in the country. Moreover, all known to the special services, the leaders of the terrorists seem to be destroyed.

Every time after the terrorist attacks, similar to the current one in Domodedovo, we hear formidable words from the mouths of the first persons of the state about the need to enhance security in transport and other strategic facilities. As a result, if such measures are taken for a while, it is rather for show, and then everything returns to normal. Moreover, the explosion in Domodedovo showed that the security services are not only unable to prevent such acts of terrorism, but also absolutely do not know how to act after the attacks of terrorists. 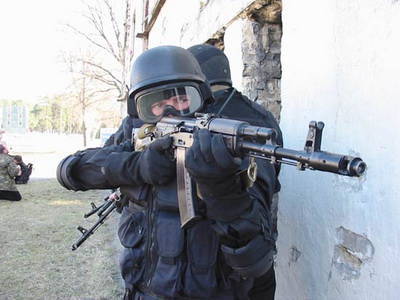 For comparison: in all civilized countries, the slightest suspicion about a possible terrorist act leads to an instantaneous evacuation of all citizens from the danger zone. This does not mean that in the same France, Germany or Great Britain there is no terrorist threat. But residents and guests of these countries see how local authorities are trying to prevent terrorist attacks. In Russia, according to official reports, there is nothing like the fight against terrorism except for periodically repeated reports of special services about allegedly averted terrorist attacks. And every real tragedy devalues ​​any such report: when there are so many resonant terrorist attacks, no matter how many have been prevented.

Meanwhile, the organizers of the terrorist acts, which did not put forward any political goals, like what happened at Domodedovo Airport, by the fact of the explosions prove the absolute inconsistency of the Russian authorities. In a country where the word “security” is perhaps the key in the political lexicon of power, the security forces have completely disintegrated due to total corruption and total irresponsibility to society. The authorities are not in a position to counter the terrorist acts with nothing but empty rhetoric about the intrigues of international terrorism and the need to "strengthen security." To achieve this gain, to control its power does not want or can not.

The authorities, in principle, do not think of the safety of citizens as their primary task, and protecting the security officials, or even direct participation in business, has become more important than the performance of direct official duties.

The terrorist pipeline existing in Russia, no less than the helplessness of the authorities in extinguishing forest fires or turning off electricity at airports, testifies to the absence of our state as such. The Russian government in the fight against terrorism does not learn not only from the mistakes of others, but also from its own. In today's world, the threat of terrorist attacks is very high in principle. In Russia, it is even higher due to the complete inability of the special services, who seized upon political power and control over business assets, to do what they are intended for.