Sikorsky is working on a helicopter AI system

August 14 2013
4
Representatives of the famous American helicopter company Sikorsky published information about the work on helicopters operated by an artificial intelligence (AI) system. Currently, the company has created a flying laboratory, which is based on the decommissioned civilian helicopter S-76. It is reported that this laboratory has already managed to make two test flight. The company reports that the ultimate goal of this project is to create an autonomous control system, which in the future could completely replace the person in the management of the rotary-wing machine. A detailed report on this project, which is called Matrix, was presented by Sikorsky at the conference of the International Association of Unmanned Systems, which took place on August 12 in Washington.


The S-76 Spirit helicopter (Russian spirit) used for testing was the first multi-purpose civilian helicopter that was created by Sikorsky. Work on the creation of this helicopter was launched in 1976 year in accordance with the requirements for a light transport helicopter, which could be used as an administrative and multi-purpose helicopter, as well as for maintenance of offshore oil fields. According to the requirements, the helicopter had to carry at least 12 passengers with a crew of 2 pilots over a distance of 740 km, at a speed of 230 km / h. When creating this civilian machine, Sikorsky engineers used the experience of developing the S-70 "Black Hawk" helicopter. 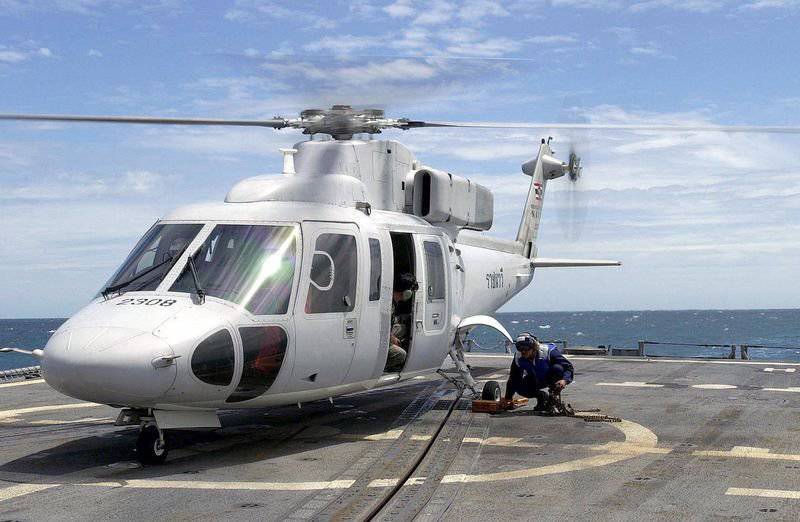 The creators of the artificial intelligence system for controlling the helicopter explain that the existing automatic control systems are not reliable enough, they can cause failures that lead to accidents. This is about 1 crash for every 1000 flight hours. Such values ​​are acceptable only for relatively inexpensive UAVs. To transfer control of a helicopter to such systems is very expensive, not to mention the emerging risk for pilots, which, of course, is unacceptable. Using these facts, Mark Miller, who is vice president of Sikorsky, says that it is necessary to increase the reliability of autonomous control systems, at least 100 times.

Currently, the system created by engineers of Sikorsky is in the testing phase. In a flying laboratory created, a test pilot is placed, which, if necessary, can transfer the helicopter to full manual control. The first flight of the flying laboratory took place on July 26 2013 of the year, a second flight took place a week later. In the future, test flights are scheduled every day. Test flights are currently performed at the West Palm Beach Test Center located in Florida. In particular, the autonomy of the helicopter was checked when landing on a limited area.

According to experts of the American company, the system of artificial intelligence will allow to solve 2 important tasks. Helicopters equipped with AI (at Sikorsky prefer to use this particular term, since this is not about a simple UAV, controlled remotely) will be able to continue flying even in those conditions that the crew from the crew for some reason stopped coming. For example, the pilot was injured or killed, and the enemy’s communication with the UAV was succeeded in silencing the enemy. In addition, the system will be able to help the pilot land a helicopter in difficult weather conditions. For example, during the landing on the deck of a ship in a storm or during a strong sand storm. 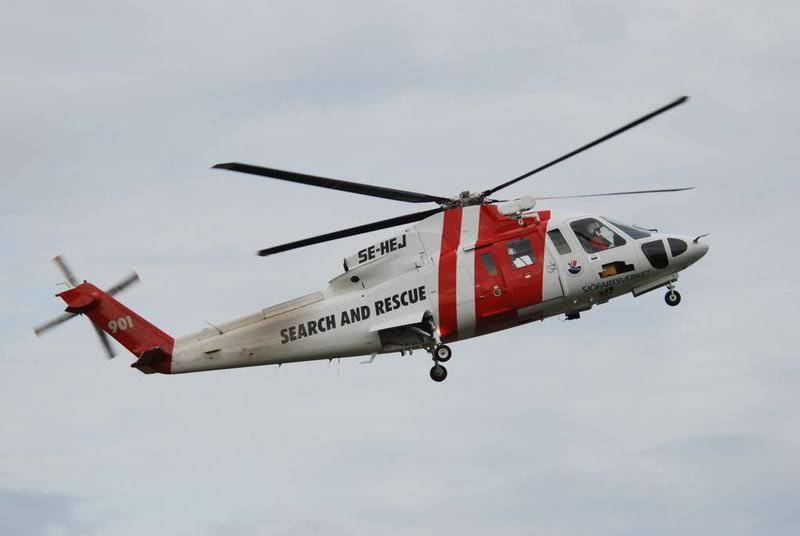 Specialists who are employed in the Matrix project, expect in the future to completely exclude a person from the process of controlling a rotor-wing machine. To debug the systems, the S-76 helicopter is used, whose test pilot can switch to manual control at any time. Currently, the Matrix program is funded entirely at the expense of the company itself, but Sikorsky representatives do not hide the fact that they are primarily focused on customers from the Ministry of Defense.

Russia is also thinking about creating an artificial intelligence system for controlling a helicopter. The appearance of such a helicopter should be finally determined in the State Development Program aviation industry of Russia until 2025. It is assumed that the intelligent on-board system developed by Russian specialists will provide the rotorcraft with regularity and flight safety through constant monitoring of the state of the helicopter structural elements. It will be possible to reduce the load on the helicopter crew by using the air traffic control system using CNS / ATM technology. This system will provide autonomous control of the machine in all possible flight modes.

It is reported that the new Russian helicopter will be equipped with weapons that act according to the principle of “fired and forgotten”. Designers do not exclude the fact that the on-board equipment will be combined with new types of guided missiles and other weapons, assist in maneuvering in dangerous areas, as well as coordinate interaction with other units in the air and on the ground. In addition, the helicopter will receive a special on-board complex, which will help it to take off and land from the ship's deck. Earlier it was said about the plans of the company “Helicopters of Russia” together with the Ministry of Industry and Trade and the Ministry of Defense of Russia to create a promising high-speed helicopter by the year 2018-2020. The Ministry of Industry and Trade has already allocated 2,5 billion rubles for the development of a rotorcraft.