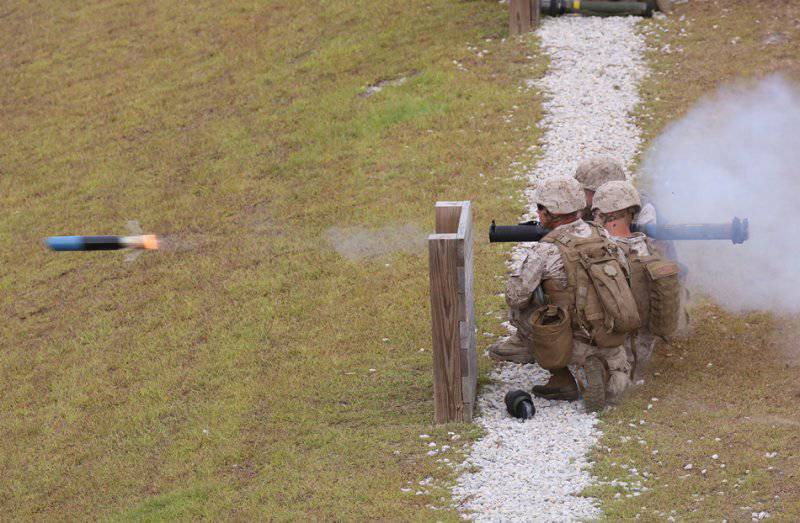 Marines from the 8 Engineer Support Battalion, 2 Maritime Logistics Marine Group, firing from a multi-purpose assault force launched from the shoulder weapons or SMAW (Shoulder-launched Multipurpose Assault Weapon) during a field exercise in Camp Lejeune, North Carolina on July 29 of 2013. The unit trained with the SMAW along with military personnel of the 2 th assault landing battalion and 2 th sapper battalion, 2 th Marine Corps Division. (Photo by Junior Corporal Sullivan Laramie) 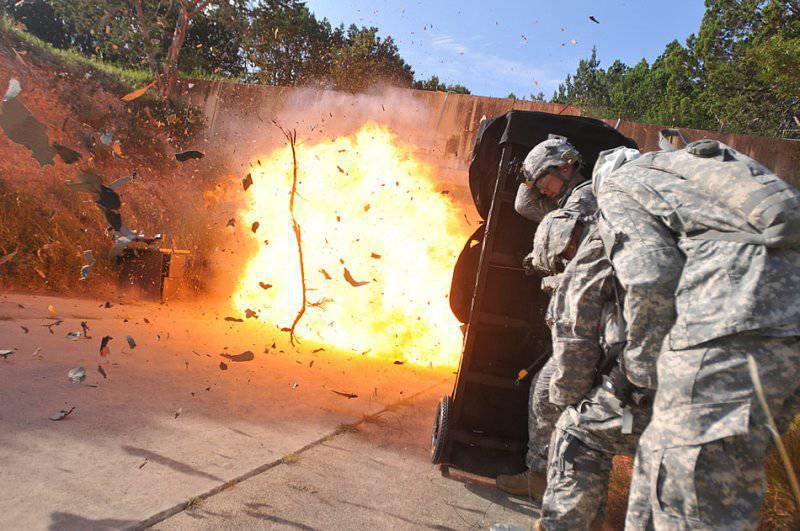 Specialist Wesley A. Coble and Sergeant Victor Alcantar, sappers assigned to the 1 platoon, 43 Engineer Company, 2 Battalion, 3 Reconnaissance Regiment, hiding behind an “anti-explosive blanket "during the passage of the 31 th July 2013 of the year in the underground tunnel complex at Fort Hood. Soldiers took part in exercises designed to develop tactics, training and procedures in promising combat operations. (Photo by Private Erik Warren, Public Relations of the 3 Reconnaissance Regiment) 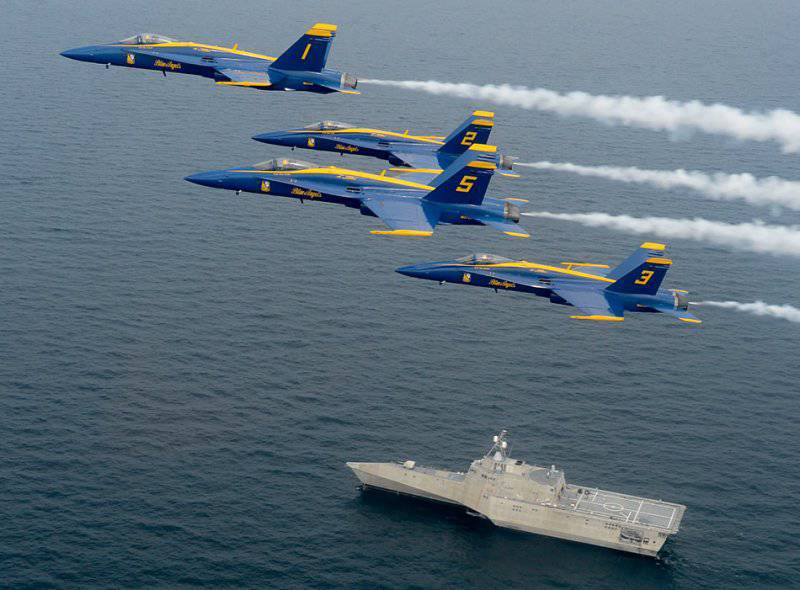 Gulf of Mexico (August 1, 2013). F / A-18 Hornets from the Naval Demonstration Squadron fleet US Blue Angels fly over a Coronado coastal ship (LCS 4) during a training flight over the Gulf of Mexico. Despite the fact that the 2013 Blue Angels airshow season was canceled due to cost reduction, pilots continue to conduct training flights to maintain flight skills. Coronado is scheduled to be commissioned later this year. (Photo by 1st Class Mass Media Specialist Rachel McMarr, US Navy) 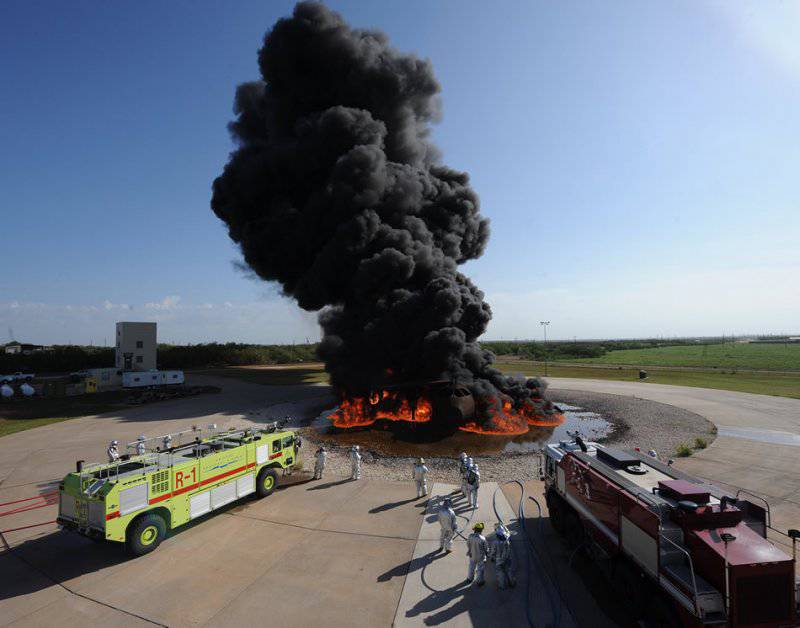 5. Rise of the Black Knight 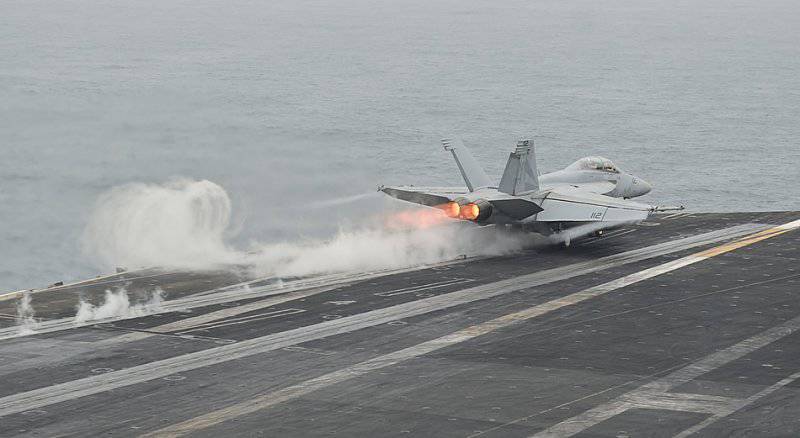 The Gulf of Oman (2 of August 2013 of the year), the F / A-18F Super Hornet, assigned to the 154 of the Black Knights Fighter Squadron (VFA), takes off from the deck of the USS Nimitz aircraft carrier (CVN 68). The strike team led by the aircraft carrier Nimitz is deployed as part of the US NNXX, whose responsibility is to promote the safety of maritime operations and mission support as part of Operation Enduring Freedom. (Photo by Mass Media Specialist Kelly M. Agee (Kelly M. Agee), US Navy) 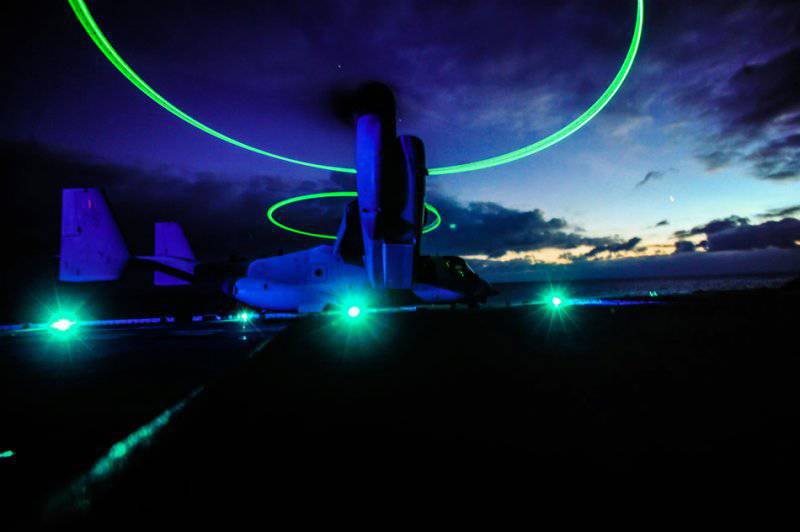 The Pacific Ocean (31 July 2013 of the year) MV-22 Osprey convertible glider attributed to the 166-th medium naval squadron of convertiplanes takes off from the deck of the USS Boxer amphibious assault ship (LHD 4). The Boxer Assault Group is located off the coast of Southern California to complete a certification exercise (CERTEX). CERTEX is the final certification of the 13 Expeditionary Detachment of the Marine Corps and the Boxer airborne assault group prior to the final deployment and are intended to certify their combat readiness for conducting complex operations across the entire spectrum of military operations. (Photo by 3 Mass Communications Class specialist Jeffries Brian (Brian Jeffries), US Navy) 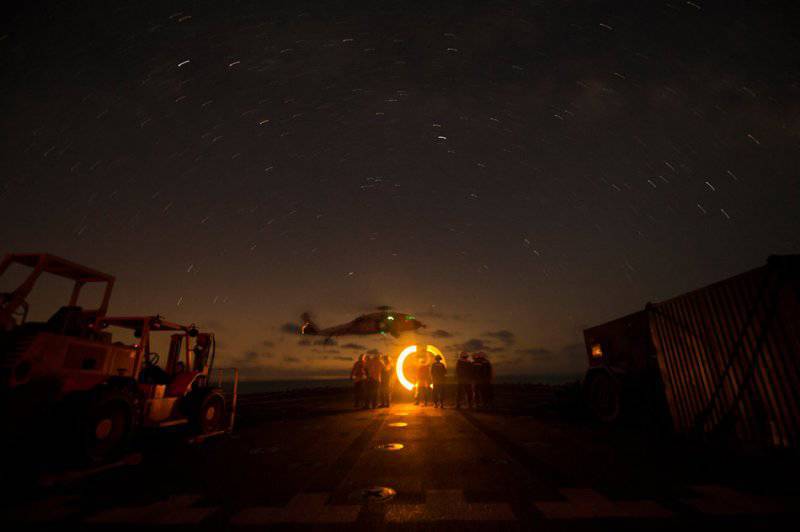 Pacific Ocean (29 July 2013-th year), the sailors are at the helicopter MH-60 Sea Hawk participating in the qualification of the flight deck of the amphibious assault ship-dock USS Harpers Ferry (LSD 49). Harpers Ferry as part of the Boxer airborne assault team is located off the coast of Southern California to complete certification exercises (CERTEX). CERTEX is the final certification of the 13 Expeditionary Detachment of the Marine Corps and the Boxer airborne assault group prior to the final deployment and are intended to certify their combat readiness for conducting complex operations across the entire spectrum of military operations. (Photo of 3 mass communication specialist Mark El-Rayes, United States Navy) 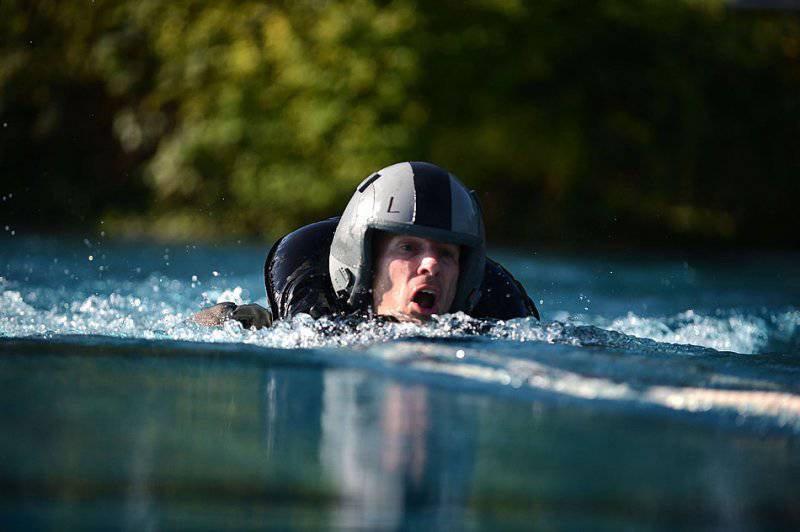 Lt. Col. Steve Horton (Steve Horton) remains afloat, while he is being dragged by parachute during the 19 th July 2013 water survival program at Spangdahlem air base in Germany. To ensure their safety in real situations, pilots must learn to detach from a parachute when it is dragged by the wind in open water. Horton is the deputy commander of the 52 th operational group. (Photo of 1 Aviation Specialist, Gustavo Castillo, USAF) 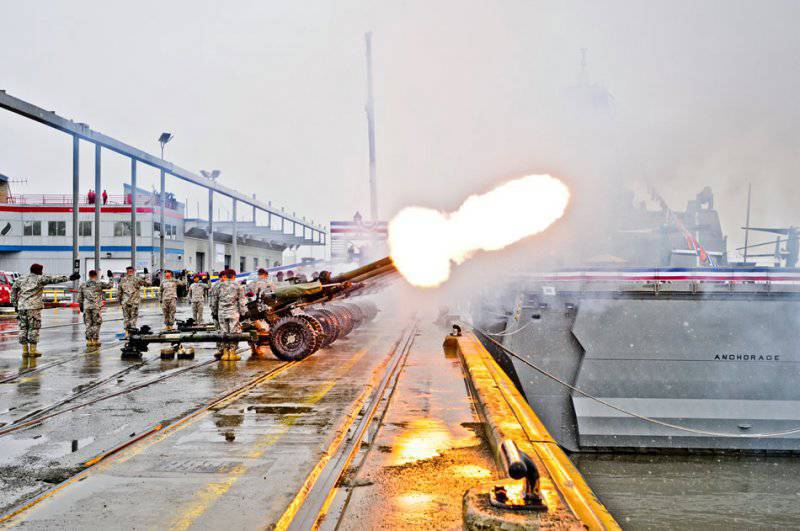 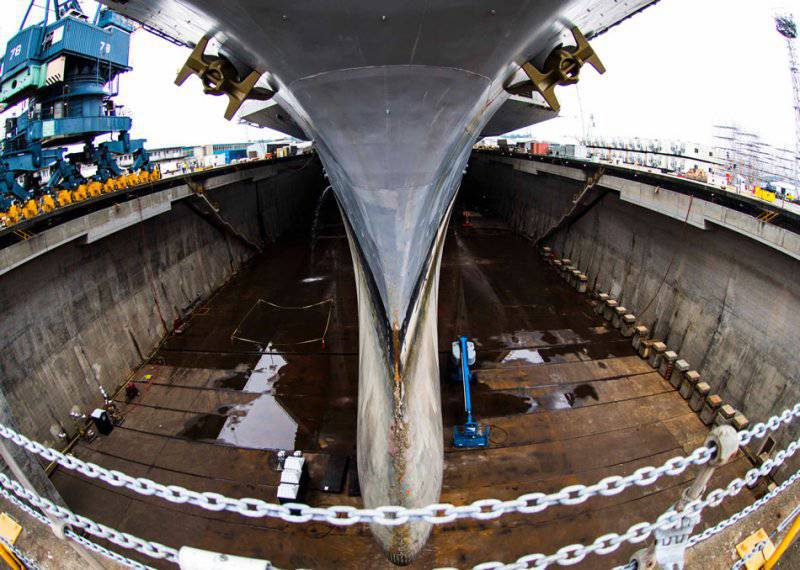