Feldwebel Serdyukov and his team in action

January 27 2011
18
"New Image" of the Russian army under the command sergeant major Serdyukov is becoming more pronounced. The press that obeys the ruling regime is choking on reports about the successful liquidation of the stupid traditions of our army that have been preserved since the times of Peter I, Catherine II and Stalin. For example, about the elimination of the mobilization system, about the dismissal of hundreds of thousands of officers and warrant officers, many of whom have real combat experience, about fitting the structure of our army to US standards, about destroying the military education system in the country, about turning the rear of the Armed Forces into a commercial shop, about the sale of army property, the purchase of French and Israeli military equipment .. In a word, changes in our country are taking leaps and bounds. But fantasies, in their own way a brilliant, Serdyukov team, which mainly consists of specialists in redirecting cash flows, extend much further.

Down with the shameful Soviet paraphernalia they decided and refused to provide the army with domestic cars. Gone are the days when the UAZ came on the order from the factory, and the drivers for them were trained in DOSAAF. People, understand - this is the stone age! Some kind of serfdom, honest word! And if so, here it does not smell like civilized market relations.

Based on this, the Russian Ministry of Defense, whose leadership has been thoroughly strengthened by civilian generals and generals with Harvard and similar education, is taking the next step towards the introduction of market relations into the army. The armed forces announce a tender to provide a number of military units with rental cars with drivers. Probably many of you have thought about all the same eternal army Gazakh and UAZ? Nothing like this! In recent years, the nature of wars has radically changed. Now they have all become network-centric. That is why the reflection of the aggression of any potential foe should be carried out at the modern level, say, at the level of the innovative project Skolkovo. 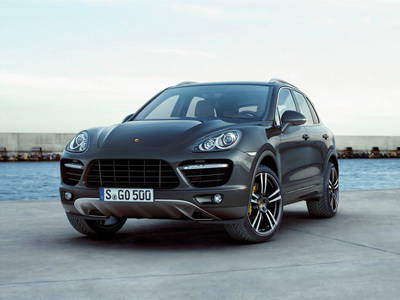 Now the Ministry of Defense of Russia, freed from the harmful influence of professional military (who are mired in the mud of combat training), is solving logistics issues at a fundamentally new level for themselves. That is why among the rental vehicles appear - Porsche Cayenne, Mercedes executive class, BMW and Toyota Land Cruiser, equipped with a four-zone climate control.

The total contract price is 10 billion rubles. The number of combat vehicles of the specified (executive) class provided under the contract is 553 units. Applications for participation in the auction are accepted from December 17 2010 of the year. The name of the project is capable of causing tears and pride in patriotism, which is shown by the Serdyukov team, literally: "Provision of motor transport services for the needs of the country's defense and state security." Read these words more carefully: the provision of services. It is not know whether the primitive "The Motherland Calls!" Inherited from the Stalinist era.

For example, a Toyota Land Cruiser enhanced comfort vehicle should be presented in the following configuration: CD / MP3 / WMA / DVD player with a changer for 6 discs and a Bluetooth data transmission system, plus a voice control system. In addition, the Defense Ministry has applied for three armored vehicles for the transport of higher personnel, the vehicles must be equipped with 4,5 liter engines and have a protection class not lower than B6 / B7.

Such is the leap to the new look of the armed forces. True, some of the skeptics say that renting a car, and even with a chauffeur, can be beneficial if it is needed for a couple of days, at least a few weeks. If we talk about technology that will be exploited for years, then it is always better to take ownership. However, Anatoly Serdyukov and his team understand that the invisible hand of the market is able to regulate anything, first of all, of course, the income level of top officials from the Russian Ministry of Defense. 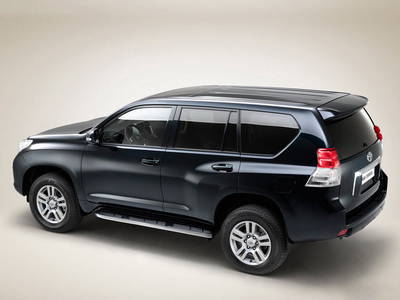 Skeptics, on the other hand, are inclined to believe that rented drivers are unlikely to protect the country outside their working day, and the cost of renting 553 vehicles with drivers is about 2,5 times the average rental rates in the country. But that just will not do, what sacrifices will not go, for the sake of "national defense and state security"!

Insolent skeptics may not open their mouths. Under the leadership of sergeyfeli Serdyukov, the Russian army is on the verge of a principled level of modernization of the domestic armed forces, which is fully in line with the spirit of Skolkovo. Now we can rent not only to motor-vehicles with drivers, but also military equipment to personnel. What is wrong will be if the Ministry of Defense announces a tender for the lease of a tank brigade with crews or, for example, a nuclear submarine with a crew. And, of course, it is particularly advantageous it would be to lease in the US Air Force strategic bombers with pilots.

Tenders for the purchase of a regiment of MLRS installations equipped with CD changers or an air defense division of increased comfort, a squadron of fighters with leather pilots' seats, etc., would look very nice and most important to the market. For lack of such equipment in Russia, to participate in the tender should be invited foreign owners, ordered equipment.

And why do we need our own army? You can also rent a "permanent readiness" in half from China and the United States (for the geopolitical balance). Suppose then that someone will try to attack us.