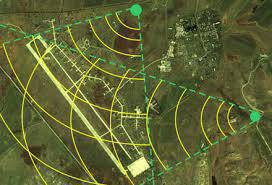 In the coming years, NATO is going to withdraw its military contingent from Afghanistan. The withdrawal operation will be of large scale and an appropriate level of complexity. Probably, the United States and its allies in the bloc will have to attract third countries to help. Some time ago, the media reported that official Washington held talks with Tbilisi. The topic of consultation was the possible use of Georgian logistics centers in the transportation of troops, equipment and machinery.


This, at first glance, unremarkable news, quickly became the reason for various assumptions and conclusions. According to the most courageous of them, the creation of transshipment points on Georgian territory will be only the first step in the whole process, implying the appearance of NATO military facilities in Georgia. Following the logistics points on the territory of the Transcaucasian state, full-fledged NATO military bases may appear. So far, this scenario is purely conjectural, but previous facts of Georgia’s cooperation with the countries of the North Atlantic Alliance indirectly confirm the possibility of the emergence of not only transport bases, but also military facilities. Moreover, in the 2008 year, shortly after the “War of the Three Eights”, Tbilisi already proposed to create a NATO airbase on its territory.

With such a development of events, Russia will get one more cause for concern at its southern borders. Aviation The United States and its allies will be based in close proximity to our borders, which will undoubtedly adversely affect relations between states. Russia will have to look for a way to respond to such steps of foreign countries. Despite the fact that while Georgia and NATO have not even agreed on the creation of cargo routes, proposals are already emerging that are said to help protect our country's southern borders from possible aggression. Among them there are proposals of both a symmetric nature (strengthening the Air Force grouping in this direction) and asymmetric.

The latter may include statements by the management of Aviaconversion. According to the director of this company, O. Antonov, in order to effectively counter NATO aircraft, which may be based on the territory of Georgia, it is enough to build only two facilities in a friendly South Ossetia. It is proposed to equip these structures with electronic warfare systems (EW) designed to suppress enemy radio communications. Two "jammers" located near the Leninori settlement, according to Antonov, working in turn, can hinder the flights and combat work of aviation over a significant part of the territory of Georgia. If similar facilities are located in Abkhazia, then the entire territory of the neighboring state will be “under the blow” of EW systems.

The offer of Aviaconversion is based on one of the features of modern warfare. The fact is that the air force, as well as other branches of the troops of the leading states of the world, are “spoiled” by a large number of different electronic systems, to some extent facilitating various aspects of combat work. The advantages of these systems are compensated by their vulnerability - any radio signal can be muffled by interference, which will not allow using the equipment using it. In this regard, according to Aviation Conversion, EW systems on a modern battlefield have a special priority.

According to O. Antonov, in order to effectively counter a potential enemy’s aviation, it is enough to suppress only signals from satellite navigation systems. In his opinion, foreign pilots are poorly prepared for flights without the use of such systems, which may be useful for the country using EW. Suppression of navigation signals from satellites will make it difficult or even impossible to navigate and fly in adverse weather conditions. When other signals are suppressed, the enemy may remain without communication, without the ability to identify the aircraft using defendants "friend or foe", without intelligence, etc. In addition, the use of guided weapons, aimed at the target using satellite navigation systems, is significantly complicated.

It is alleged that the company Aviaconversion, working on electronic warfare systems, has found a way to effectively deal with the radio signals of the enemy. A special apparatus has been created that studies the signal of the suppressed system and simulates it. For example, instead of a satellite signal, the navigation equipment of the target receives a similar signal from an EW station. Fighting such repression is almost impossible. It is also possible to effectively suppress the control systems of unmanned aerial vehicles and other equipment actively using radio communications.

For complex coverage of a given territory by means of electronic warfare and effective countering the actions of the enemy in Aviation Conversion, they created the concept of the territorial defense system (TSO) Umbrella. The complex, implied by the concept, includes the mass of various equipment designed to suppress the signals of various technical means of the enemy. The main task of TSO “Umbrella” is to prevent attacks with the help of modern high-precision weapons and opposition to enemy aircraft. The elements of the complex are located at a distance from each other, the antennas are mounted on their own towers. The management of all Umbrella systems is carried out centrally, from a common control center.

It should be recalled that the information on the construction of NATO military bases in Georgia is still only an assumption, which, however, may seem plausible. Regardless of the veracity of such opinions, in the near future there will be a need for modern means of electronic warfare. In addition, if the current trends in the development of military electronics, EW will even increase its priority in comparison with other systems. Thus, it is required to pay special attention to the development of old and the creation of new systems of this class, including integrated complexes capable of operating over a large area.

Ctrl Enter
Noticed oshЫbku Highlight text and press. Ctrl + Enter
We are
Knights of logistics in shining armor. The experience of Iraq, Afghanistan and not onlyResults of the week. "Well, do not change me because of every idiot!"
Military Reviewin Yandex News
Military Reviewin Google News
15 comments
Information
Dear reader, to leave comments on the publication, you must to register.