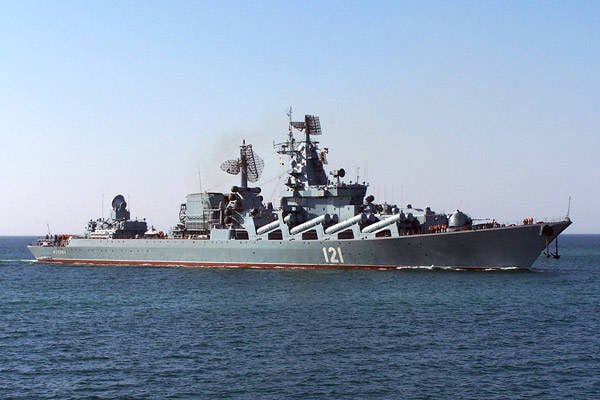 With a friendly visit, the guards missile cruiser "Moskva" arrived at the shores of Nicaragua, in a ceremony which was attended by representatives of the high command of the Nicaraguan army. He moored in the port of Corinto, located on the Pacific coast.


As reported on Monday, a correspondent. ITAR-TASS by telephone Russian ambassador to Nicaragua Nikolai Vladimir, part of the crew of the Russian ship will take part in the celebration of the 33 anniversary of the creation of the local Navy and in a number of cultural events planned by the authorities of the Central American country. President Daniel Ortega will head the main rally on the occasion of the holiday in Managua. It will be held on the central metropolitan area of ​​the Revolution.

“In the framework of the visit to Nicaragua, the public is expected to visit the Russian cruiser,” Vladimir said. According to him, 16 August ship will continue the trip, the program of which, in particular, provides for entry to one of the ports of Venezuela.

“Initially, two Russian Navy ships were planned to enter Nicaragua, but then the second of them received another command assignment,” the ambassador noted.

According to him, the Nicaraguan authorities attach great importance to the arrival of the Navy ship. "This was the first call of a Russian military ship to the port of Nicaragua for the entire history countries ", - said the source.

By architecture, it is a semi-pack ship with a forecastle extended almost to the stern. The ship has a three-sided superstructure and two masts. The design of the ship applied measures to reduce radar visibility. Structural protection is local in nature and protects only certain premises. Protection against weapons mass destruction.

The armament is based on the B-500 Basalt missile strike (anti-ship) missile system with the Argon command and control system (16 missiles in 8 dual-container launchers). SU allows you to conduct salvo firing of all anti-ship missiles. Anti-aircraft means are represented by multichannel air defense systems of the collective (zone) defense "Fort" (8х8 ВПУ, 64 ЗУР) and 2 ЗРК self-defense "Оса-М" (2х2 ПУ, 40 ЗУР). The ship’s fire weapons are supplemented with an X-NUMX-mm AU AK-130 and three 130-mm small-caliber anti-aircraft artillery systems (MZAK) AK-30M batteries. The ship is equipped with the MP-630 radar complex as part of the MP-800 and MP-600 radar, and a fully-equipped hydro-acoustic MG-750 complex (with a towed antenna). On the cruiser is based one Ka-355.

The construction of Moscow-type cruisers was carried out from 1983 to 1991 at the plant named after M.Kh. 61 of the Communard in the city of Nikolaev. For the Navy of the USSR-Russia, the 3 cruisers "Moscow", "Marshal Ustinov" and "Varyag" were built. All ships are in service of the Russian Navy.

Ctrl Enter
Noticed oshЫbku Highlight text and press. Ctrl + Enter
We are
Russian airborne troops are planning joint exercises with the Nicaraguan armyNicaragua is interested in the further development of military-technical cooperation with Russia
Military Reviewin Yandex News
Military Reviewin Google News
30 comments
Information
Dear reader, to leave comments on the publication, you must to register.