McFaul on the server

August 14 2013
36
Relatively recent times are remembered when the main favorite of the majority of readers of the online publication “Military Review” from among the now living American citizens was US Ambassador to Russia Michael McFaul, perhaps only occasionally yielding leadership to Senator McCain or Mrs. Clinton. He literally stuck to the attention of Russians watching geopolitics with his initial activity as ambassador, giving out mind-blowing interviews and publications each time. Pearl "wild country" became a kind of peak of the Moscow career of Mr. McFaul, after which the ambassador began to deflate like an inflatable mattress with an inconspicuous hole on the "belly". Information flows from Michael McFaul moved into the category of cultural studies, and even a sort of Tolstoyan philosophy. In his blogs, materials about the landscapes of Russia, lakes, chambers, comments on the works of Russian painters and writers began to appear more and more often. 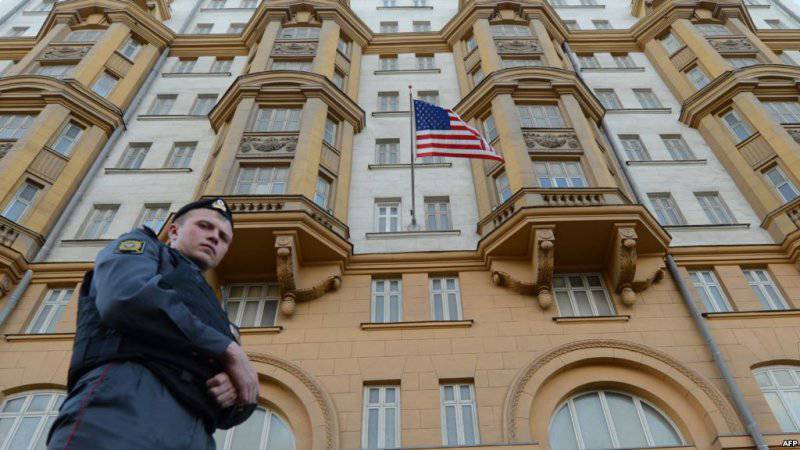 What happened to the American ambassador? At first, the idea emerged that Michael “became infected” with the traditional Russian philosophy about the meaning of his own being. And this philosophy, as it is known, can bring certain persons to sin: a green serpent, uncontrollable connections outside marriage, a superficial look at things and everything like that. However, later another American citizen appeared in Moscow, whose passport to Washington, however, had to be urgently canceled. And this same gentleman, whose name has already fallen on all top lists of news agencies in Russia, the United States and the whole world (of course, Snowden, who else) told the planet that representatives of the National Security Agency in the hero-city of Moscow in Bolshoy Devyatinsky Lane At one time, they installed one of the 150 servers XKeyscore, designed for cyber espionage. Other 149 similar electronic devices are located in other cities of the world, including Beijing, Kiev, Berlin, etc.

What is this desk, which is located in Moscow in the Big Devyatinsky Lane? The desk here, of course, is not one, but the NSA's XKeyscore server was decided to be located in the house behind the 8 number, in which, by a lucky chance, the American embassy in the Russian Federation is located. And in the embassy this works our old friend Michael by the name of McFaul, who, as we thought, was addicted to philosophy aimed at solving the secrets of the Russian soul. Now it turns out that an entire team of other masters worked in Mr. McFaul’s entourage, who were not eager to dig deep not only in the secrets of the Russian spirit, but also in the secrets of private correspondence of Russian citizens through the same cyber espionage system installed at the embassy.

According to Snowden, XKeyscore allows NSA employees to carry out detailed monitoring of the correspondence of any high-ranking Russian officials. For this it was enough to find out the email address of the personal mail of these people. Whose personal correspondence interested gentlemen from the NSA USA, Snowden did not say, but a fair conspiracy in the air spread. Such a conspiracy that, perhaps, high-ranking Russian officials urgently had to abandon their usual e-mails and switch to others.

The Guardian newspaper, by the way, claims that secret computers for scanning someone else's mail from the NSA and UK intelligence agencies around the world are not 150 at all, but whole 700, which allegedly became known from the publication of the presentation of the NSA, considered to be super secret. Who was the person who published this top-secret presentation? - the question is already closed after the statements of Snowden himself ...

So what we have. We have information that, just a couple of kilometers from the walls of the Kremlin, foreign intelligence agencies arranged equipment for espionage. The first acquaintance with such information gives us all the right to rebel, to start waving our fists and even heading with cobblestones to that same Big Devyatinsky. But such a reaction among ourselves after the recession of a gust of revanchism will cause, perhaps, bewilderment. After all, if in our country there still remains a person who believes that the American embassy and other representative offices of the “most democratic” states in Moscow are recognized to strengthen cultural and economic ties between Russia and these states, then to romanticism and faith in the victory of world peace such a person one has only to envy. In this regard, it is somehow not even surprising that the device mentioned by Snowden, who was knocking out the necessary and unnecessary information to his owners, was next to Michael McFaul. You can even say that Edward Snowden made such a "Captain Obvious". And with his revelation he surprised more Americans than Russians.

Well, tell me, do we surprise you with spy tricks here ... You will not be surprised or our brothers of Ukrainians (in Kiev, too, they were exposed), in one country they were mostly born. We have a vaccination against all this espionage fever, which allows us to perceive information about agent servers of some kind in the spirit of: “But did you find it? .. And where? In the American Embassy? Well, we thought so, where else would he be. ”

But in this case, one cannot envy the Western “partners” ... We saw how the Germans got alarmed when they learned that the Americans quietly and peacefully with the help of their servers took their Berlin! Here! The whole national tragedy was with the curtailment of "partner" programs, shaking the tobacco from a common pouch into one's own.

In general, you can of course stick with questions about XKeyscore to McFaul: they say, Michael, how can that be, did the high frequencies of the server affect your overall well-being? But now he mostly talks about the weather with the Russian press, and today in Russian-American relations, it’s such that it’s better not to remember ...

Ctrl Enter
Noticed oshЫbku Highlight text and press. Ctrl + Enter
We are
Results of the week. "This is not for you ..."Michael McFaul and Russian prejudices
Military Reviewin Yandex News
Military Reviewin Google News
36 comments
Information
Dear reader, to leave comments on the publication, you must to register.