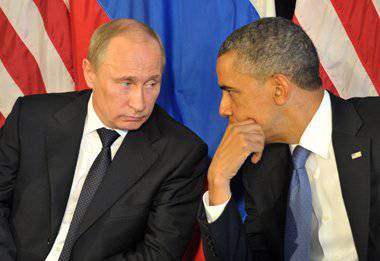 The Snowden casus makes it impossible for Moscow to evade the answer to the question: “Are you with or against America?”


There are not enough keyboard keys for Russian diplomats to express the depth of their disappointment at the refusal of Barack Obama to meet with Vladimir Putin on the margins of the next G-20 summit. The reaction of the Russian side to, in general, the expected gesture from the outside seems painfully hypertrophied. Of course, diplomacy is first of all the science of politeness, and when the mother-in-law calls and informs that she changed her mind about going to dinner, you need to be able to portray sincere disappointment. But do not throw in the legs, do not wring hands and do not pester the old woman bewilderment - it can in fact change her mind.

We are trying with all our might to convey to our “in spite of everything” partners that we are extremely upset, disappointed and simply defeated by the refusal of Barack Obama. Probably, it flatters someone in the White House, but obviously it does not fit well with the strict anti-Americanism that is issued through loyal media channels. But would it not be more honest to accept the facts and not try to revive the cooling body of the “reset”, which, to be honest, was born prematurely. Obama’s refusal to meet with Putin cannot even be called an act of disrespect (and Baak Obama’s respect for a person who once said the famous Munich speech is a third-rate thing). This is a simple continuation of the logic of the modern world order, where the US decides the fate of one and all, and there bother with questions of diplomatic ethics to the extent that.

Although the picture was somewhat complicated by 30-year-old boy Snowden - exactly one of those whom the Russian viewer was used to seeing in the dumb American comedies about students. His abilities are clearly underestimated at home, but now, through various channels, they make it clear to us that it was the provision of a political asylum to the former CIA employee (albeit temporary) that was the last straw that persuaded Obama not to communicate with his Russian counterpart. But it was precisely that “last straw”, but no reason: Washington in every way convinces us (yes, it seems, itself) that Snowden is generally some sort of stupidity and misunderstanding, but then he is perplexed - why did he give up to us why not return?

It can be seen that the scale of the White House’s demarche does not correspond very well to our overblow reaction. Moreover, the American president is not going, in principle, to boycott communication with Putin. And will not meet. Because it is not necessary first of all to him. In general, in today's situation for Washington, Putin’s refusal to communicate with Obama would be a far greater disappointment. If only because such a turn would already be a signal. Washington is ready to endure audacity from the mouth of the head of the state, a “partner,” but direct demarches are too much. Fear of uncertainty, uncertainty is one of the strongest.

But even in this case, the reaction of the United States would appear to be less humiliating for the country itself.

- Russia continues to demonstrate to the world that it is strictly in the field of international law and calls on everyone to be in this legal field. In this regard, we express bewilderment, since there were no formal reasons for such a demarche on the part of Barack Obama. But in fact, the Americans proceed from a completely different logic: they have long seen in the grave international law and proceed only from the fact that they are a hyperpower that rules the world. And the only thing that prevents them from stating it openly is the absence of legal grounds.

So it turns out that Russia is perplexed, because from a legal point of view there are no grounds for canceling the visit of the American president, and America is perplexed because it considers itself the mistress of the world, to the will of which everyone must obey and therefore sees no reason for the meeting, since Russia behaves "Rebellious" does not fulfill American requirements. For America, this alone is a fatal event in itself. We are in completely different coordinate systems and they do not converge, but diverge. We insist on the multipolarity of the world and the right of nation states to sovereignty. America, on the other hand, proceeds from the fact that the world is unipolar, that it is itself a hegemon, that it is an indisputable fact, an axiom and the world simply must live with this truth. Over time, these two conflicting models diverge further and further.

We have two options: either accept the American point of view, American logic and capitulate, giving up sovereignty and the agenda itself, or begin to increase its influence in the world. This can be done only by attracting allies and creating strategic military blocs. That is, by increasing our geopolitical weight. And this can be done not by increasing internal capabilities, but by creating civilization blocs.

And in fact, Russia today is on the path of creating such a bloc, on the path of restoring the Soviet space, which is very painfully perceived by the American side. After all, if this process develops successfully, the United States will eventually be forced to admit the fact of the presence of this Eurasian supranational bloc, which will synchronize the strategic, political and military positions of the states included in this bloc. This, in effect, will open the era
multipolarity.

The created Eurasian bloc itself will become a precedent for the formation of the same military-strategic blocs, poles. A multipolar world will become an absolute reality that America will have to recognize and inevitably reconsider its approaches to foreign policy. Only in the conditions of multipolarity will we be able to change the overall situation in the world, pay off conflicts, increase our influence by involving new states in our orbit and creating both geopolitical civilization blocs.

Snowden just helped to raise the issue of a multipolar world, he forced Russia to take the path of forming its own agenda. All previous years, starting with Putin’s coming to power and before the advent of Snowden, Russia tried to sit more and more in the shadow of global processes, to avoid defining its position. The world asked us: "So are you with America or are you against America?" I had to shy away from the answer to such a simple question: “Well, what does“ with America ”mean? What does "not with America" ​​mean? We have our own interests there, we will defend them, but at the same time do not insist, and if we insist, then not much, we can bargain, retreat or advance (but not for long!). ”

Snowden sharpened the situation so much that it became impossible to shy away from the directly posed question and the situation began to develop rapidly. Our side showed perseverance in matters of sovereignty and generally following the letter of international law, while the American side increased pressure by refusing to take it for granted. This may well turn into a “cold war”, but it is not necessary to be afraid of it. Either we capitulate without a war, without a fight and without suffering, or "we will still fight" and, perhaps, even come out of this war as winners, because once they have already suffered defeat ...

Ctrl Enter
Noticed a mistake Highlight text and press. Ctrl + Enter
We are
Interview of V. Putin to Channel One and the Associated Press AgencyWhat you didn't want to know about England
37 comments
Information
Dear reader, to leave comments on the publication, you must to register.