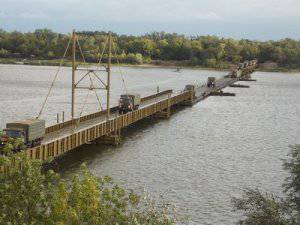 The questions of the “Red Star” are answered by the head of the road service of the Department of transport support of the Ministry of Defense of the Russian Federation, Colonel Vladimir BURAVTSEV.


- Vladimir Valerievich, история road service has more than 200 years, if you count from the date of the formation of the first road units in World War 1812 year. During this time, automobile and road troops inscribed in the chronicle of the Fatherland many heroic pages. And what is your service today?

- In fact, earlier dates can be considered as the time of creation of our service, because as soon as the first Russian regiments went on their first campaigns, then reliable road support was required to supply the troops.

World War 1812, World War I, World War II, post-war local conflicts in the world and on the territory of the former USSR, in modern Russia proved the importance and significance of the road service. I will give just one example. 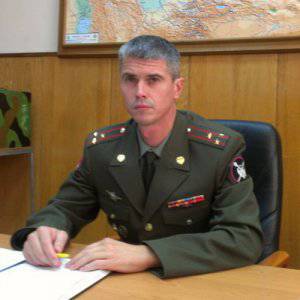 Vladimir Valerievich Buravtsev was born in 1971 in the GDR, hereditary military. At the end of the Moscow Higher Command School of Road and Engineering Troops in 1993, he was sent to the traffic police commandant brigade. He graduated from the Military Academy of Logistics and Transport, has gone from a platoon commander to the head of the automobile and road department, and then the road service of the Transport Support Department of the Ministry of Defense of the Russian Federation.

- The whole world knows and remembers the road of life on the ice of Lake Ladoga ...

Today, motor transport and road maintenance are still integral parts of the transport support of the Armed Forces of the Russian Federation and guarantee timely movement of formations, military units and transportation of material resources in the interests of groups of troops and forces.

The system of military command and control bodies, military units, divisions and institutions providing motor and road support is organizationally part of the forces and means of material and technical support of the Armed Forces and includes: in the central apparatus of the Ministry of Defense of Russia - the road service of the Department of Transport Support; in each military district (navy) - the automobile and road service of the transport support department of the military district (fleet), automobile, road-curfew and bridge battalions, water supply companies of MTO brigades, road-curfew and bridge brigades of wartime, military equipment and property storage bases, federal state institutions of the Ministry of Defense Russian "Road Maintenance Section". In the formations and units, we have automobile divisions of support battalions (material and technical), automobile divisions of material support platoons (household platoons). In the associations of the Air Force, Navy, Strategic Rocket Forces, East Kazakhstan and Airborne Forces — automobile battalions, companies, platoons and organizations; automobile companies (platoon, squads) of the MTO battalions (support company); road-commandant battalions and bridge companies.

Despite large-scale reorganization of our service, we strive to preserve all the centuries-old experience acquired by our predecessors.
23 September 2012, the Russian Road Forces celebrated the 200 anniversary of the formation. On the eve of this anniversary, in September 2012, special exercises Kavkaz-2012 were held, during which units and military units of the automotive and road troops demonstrated a high level of combat training, proving that they are worthy followers of their predecessors.

As part of these exercises, the bridge units of the two road commandant battalions of the Southern Military District and the Bridge Battalion of the Western Military District assembled a unique combined highway bridge in the village of The sandy Volgograd region across the Don River is longer than 600 m.

The uniqueness of this bridge lies both in technical solutions for the joint use of various sets of road collapsible bridges and a floating insert from the pontoon-bridge park set, in the characteristic of a surmountable water barrier, and in the organization of joint actions of divisions from several military units.

There are no precedents for the complexity of the technical problem in the history of modern Russia.

At the same time, we would like to note the work of our automobile battalions and the role of military motorists, on whose shoulders, both in the heat and in the cold, the task of transporting various material means, including dangerous goods, such as fuel and lubricants and ammunition, falls. Every year more than 1,5 – 2 mln. Tons are transported by automobile battalion transport.

Currently, in order to optimize the management of military road transport and improve the efficiency of the use of automobile units and military units, work is underway to implement the GLONASS system. In accordance with the state contract concluded by the Ministry of Defense of Russia, by 2016, all military units of the automobile troops and transport control authorities will be fully equipped with this equipment.

- How did the automobile and road units prove themselves during the recent surprise check?

- A recent surprise check of the combat readiness of the troops (forces) of the Central and Eastern Military Districts has shown that the created military units of the constant readiness of the automobile and road troops are capable of performing the assigned tasks. Thus, in order to ensure the advancement of troops, our divisions organized a road commandant service on the roads of a total length of more than 2,5 thousands of kilometers, deployed an 21 dispatch center and 20 moving control posts. Automobile divisions have transported more than 9,5 thousands of tons of various inventories.

- Is a new technique, equipment in your service being developed and coming into the troops?

- Yes of course. For example, universal bridge structures (EMC) with spans of more than 70 meters (against 30 meters from СARM) replaced the well-proven middle road bridges (CAP) for more than a decade (CARM), and the greater depth is used floating means (ONS) for the device of special floating supports. Such bridges can be established by a battalion of 10 people for 300-2 days, and they can stand for several years, withstanding seasonal fluctuations in temperature, ice and river flooding.

To ensure shipping, it is possible to use floating inserts similar to pontoon bridges, which can be pulled apart by special motorized boats.

Now developers offer many interesting modern projects in this area. Therefore, we only adapt such technical means for our tasks. The cost savings are substantial compared with the independent implementation of their development from scratch. Including there are options for the use and railway bridges for the movement of automotive vehicles on them.

Automobile divisions of logistics teams were re-equipped with modern KamAZ vehicles with increased maneuverability and carrying capacity, which made it possible to increase the possibilities and efficiency of using these divisions.

- Is there a gradation of roads in terms of using them in the interests of the Ministry of Defense?

First of all, it is necessary to note the roads of non-public use - the roads of landfills, access roads to military units, that is, roads used exclusively in the interests of the Armed Forces. Driving on such roads to other users is prohibited.

Not so long ago, during his business trip in the Krasnoyarsk Territory, it was possible to hear about how, in winter, before the creation of a DEU in one of the military units, another change in combat crew had to travel several kilometers to the place where he was on duty - the snow covered the road!

DEA are needed. This has been clearly demonstrated by many years of practice. Now we are working on optimizing their number, providing them with modern technology.

At present, we are paying a lot of attention to working with subjects of the Russian Federation and local governments on the transfer of highways that have lost their importance for the Russian Defense Ministry. Unfortunately, we do not always find understanding from the local authorities. Of the more than 300 roads with a length of 900 km, at present, only five roads have been accepted to receive, and it should be understood that these roads are used in the interests of the local population and their maintenance and repair should be funded from the budget funds of the road funds of the RF subjects. It turns out that the Ministry of Defense takes care of the local population more than local authorities who refuse to maintain these roads.

The list of defense roads is now being processed, a new decree of the Russian Government is being prepared on this score. The technical protection of such roads is provided by units of the Federal Highway Agency, and we control this process and in the future together with them solve the problems of road provision.

- How is interaction with other departments organized in your work?

- We will coordinate our projects with the departments concerned. For example, we are building a bridge in the framework of an exercise across the navigable river - we will coordinate work with the appropriate federal agency. Or, changes are being projected on the defensive road - then the designers will come to us for approval.

Very neat approach to their work. No one can say that the military road builders violated something there, hurt someone. The military, as a rule, only benefit their teachings bring. Restoring civil bridges from local materials. But this often happens in a war, when it becomes necessary to create a whole area of ​​bridge crossings from improvised means, ensuring the supply of troops, ammunition, fuel and other materiel, as well as the evacuation of the wounded, sick and the local population. In peacetime, a bridge destroyed by a flood and restored by military road builders often serves the local people for several years until a new capital structure is erected in its place.

For example, in 2001, a double-track bridge over Klyazma with a length of more than 100 meters under the load of 60 tons was erected by the forces on the federal highway Moscow - Nizhny Novgorod near the city of Vladimir during the reconstruction of the capital bridge. And in 2002, in Nevinnomyssk, the automobile bridge across the Kuban River, damaged by the elements, was restored. In the period from 2004 to 2007, six bridges of local materials were built in the Tula region.

The bridges built by our road builders serve not only in Russia in peacetime.

In 2006, in the Republic of Lebanon, by the forces of the 100-th separate bridge battalion under the command of Col. E.V. Zhukov, out of the standard equipment available to equip our road troops, nine destroyed bridges were restored.

The funds themselves, in accordance with the interstate agreement, were transferred to the Republic of Lebanon. Seven servicemen of the battalion were awarded state awards, 38 - departmental medals of the Ministry of Defense of Russia.

We closely cooperate with the Main Directorate for Road Safety of the Ministry of the Interior of Russia. Here, I believe, nothing needs to be clarified. The importance of this interaction is difficult to overestimate. We worked closely with the internal troops and we work in the Caucasus region.

“These days, many high school graduates choose the way forward. Where to go to study - for them the question is more than urgent. Where can I get training and get a diploma of a road warrior?

- First of all, in our “alma-mater” - Military Academy of Material and Technical Support named after Army General A.V. Khruleva at the departments of the road service, the construction of military bridges and tunnels. Also, quite recently, the Military Technical University (previously it was subordinated to Spetsstroy of Russia) has been subordinated to the Ministry of Defense of Russia, where specialists on the use of formations and military units of automobile and road troops will be trained.

Ctrl Enter
Noticed oshЫbku Highlight text and press. Ctrl + Enter
We are
In Belarus, the first step has been taken to revise the nature of the Great Patriotic War: an interviewThe importance of the Victory Parade in Russia is being questioned
Military Reviewin Yandex News
Military Reviewin Google News
3 comments
Information
Dear reader, to leave comments on the publication, you must sign in.