In Russia, working on the oval aircraft "Frigate Ecojet"

August 13 2013
100
In Russia, work is underway to create a civilian aircraft, the Frigate Ecojet, which can be called a new word in the aircraft industry. The Central Aerohydrodynamic Institute (TsAGI) is working on new technologies for the Fregat Ecojet aircraft, which has an oval body. It is reported by ITAR-TASS, referring to the head of the laboratory TsAGI Peter Savin. Currently in the world there are no aircraft that would have a similar layout.


The experiments carried out in the TsAGI wind tunnels proved the feasibility of a project to create a Frigate Ecojet passenger liner with an oval fuselage. If there is a positive opinion of UAC, this project can be included in the “2020 Aircraft” program, Peter Savin talked about this at the 3-th International Industrial Youth Forum “Engineers of the Future-2013”.
The Frigate Ecojet wide-body passenger aircraft is designed according to an integrated circuit using 2 Russian-made engines (PS-90A20 or PD-18R) or foreign engines (Pratt & Whitney, Rolls-Royce,). The basis of its concept and a fundamentally new element of the proposed wide-body passenger aircraft is the use of an elliptical fuselage cross-section. 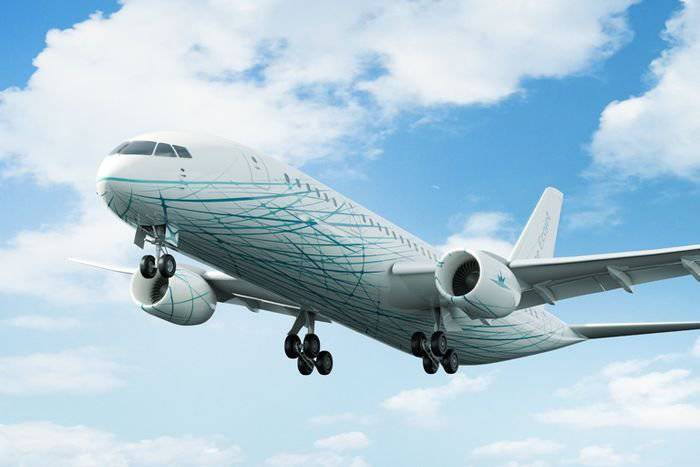 The form of the fuselage chosen by the developers provides the aircraft with minimum dimensions provided that the 300 – 350 passengers are accommodated in 3’s individual cabins with a pitch of at least 810 mm and equipped with three main aisles at least 500 mm wide. In economy class, passenger seats can be reduced to 400. It is assumed that in the basic layout the Frigate Ecojet will be able to take the passenger on board the 302. The lower deck of the aircraft has 2 baggage compartments that can hold up to 20 LD-3 type containers or cargo on 95 × 125 cm pallets (37,4 x49,2 inches). For the aircraft provides a three-class layout: business class, premium economic and economic class. All airplanes are planned to be used on medium and short range routes at a distance of up to 4,5 thousands of kilometers.

The section chosen by Russian engineers, depending on the cabin layout, on the 4-14% is able to reduce the area of ​​the fuselage washed surface compared to modern wide-body passenger airliners such as IL-86, IL-96, Woeing 777-200 and Airbus XNX-X-NX-XNX-XNUM-XNUM-340, IL-300 and Boeing XNUM-XNUMX. At the same time, the floor of the passenger cabin of the new Russian aircraft is planned to be used as an element of the structural-power circuit for the perception of excess pressure. 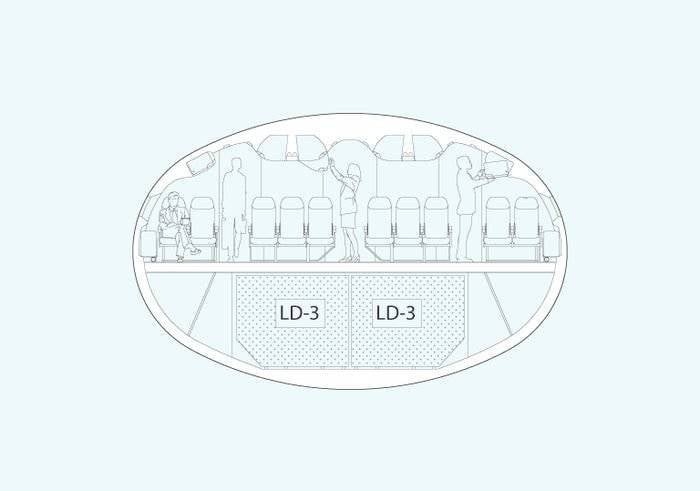 The TsAGI conclusion on the promising Frigate Ecojet aircraft says that the proposed scheme of a passenger airliner is possible and, most importantly, feasible in practice, and the integrated efficiency indicator is up to 35% higher than all currently existing models aviation technicians. This conclusion was also preceded by the comprehensive work of designers to conduct all kinds of research and “fine tune” the project to the actual route networks of a number of aviation companies.

Alexander Klimov, who is the head of the Fregat Ecojet project, told reporters that the presented feasibility study of the project assumes that the first Frigate Ecojet airliners will be put into operation in 2020. According to the IATA studies, this year should be a massive replacement of aircraft fleets of major world aviation companies. Project management expects that the new aircraft, designed and built on the basis of modern technological scheme, could be an excellent candidate for the replacement of existing passenger aircraft. At the same time, the feasibility study of the Fregat Ecojet project demonstrates its high investment attractiveness both for the state and for other potential investors. 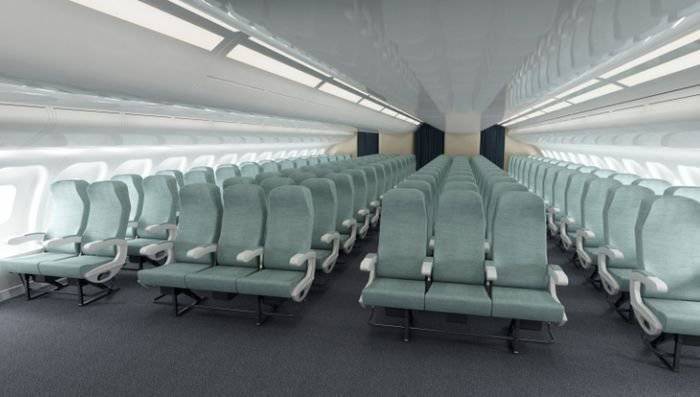 FPG OJSC “Rosaviakonzortsium” has been designing the Russian competitive aircraft “Frigate Ecojet”, starting with 2009. The launch of the serial production of the aircraft is tentatively scheduled for 2020 year. The forecast for the release of "Frigate Ecojet" is 250 aircraft to 2030 year. According to the research conducted by the International Air Transport Association (IATA), the demand for this aircraft at the turn of 2020 is approximately 450 machines. These figures should provide an increase in the share of Russian products in the market of wide-body passenger airliners with a capacity of up to 400 people from the current 0% to 6% of the total international market volume to 2023.

In accordance with the feasibility study, the total investment in the project should be about 115 billion rubles. At the same time, the order of 63% should fall on investments of a capital nature, such as conducting R & D on the design, development and certification of the Fregat Ecojet airliner, organizing a system of its after-sales support, building and equipping a serial assembly production. Investments in the increment of working capital should be about 42 billion rubles. The peak investment load on the Frigate Ecojet airliner project should be in the 2019 year. 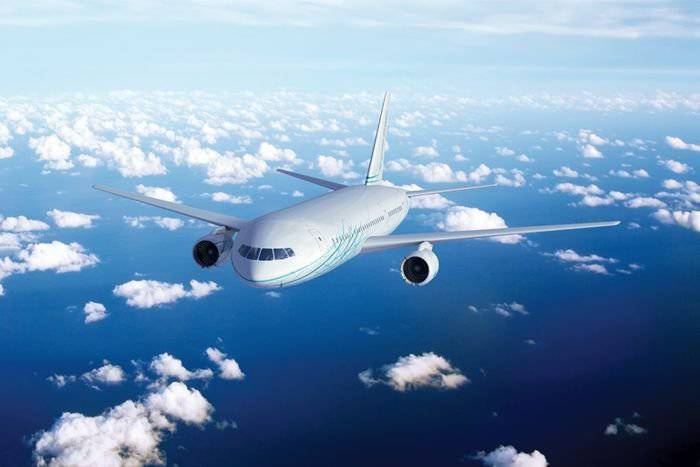 It is planned that the structure of the share capital of the project to create an “oval” aircraft will be made up as follows: 10% funds of OJSC Rosaviakonorcium FPG, 30% - budget funds, 50% - an investment loan. In this scenario, the total need for investment from the budget is estimated at 29 billion rubles. The recoupment of these investments will be achieved through tax deductions for the program and must occur in 17 years from the beginning of its implementation, that is, in the 2029 year.

The total amount of tax payments for the project should be 51 billion rubles to 2030 year (forecast). And the total net profit of the project for the period from 2012 to 2030 is estimated at 160 billion rubles a year. It is worth recalling that this year TsAGI specialists evaluated the results of the conceptual design stage of the new Frigate Ecojet aircraft quite positively. Among other things, they noted the possibility of ensuring the durability of the structural-power scheme of the machine in given limits of the weight of the structure, as well as a very high level of perfection of the aerodynamic layout of the aircraft. 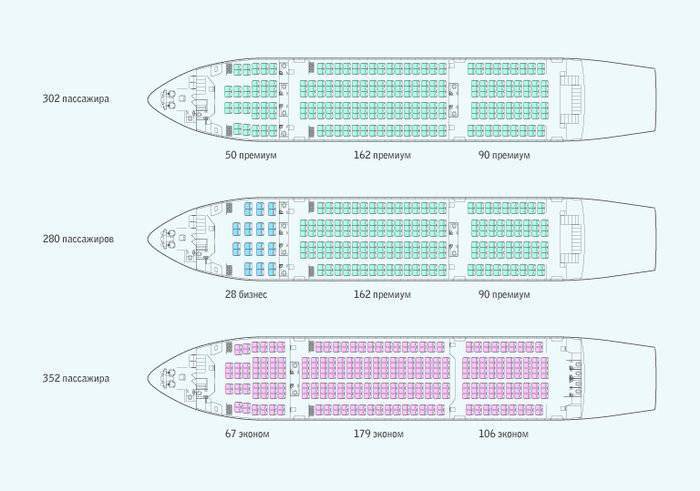 Currently, OJSC FPG “Rosaviaconsortium” is one of the first companies in our country that specializes in the management of projects in the field of aviation industry and civil aviation. This company was created to accelerate and optimize the work on the promotion of the Russian aircraft in the domestic market, primarily the Tu-204 aircraft family. However, in addition, FGP OJSC “Rosavianconsortium” implements a number of other projects in the interests of the domestic aviation industry. Among them - the Internet Agency for the sale of air travel Agent.ru, GDS "Sirena-Travel." Another quite important area of ​​the company's activity is design work, within which research and design of an airliner for a fundamentally new design, power and integral aerodynamic design has been conducted for many years.