August 13 2013
4
In two weeks, the international air show MAKS-2013 will be held in Zhukovsky near Moscow. Russian aviation the industry is already completing the final preparations for this event and is preparing its developments for display to potential customers and fans of aerospace technology. So, the other day it became known that at the next show, the Russian Helicopters state corporation will present a new Mi-28UB combat training helicopter. 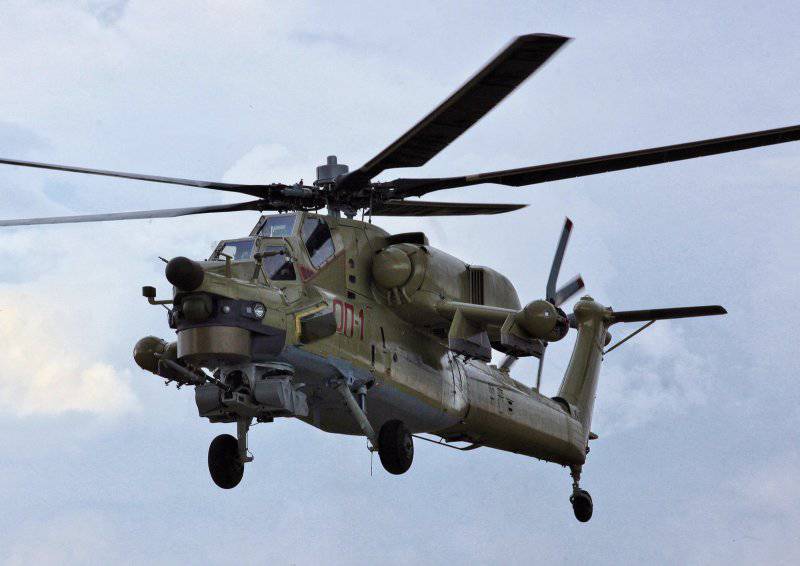 MAKS-2013 will be the first exhibition where the general public will be able to see the new modification of the attack helicopter Mi-28Н. The fact is that the assembly of the first prototype at the Rostvertol plant (Rostov-on-Don) Mi-28UB was completed relatively recently, because of which he made the first flight only on August 9. Factory test pilots conducted the first flight lasting more than half an hour. During this time, the control and recording equipment recorded the operating parameters of all the systems of the helicopter. It takes time to decrypt and analyze the collected data, but after the end of the first test flight, the pilots reported that the Mi-XNUMHUB was ready for further testing, and then for mass production.

The development of combat training modification based on the attack helicopter Mi-28Н began in 2010 year. The aim of the project was the creation of a rotary-wing aircraft, suitable for training pilots. According to the data, voiced by the Commander-in-Chief of the Air Force, Lieutenant-General V. Bondarev, the use of the Mi-28UB training helicopter will reduce the training period for combat pilots by two or three times. At the same time, despite its original purpose, the new combat-training helicopter retains all the shock capabilities, which greatly enhances its potential. Thus, if necessary, the Mi-XNUMHUB can be used not only to train pilots, but also to attack enemy targets and equipment. 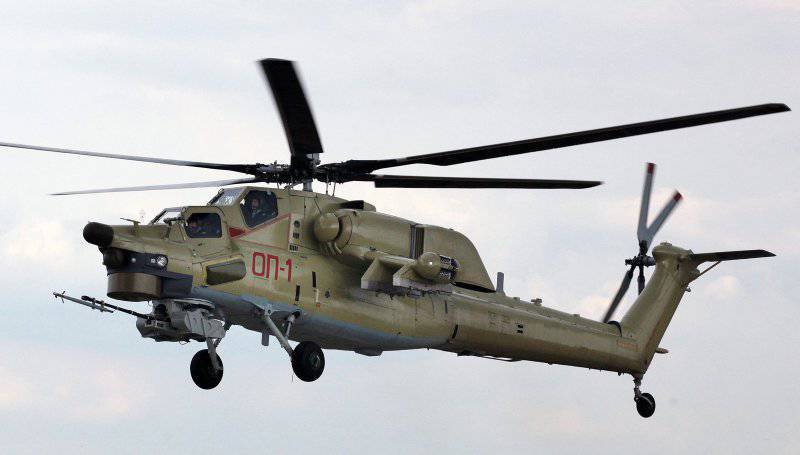 As reported in the official press release of Russian Helicopters, the main difference between the training and combat version of the helicopter from the original shock is the presence of a dual set of controls based on hydromechanical systems. Thus, the helicopter can be fully controlled from any cabin. Mi-28H did not have such a control system, because of which the operator in the front cockpit was limited in piloting capabilities. In the combat training helicopter, instead of the operator of the systems, an instructor is located in the front cockpit, and a trained pilot is in the rear. In connection with the new "specialty" the design of the updated helicopter was slightly modified and refined. Thus, the dimensions of the front cockpit are increased, as well as the rear cockpit lamp is expanded. In addition, new energy absorbing chairs were used to protect the pilots from injury during a hard landing.

The first prototype of the Mi-28UB is a helicopter model Mi-28H (serial number 02-01, onboard - 37 "yellow"), built in 2007 in the second installation batch and subjected to all necessary modifications. Re-equipment of the attack helicopter in the combat training, according to different sources, began in the spring or summer of the last 2012 of the year. During the revision, Rostvertol employees equipped the helicopter with a new control system and updated various on-board equipment in accordance with the project.

Despite the fact that the Mi-28UB combat training helicopter has just begun test flights, the command of the air force is already planning purchases. According to the Commander-in-Chief of the Air Force, before the 2020, the Ministry of Defense will acquire such helicopters from 40 to 60. It is planned that in each part operating the Mi-28H attack helicopters, there will be from four to six combat-modified training vehicles. Such a number of Mi-XNUMHUB helicopters, as suggested by the military, will be sufficient to train young pilots.

One of these days, the first and the only combat training helicopter Mi-28UB will be sent from Rostov-on-Don to Zhukovsky, where it will appear before visitors of the international salon MAKS-2013. Unfortunately for specialists and the public, while the Mi-XNUMHUB will take part only in the static exposition of the products of the Russian Helicopters. Demonstration flights are not planned, so potential customers, specialists and aviation enthusiasts this time will have to limit themselves only to inspection of the new helicopter in the parking lot. In the future, as testing and launch of serial construction, the Mi-28UB helicopter will become involved in the flight programs of the exhibitions.

Accurate information about the timing of the completion of tests and the start of mass production of new training and combat helicopters is not yet available. The only term mentioned by officials is 2020 year. It is at this time that the X-NUMX to the X-NUMX Mi-XNUMHUB helicopters will appear in the air force. Other details are not yet available, but this can be explained by the early stage of the project. In the future, along with the completion of a particular test phase, new information should appear. One way or another, the delivery of serial helicopters to the troops will begin in the coming years.