Thanks to parents for such a son!

August 13 2013
57
Edward Snowden. Question: "Who has not heard this name today?" Answer: "Unless only he who can read and is unable to hear." He lived for himself in the service of the sovereign (read - ANBvskoy), a modest fellow of slender physique, but powerful analytical skills, thanks to which he had access to information of exceptional importance. And so, having plunged into the abyss of this important information, an idealist analyst, who saw his mission in the earnest service of his only (in the world, he thought) democratic country, which (again in his understanding) was the strongest defense and even in the school, the idealist parents spoke, and the same, inspired) the values ​​bestowed by God and the government of the country, suddenly discovers that all this destructive information is not completely obtained by decent methods and is far from being used to protect, chanted and hammered in Tin ordinary Americans, ideals, and directed to the organization of blackmail and to sow in this world of chaos, destruction and suspicion. 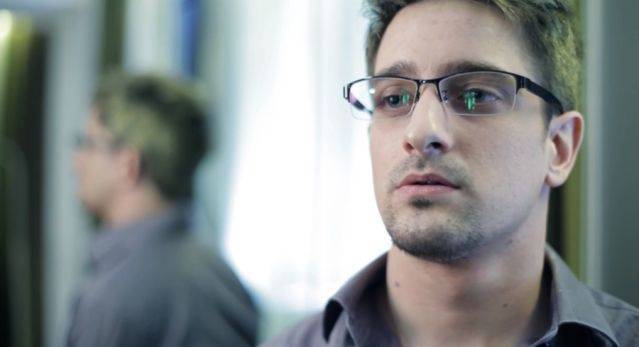 What do the appalled idealist analyst do? Another would simply accept the fact with which he faced and would find an excuse in the form of ordinary reasoning on the topic that he was assigned a certain job, and he should do it, and then the grass did not grow. So many and many did before him, and so it could happen this time. But by the providence and the course of the World Stories this ordinary case was prepared for the role of the BOMB! Bombs information. Our analyst, having seen all the secrets of the extracted information and methods of its use, was kindled with anger, like a normal, morally healthy idealist. But he did not take into account that the morally healthy sense of adherence to ideals and their defense are not honored by those bosses who equipped him for unclean things. That is, E. Snowden (and, you guessed it, it was he) felt the collapse of those ideals that were inspired to him by the entire state machine of the country, which he had previously considered to be immaculate Deva Mary and Mother Teresa in one person.

And again, the gifted analyst and the incorrigible idealist acted against every cliché and predictable situations - he decided to put all this “dirty underwear” on public display so that those who washed this “muddied” underwhelm, covered with shame and went on the way of correction. Here he is - wrong. Those whom this information concerned directly, and whom she could incinerate, like the rays of the rising sun burning vampires, were not at all ashamed of their not righteous deeds, but decided to hide this rebel and idealist away from the eyes of men and their worldwide disgrace.

Well, then we all know how all the subsequent events developed - Snowden, thanks to the Chinese, successfully escaped from one country, passed through another and found himself at the airport of the third - Russia.

All subsequent events after this are worthy of writing to the most talented writers of the detective genre, and I think this will happen in the near future, but I would like to focus on the two most significant moments of this epic, which is already included in the annals of the struggle of special services called “Snowwood -gate ”, this is the first thing - the scenery about complete mutual understanding and mutual disinterestedness of the participants of one military-political bloc - NATO collapsed. And - the second - a fluent idealist analyst handed over to the President of Russia such a powerful weaponwhich can give him (Putin) indescribable advantages for a certain time period, which one could only dream of. Skeptics can shrug - “What can it give?”. Believe me, judging by the information and current events, already gives.

One of the indicators could be the confusion that the American administration is experiencing, the different vector of proposals for a possible response to the Russian demarche to provide Snowden with shelter and those hysterical speeches of the most radical American politicians.

But, this is what catches the eye offhand. There are other examples of the failure of the seemingly well-functioning mechanism of interaction between NATO member countries. This and all kinds of claims of the European governments to the United States, this and mutual accusations of the special services and the refusal of further cooperation on the same principles, this and the urgent reform and reshuffling of the NSA of its structure and its staff. And this bears the inevitable material costs.

But that's not all. According to the information sources, the recent closure of US embassies in a number of countries for a period of time is the same result of the information that fell into Putin’s hands, and which could be revengefully injected by him in response to the already American demarche of Obama’s refusal to meet with Putin. It’s ridiculous, of course, but American analysts, political scientists and strategists thought that for Putin, Barak’s refusal to meet him would be such an astounding blow that Putin would certainly start tearing his hair, would fall to his knees and readily give out a runaway ANBShnik. In general, such a move by Obama was bound to paralyze the will of the Russian President or to induce him to do good things in the form of promulgation of materials received from Snowden. So far away from sin they decided to temporarily cover their embassies.

From all this it can be seen that the information that Snowden still shared with the Russian special services (I would like to hope so) is so important and so disreputable to the Americans that it causes not passing jitter and nervous excitement. It is expensive.

One person had a collapse of his idealistic notions, he saw that those who constantly talk about the observance of human rights themselves violate these rights every day and nightly and that behind the white-toothed American smile lies an animal, jackal grin. But, unlike many of his predecessors and by virtue of his upbringing and his ideals, he decided to reveal the revealed facts, knowing that he wouldn’t be patted for it and that he might have to go running. The good examples of the attempts to arrest Assange and the trial with a life-long conviction of Maning are obvious.

This is an act. And the willingness to commit acts, most often, the child is laid in the family. And not every parent in America FAST America is ready to raise such readiness with his child. It’s good that Edward’s deed filled up the treasury of the capabilities of the President of Russia. It’s for the fact that Edward Snowden’s parents were able to raise with their son, even if idealistic, the idea of ​​justice and the readiness to fight for it - thank you very much!