Vardan Baghdasaryan: About the recruiting of political elites 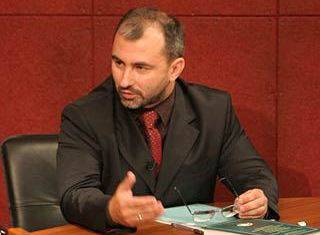 Only the lazy does not speak about the need to change the modern political elite. But if the decision on such a change is really made, then, naturally, the question will arise about how to implement it. I would characterize the proposals circulating in public discourse as a romantic democracy. The proposed system of recruiting (selection, selection) correlates with the functioning of democratic institutions: election, the dependence of the executive power on the representative, independence of the courts, elimination of political censorship, reduction of political appointees. I catch myself thinking that all this has already happened. This whole set of recommendations is well known from the experience of reforming the second half of the 1980s. Then the society was covered by some elective syndrome. What was the result? Clan groups have flourished, the criminal world almost openly introduces their appointees into power, and ethnic lobbying mechanisms are being formed. For comparison, in 1986, the representation of national minorities in the Central Committee of the CPSU was 24.7%, and already in 1990, it was 46%. In general, the illusions of democratizing the system of elitist rotations then failed. Today it is proposed to repeat the experiment. But will the consequences of this experimentation be even more catastrophic?


The political elite, in fact, is nowhere and never formed democratically. The thesis of the need for democratization often used a counter-elite against the existing elitist group.

The formation of elites in reality in all historical had a niche, closed character. Everywhere it was determined by the presence of various filtration institutions. In the European Middle Ages, these were monastic orders. In the East, the role of a kind of political filter belonged to religious schools. In modern times, various kinds of political clubs appear. Filtration functions historically belonged (and there is reason to believe that they still belong) to the institution of Freemasonry. Given the real high cost of political elections, there is also a certain financial filter of elitist selection.

In order to discover the true mechanisms of recruiting elites hidden behind the screen of democracy, it suffices to turn to the US experience. The elitist selection filtration institutions are the reality of American political life.

On the one hand, these are tribal clans. Two Bush, two Clinton, previously two Adams, the Kennedy clan, the Roosevelt clan - all this is quite bad with the classical notion of democracy.

Another American elite filter is represented by religious institutions. Even M. Weber testified to their regulatory significance in the life of Americans. When moving to any city in the United States, a person who engages in public activities, the first thing is to register with an existing religious community. Such registration serves as an unofficial public pass (filter). Without this, the success of a person in the public sphere is impossible.

Judging by official sociological data, the religious structure of American society has the following representation: 51.3% - Baptists, 23.3% - Catholics, 16% - those who do not share the views of any religion or adhere to individual religious ideas, finally, Protestant minorities - 7-8 % However, the denominational affiliation of American presidents is completely inconsistent with these proportions. The lion's share of them in recent US history is precisely 7-8% of the Protestant minority. Hoover and Nixon - Quakers, Eisenhower and Reagan - Presbyterians, Bush Sr., Ford, Roosevelt - Episcopal Church of England, Johnson - Church of Christ. We can talk about a certain trend. Over the past fifty years, there have been three cases where, when entering into active political activity, the future president has sharply changed religious affiliation, moving from one community to another - Eisenhower, Reagan, George W. Bush. Is it a coincidence? Judging by all these facts, a certain role of religious communities in the United States in the formation of the American political elite is quite obvious.

The third filtration institute of the USA is elite educational institutions. The first line in this series is Yale University. There, from the student's party, they form the American political elite (“ruling class”). What kind of democracy can we talk about in this case?

And what are the current mechanisms for recruiting the ruling class in Russia? We attempted to calculate the clan ratio (2009). Clan groups in the highest Russian authorities were determined by analyzing the biographies of representatives of the political elite. Detectable group matches in the personal data allowed us to make an assumption about the presence of the structures of the respective clans. A higher than 10% clan representation is considered high. As applied to the post-Soviet period, the ratings of one hundred leading Russian politicians were used to determine the political elite.

Up to one third - 33% of the representatives of the political elite in modern Russia are made up of persons whose origin or work activity is connected with Petersburg (Leningrad). The concept of the "Leningrad clan" is today quite stable in the political science literature, and is confirmed statistically in this case.
A well-known modern phenomenon is the widespread introduction of former and current representatives of the security and law enforcement agencies to the level of supreme power. Their share in the modern political elite is at an unprecedented high level, exceeding a quarter of the entire establishment - 27%.
Even more impressive is the growth of representation in the highest political power of persons whose activities were associated with banking institutions and big business. Already by 2000, it was more than a third of the Russian ruling class. Today, that figure has reached 50% of the entire establishment. Despite the reports about the victory over the oligarchic capitalism of the 1990 model, the true image of the authorities makes it possible to state the opposite trend. The financial oligarchy is today the reality of the modern functioning and co-opting of the Russian authorities.

Verification of the calculations was carried out on the staff of representatives of the Legislative Assembly. The expediency of such a check was determined by two considerations: first, the sample was increasing - up to 620 people; secondly, it was a question of a body formed democratically - through elections. If the clan structures are preserved in it, then the recipe of election does not in itself cancel the action of other undemocratic recruiting mechanisms. The assumption is clearly confirmed. The St. Petersburg group constitutes 12,9%, and representatives of state security organs - 12,3% of deputies of the Legislative Assembly. This is less than among the hundred leading politicians. But such a decrease with decreasing power in the pyramid is predictable. For comparison, the representatives of the armed forces in the Legislative Assembly - 6,9%, which is almost two times less than the "KGB" and "Mvdeshnikov." Characterized by the emergence of a new clan group - "former athletes" - 5,8%. Against the background of Russia's failure in Olympic Vancouver, their representation in power is at least unjustified. And the special position of representatives of banking institutions and large businesses is 47,9%. The figures obtained for the cohort of the hundred leading politicians at the level of the Legislative Assembly actually coincided. Today rumors about the purchase of deputy seats in the State Duma are circulating, amounts are called ... While almost every second deputy is related to banking or business activity, that is, people at least wealthy are accusing enough of this charge to be plausible. The institution of election, therefore, does not in itself fundamentally affect the elitist recruiting model. Elections today are quite manageable. Behind their screen in modern Russia are departmental and compatriot clans. But the main thing that determines the basic principle of recruiting elites in the Russian Federation is money.

Thus, it should not be about the democratization of elitogenesis, but about the creation of filtration institutions for the selection of elites in the interests of Russia. These should be value type institutions. They will replace the current financial profile filters. In this transformation lies the path to the recovery of Russian state power.