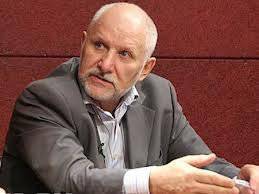 All the time pursuing a sense of duality. That fake "deafening" victory at the Universiade splits consciousness and emotion. For the victory of the country you need to rejoice, but how to rejoice, if you understand what kind of victory it is.


That country's independence day splits: from whom independence, what kind of independence? From its stories and Russian civilization (Russian) identity?

That observation of remarkable young people at Seliger, which to my question “what are the official goals of the development of the country,” answered jointly “in its destruction”. But at the same time, the President of the country, who visited the camp the next day, for some reason did not speak about this. Although, rather, nothing “of the kind” in the media simply did not leak out.

Russia from 1991 year - the year of the collapse of a large historical Russia - the Soviet Union, from 1993 year - the year of the adoption of a liberal cosmopolitan constitution in a state of civilizational, economic, cultural, social disease. Here you and anomie, and anemia, and still not so. Science, high professional potentials, qualification falls, high-tech products and equipment, computers and drones are imported for import with all the necessary bookmarks for their manufacturers. If a serious conflict happened (not with Georgia), but, for example, with NATO, all these bookmarks will work.

Why is the export of raw materials growing, and the increase in imports of engineering products, even defense products? Doesn't the country's leadership talk about this problem? He says - but does nothing on import substitution. On the contrary, they joined the WTO, which is a step in the opposite direction. On the contrary, specialists emigrate, and young people are keen to leave. Why?

So the principle of liberalism prevails - the state aside, the market regulates. So he regulates so that Russia is increasingly losing its high potentials. More precisely, this is the Russian state aside, but, for example, the American state is not on the sidelines. How much over the past 22, it has interfered in the affairs of Russia not to count. Here and loans under political conditions. Here and personnel recommendations. Here and capture information positions. There are laws and even a constitution translated from English. You can directly say that the country was governed from abroad. Before that, she managed that, according to the vice-premier, with a big conflict, the Russian nuclear missile forces would be destroyed by 90% in the first hours of the collision. And this means that the likelihood of disparity and the temptation to use it increases, the threat to the Russian people grows. But ... the market still regulates everything

No, it happens. Over the 22 of the liberal year, people in Russia are increasingly seeing the collapse of the liberal cosmopolitan model. Regarding its anti-Russian nature and nature, relative to its counter-social nature. Regarding the fact that the country is systematically degrading and its national security and national interests are still in the pen. For this reason, the process of restoring natural patriotism is gaining momentum. It is he who will eventually be responsible and dominant in the mechanisms of the country's life. It's unavoidable. Understands this and the country's leadership.

There is clear evidence of this. Appointment instead of Feldmebel business and effective Minister of Defense. Wellness processes begin in the army. One can see the threat of the degradation of the military potential so overwhelming, since they removed such a minister so rooted in the nomenclature of the roof, who, despite a billion of funds, would not be condemned in any way. The commander Swifts for several thousand condemned. A feldmebel for billions in any way. But removed - and this is a positive sign.

If under the presidency of Medvedev, Libya was simply openly and “happy to face”, then in the case of President Putin and Syria, the West simply did not succeed. However, at the same time, they broke the contract for the supply of C-300 complexes to Iran (exactly in Medvedev's style), with Russian sanctions on 4 billion, they removed military personnel from the Russian military base in Syria, and even C-300 for Syria talk is already prohibited. But the manifestation of the position is still noticeable. Step forward.

In fact, at the highest level, the fact of the fifth column in Russia is recognized, foreign agents of influence are finally defined and even the law has appeared, which is still timid, but this is also a step forward. Although about the fifth column, not only in society (NPO), but also in the big media, the government itself is not yet talking. It's time, it's time, but not yet spoken. However, this is a step forward.

But why does the liberal line continue in the economy, finance, social sphere, education, culture, science and media? After all, it is precisely the elimination of the state from these areas that Russia owes to its desovereignization and degradation. Why? Why do the clear signs of the restoration of patriotism (sovereignty) in political behavior continue to coexist with extremist liberalism? This is an obvious contradiction and illogicality? Is not it?

1. Perhaps this is because not all at once, the process is inertial and we need to wait for the offensive and on off-scale liberalism.

2. But such a situation is possible in another case. This case for us is terrible in its consequences.

If I were in the team of those who 22 of the year ruled the country from abroad in order to destroy and degrade it, I would become the biggest patriot, playing to the public to get its support in order to continue in power and destruction of the country cosmopolitan formulas. Type: Vaska listens and eats. This team needs more years of stability on 10-15 in order to completely ruin the country in its potentials. Though you call a pot, just do not plant in the stove. Yes, let them play their patriotism there, only let them continue to destroy education, the economy, finances, tear the population apart by income into classes - perhaps it will come to a revolution, the most devastating for the country is katasivia. Let them fight on the national and ethnic sides of society, let them continue to eat porn and cheap stuff in TV and war toys, let God forbid they do not control the Internet. Let be…

In fact, patriotism, as the potential of the sovereignty of the country, and not only love for the motherland, with liberalism is incompatible. For Russia it is absolutely incompatible. The game of patriotism is an effective public relations trick for reproducing the ruling group in power for an infinitely long time; this can become a real multi-layered technology to continue the destruction of the country. It has become or not - it is difficult to say for sure. Not enough information and not enough time has passed. But the fact that such a probability exists is quite definite.

None of us should play such a game when something clearly suits us from the point of view of the patriotic principle in the decision, rhetoric, and actions of the authorities. We need to ask ourselves three times if this is a game if Ulyukaev is appointed next to Shoigu (former deputy chairman of the Central Bank, appointed minister of economic development from 25.06.13), and the Central Bank’s refinancing rate is kept above the inflation index. What kind of patriotism is this if the frankly failed government is not disbanded and a competent prime minister is not selected. What patriotism is it if the income tax rate is still flat and the economy is still demonetized for trillions of dollars. What kind of patriotism is it if the USE continues to bring down the quality of school education and for several years higher education. What kind of patriotism is it when the incentives for the purchase of foreign aircraft and equipment are still valid, while the domestic civil aviation complex in paralysis. What kind of patriotism is this when the WTO is already causing multimillion-dollar damage to domestic production, giving odds only to those who lobbied for it - 75% of Russia's ferrous metallurgy are foreign owners.

PATRIOTISM - for a person - this is love for the motherland. State patriotism is a systemic matter, primarily the goal-setting of national security and national interests.

State patriotism and games of liberalism and cosmopolitanism are incompatible.

I personally look forward to change. Then I believe in high-ranking patriotism.

About the Author:
Sulakshin Stepan Stepanovich, born 1954
Doctor of Physical, Mathematical and Political Sciences, Professor
Director of the Center for Scientific Political Thought and Ideology
http://rusrand.ru/about/nasha-platforma