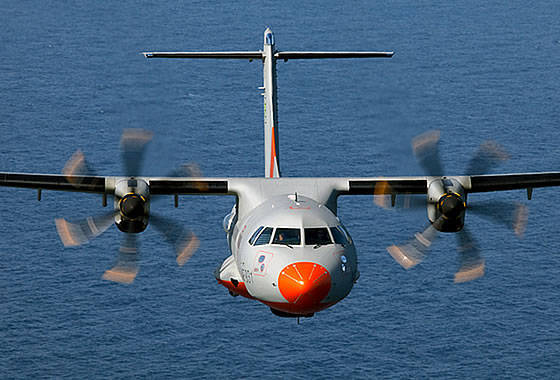 
According to Janes Defense Weekly, the Defense Procurement Board approved a program for acquiring maritime patrol aircraft in February 2012. The new aircraft will replace the 13 in service with the BN-2 Icelander of Britten Normann.

Earlier, in February 2011, the Indian Navy issued a request for information on the delivery of medium-range naval reconnaissance aircraft.

The request provided for the delivery of an aircraft capable of carrying out patrols at sea, fighting enemy ships, electronic intelligence, search and rescue operations. It must be equipped with two engines and perform tasks in adverse weather conditions with a full combat load (minimum 2 RCC) during 4 hours. The flight radius must be at least 400 nautical miles.

The MRMR should be one of the elements of the maritime aerial surveillance network. The decision to create it was made after the terrorist attack on Mumbai in November 2008. The network will cover 5422 km of the coastline of India, 1197 islands and 2,01 million square meters. km of the exclusive maritime economic zone.

Ctrl Enter
Noticed oshЫbku Highlight text and press. Ctrl + Enter
We are
Russia firmly occupies a place in the global arms market 2 and will maintain its position in the foreseeable future.Armored Vehicles Market in the Middle East in 2005-2012 and forecast for 2013-2016
Military Reviewin Yandex News
Military Reviewin Google News
49 comments
Information
Dear reader, to leave comments on the publication, you must to register.