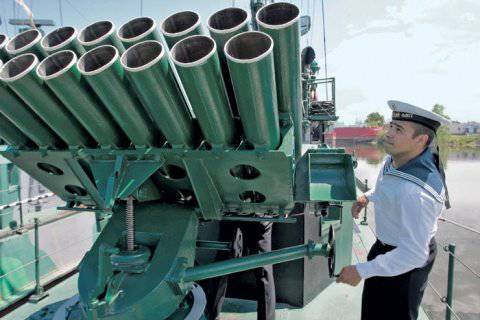 Several states are conducting naval maneuvers in the Caspian these days. At the same time, the Russian Red Banner Caspian flotilla (CCF) awaiting the visit of President Vladimir Putin has been put on high alert. A possible trip by the head of state was announced at the end of July. Sources in the Defense Ministry report that Putin’s most likely trip on one of the KKF’s warships will take place next week. When exactly - not reported. It is assumed that when visiting Baku, Putin will meet not only with the President of Azerbaijan Ilham Aliyev, but also with the head of Kazakhstan Nursultan Nazarbayev. The Russian president’s plans also include calling at the Iranian seaport of Bender-Enzeli. Although the meeting previously announced there with the new Iranian president Hassan Rouhani will not take place.


Kazakhstan and Russia launched military maneuvers in the Caspian. According to the Ministry of Defense of the Russian Federation, at the Adanak test site in Dagestan, personnel of the coastal missile division of the Caspian flotilla are working on the use of the Mobile coastal missile system (RK) "Ball". The ministry explained that, at present, missilemen are conducting classes to work out missile strikes against naval targets during deployment from the march. Then, in the course of a joint exercise with the ship's flotilla group, performing elements of a special course task, the rocket men will conduct a training session on the detection and destruction of the naval target.

These actions are highly relevant, since Putin will most likely proceed along the coastline of Dagestan in a southerly direction, and this route needs to be secure. Including the possible use of RK "Ball". The range of its defeat by means of the X-35 anti-ship missile is about 120 km.

KKF ships also have powerful weapons. For example, the patrol ship Dagestan, which entered the flotilla last year, was the first in the region to be equipped with Caliber-NK long-range cruise missiles with a range of sea and coastal targets to 300 km. Probably, it is “Dagestan” that will become the leader in the group of KKF ships accompanying the president.

It is possible that the maneuvers of the naval forces of Kazakhstan deployed in the north-eastern part of the Caspian Sea are connected with the possible visit of the head of the country Nursultan Nazarbayev to the sea. According to the press service of the Ministry of Defense of the Republic, on the open sea, the Navy servicemen "carried out an imitation of a cutter attack; weapon mass destruction, conducted a search of sea mines, carried out search and rescue activities. " All these maneuvers were part of the exercise - conducting a sea battle with a single ship. The crew of the missile-artillery ship was highly appreciated during the implementation of conditional combat missions.

The commander of the naval base, captain 1 of the rank Saken Mansurov, noted the high level of control of the ship and fire forces and said that the crews of the Kazakh Navy units are increasing the pace of combat training and are preparing for the implementation of new tasks. What exactly - is not specified. Most likely, the republican ships (like the ships of the KKF) will attract to ensure the safety of their head of state during his possible visit to the Caspian Sea.

“Despite the stated objectives of humanitarian and economic cooperation, all the Caspian countries, without exception, are increasing their naval forces in the region. And there is nothing reprehensible in the fact that Russian President Vladimir Putin plans to conduct a tour of the Caspian Sea accompanied by naval ships, ”argues military expert Lt. Gen. Yuri Netkachev.

According to the expert, the main tasks of the flotilla, which for several centuries has stood guard over the southern borders of Russia, remain to ensure the geopolitical and economic interests of the country and counter terrorism. Netkachev points to the fact that in conditions of aggravated relations with the United States and some other NATO countries, the Caspian military cooperation of the Russian Federation acquires special significance: “Including Russia is building new military relations with Iran. First time in stories The Russian-Iranian military exercises should take place this year.