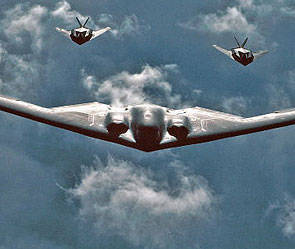 The court of the American city of Honolulu sentenced the former engineer who participated in the development of the invisible bomber B-2 to 32 years in prison. A US citizen of Indian origin is accused of selling secret military information to China.

According to the investigation, the Chinese side paid a native of India, 66-year-old Nashir Govadiya, no less than 110 thousands of dollars in exchange for information about a cruise missile created using stealth technology. Govadia received the money allegedly used to repay a loan for a luxury home on the ocean coast of Maui.

In August, Govadiya was charged with 14, including the transfer of defense information to a foreign state and violation of the export control law weapons. "He has violated the oath of allegiance to this country. He is found guilty of trading valuable technologies for his own benefit," says the decision of the district judge Susan Oka Mollow.

The prosecutors demanded that Govadiya should be sentenced to life imprisonment, but Molloway, in her verdict, took into account the advanced age and poor health of the accused, RIA reports News. The possibility of early release from Govadiya will appear when he is already under 90 years.

Govadia’s defense claimed that he transmitted open source information to China. The son of the convict has already said that his father will appeal the verdict.

Noshir Govadiya engaged in the development of nozzles for jet engines, which, due to the lower exhaust temperature, make the bomber elusive. Govadiya called himself the "father" of this secret technology.

The B-2 heavy strategic bomber, which is the most expensive aircraft in the world, was designed to break through dense air defense and deliver conventional or nuclear weapons. To ensure the "invisibility" of B-2, the cost of which exceeds 1,1 billion dollars, widely used technology "stealth".