August 12 2013
15
Skylon (Rus. Skylon) is the name of a promising project submitted by the company Reaction Engines Limited. Within the framework of this project, in the near future, a reusable unmanned spacecraft can be created, which, according to developers, can be used to carry out inexpensive and reliable space flights. A preliminary examination of this project showed that there are no constructive and technical errors in it. According to some experts, the Skylon spaceship will be able to reduce the cost of launching cargo into orbit by about 15-20 times. In recent years, the company has been actively seeking the necessary funding for the development of the project, and it seems that it has found it.


17 July, 2013, the UK government announced its plans to invest money in the development of the new SABER airborne rocket engine. For these purposes, it is planned to allocate almost 60 million pounds (about 91 million dollars). Thanks to this, the most courageous and ambitious space project of the last 10 years has received money for further work and recognition. In the case of successful work on the creation of an innovative power plant SABER, which is a hypersonic combined jet engine and is, in fact, the heart of the spacecraft, Skylon flight tests can begin at the end of this decade.

It is planned that the creation of Skylon will help to make a cheap launch into orbit of cargo weighing up to 12-15 tons. At the same time, the design of this spacecraft is such that it does not have any detachable stages, and the take-off and landing take place in an aircraft mode, which greatly simplifies the operation of the spacecraft. 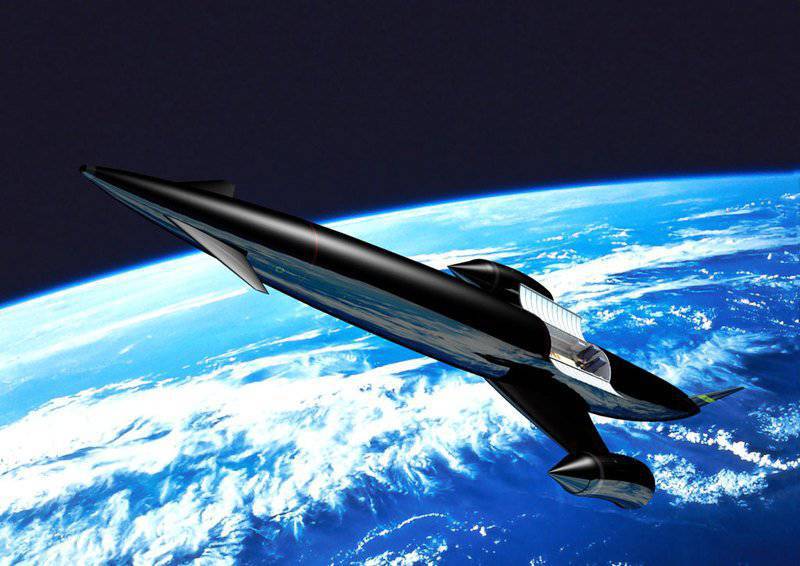 After ascent into the air from the runway, the SABER powerplant mounted on a spacecraft operates as a hypersonic ramjet. At this time, sea air under very high pressure is delivered to the combustion chamber, in which hydrogen is used as a fuel. In this mode, the engine works until the spaceship accelerates to speed in 5M, and the altitude of the flight reaches 25 km. After that, the power plant goes to work in a rocket mode, using an oxidizing agent in the form of liquid oxygen.

The principle described above can significantly reduce the amount of oxidizer on board; it also saves the spaceship from the need to reset the exhaust stages. But there is still another problem: when the engine is running in the scramjet mode, the air that is fed into the combustion chamber must be compressed to 140 atmospheres. Which, in turn, is fraught with such an increase in the temperature of the process that any of the known earth materials can not cope with this temperature and just melt.

It is this fact, until recently put an end to the creation of the combined engine. However, at the end of 2012, representatives from Reaction Engines were able to present a solution to this problem to the general public. Engineers of the British company managed to create a key element of the new engine SABER - air cooler, which enters the air intake. It is this detailed new combined engine that caused the greatest questions. 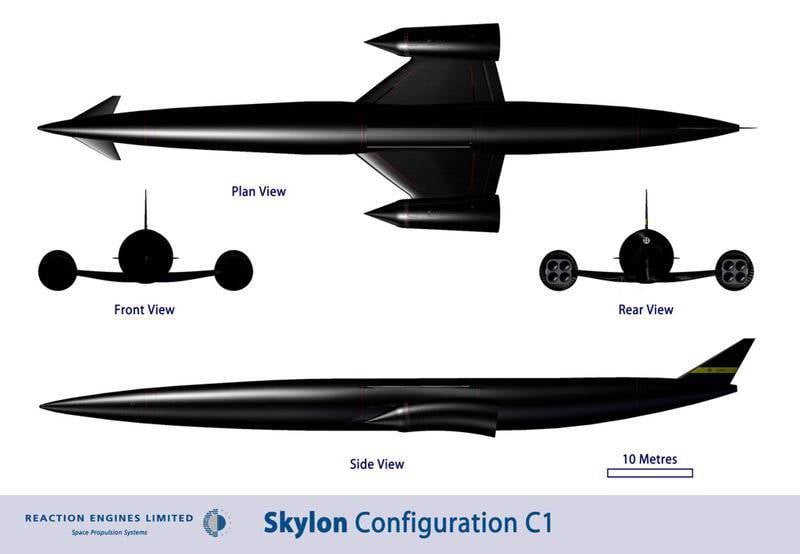 The innovative development of Reaction Engines allows you to quickly (just 0,01 seconds) to reset the temperature of incoming atmospheric air from 1000 ˚C to –150 C. It seems incredible, but the engineers were able to demonstrate a similar setup on the prototype. In the pre-cooling chamber, the English engineers used a two-stage scheme “helium gas - liquid nitrogen”. A special heat exchanger with high efficiency is really able to cool the incoming air flow to the required temperature (below the freezing point of water) in a split second. Of course, we have to admit that such heat exchangers existed before, but they had enormous size with a real plant, while the British managed to reduce them to sizes that are suitable for use on a Skylon spacecraft with a maximum length of 84 meters.

About one year ago, Reaction Engines had already reported on successful ground tests of a preliminary version of its cooler. Therefore, most likely, the “bottleneck” of the hybrid engine was overcome. Evidence of this is strong financial support from the British government. With this financial support, an English company can start building a prototype of the SABER hybrid engine, which should be ready by 2017 already.

A revolutionary, in its essence, a spaceship will be able to take off from ordinary runways, which are in any major airport. And the 2 oxygen-hydrogen engine installed on it will be able to deliver it to a height of more than 29 kilometers, and also to bring satellites into low earth orbit. According to preliminary information, the passenger version of Skylon will be able to take on not less than 24 passengers, while the spaceship will not have pilots - the engines, altitude, and thrust will be controlled using a modern computer system. This computer system will also be responsible for the transition to the rocket engine operation when the spacecraft leaves the earth's atmosphere. 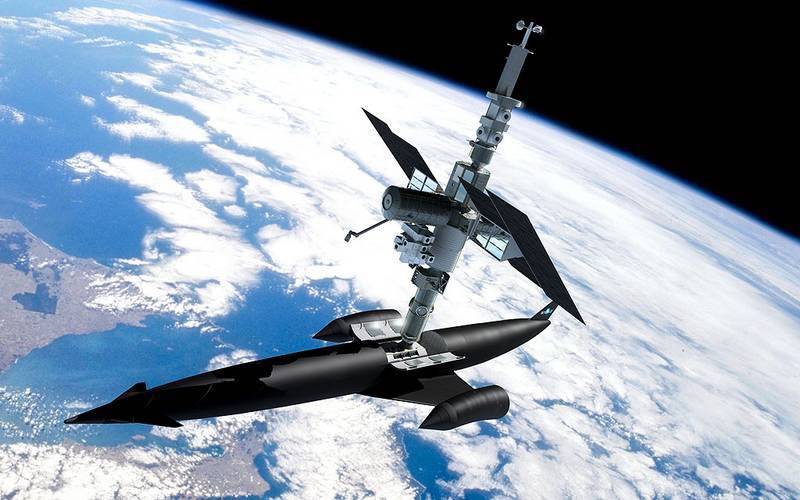 With the most perfect situation development, Reaction Engines already expects to begin the tests of the first Skylon spacecraft, which theoretically will get every chance to become a revolution in the entire space industry, in 2020's. In the future, British engineers expect to use Skylon as a transport ship that could deliver astronauts and cargo to the ISS. “Access to space today is incredibly expensive, but there are no laws of physics that say that it should be so in the future. We are well aware that now all this is a bit like science fiction, but at the same time they are firmly convinced that Skylon will be able to prove the opposite to the world by making space travel fairly accessible to everyone, ”said Richard Warvill, technical director of Reaction Engines.

Ctrl Enter
Noticed oshЫbku Highlight text and press. Ctrl + Enter
We are
Space in open accessSaber jet engine
15 comments
Information
Dear reader, to leave comments on the publication, you must to register.