August 8 2013
39
Representatives of foreign ministries are invited by the Russian Ministry of Defense to the teachings of Belarus and Russia "Zapad-2013", which will be held in September. This became known from the Minister of Defense of Russia Sergey Shoigu at the press conference on August 6 after the meeting with the head of the Italian Ministry of Defense ended. The ministerial meeting was held in Rome. 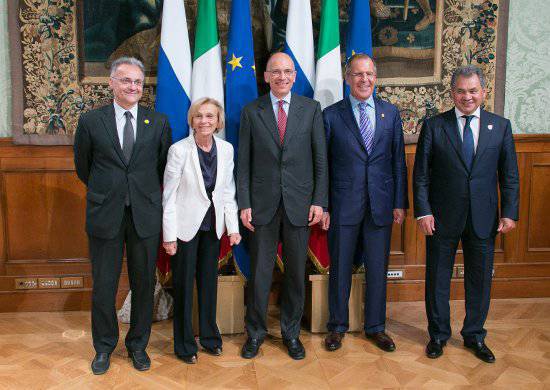 Shoigu said that there was an exchange of views on the processes taking place in the armies of the two countries. Italian "colleagues" were invited to the exercise "West-2013". Also, the Russian minister believes that in 2014, cooperation should be expanded not only by inviting observers, but also by engaging military units. Such exercises have already been planned “at sea”, units will be involved, “including mountain ones”. According to Shoigu, the experience of this kind will be useful, the interaction of departments will contribute to building confidence in Europe.

Ctrl Enter
Noticed oshЫbku Highlight text and press. Ctrl + Enter
We are
Reports from the militia of New Russia for 29 August 2014 of the year
39 comments
Information
Dear reader, to leave comments on the publication, you must to register.