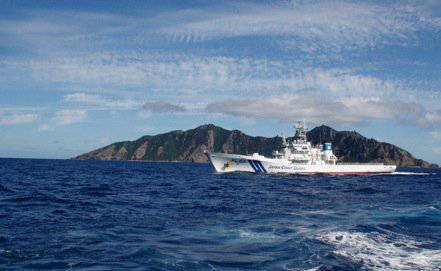 TOKYO, 8 August. / Corr. ITAR-TASS Igor Belyaev. The Ministry of Foreign Affairs of Japan today summoned the Chinese Ambassador to express "strong protest" in connection with the activity of the Chinese side near the Senkaku Islands / Diaoyu /. This is stated in the message of the Japanese Foreign Ministry.

The protest of the Ministry of Foreign Affairs of Japan is associated with the recent visits by the PRC marine police ships to the zone near the disputed islands, which Japan considers its territorial waters. So, on Wednesday, four Chinese ships entered the waters of the archipelago and are still there. “We demand the immediate withdrawal of all ships from this zone,” the head of the Japanese foreign affairs agency, Fumio Kisida, said at a press conference. “We also express our deepest indignation at the incident.”

Secretary General of the Cabinet of Ministers of Japan Yosychide Suga, in turn, noted that such "invasions of the territorial waters of Japan are completely unacceptable and deserve the deepest regret."

The territorial dispute around Senkaku / Diaoyu / between Japan and China escalated after Tokyo announced the purchase of islands from private owners in early September last year. After that, mass anti-Japanese demonstrations took place in the People's Republic of China, accompanied by pogroms. In the past few months, the sentry ships of China are almost constantly in the vicinity of Senkaku / Diaoyu / and occasionally make brief demonstrative visits to the coastal zone. Since the end of July, ships belonging to the new division of the PRC Marine Police, which was established on 23 in July this year, have already entered this area.

Ctrl Enter
Noticed oshЫbku Highlight text and press. Ctrl + Enter
We are
News bulletin: the situation around the Senkaku Islands may escalateTokyo and Taiwan launched a naval water cannon battle for the disputed islands
Military Reviewin Yandex News
Military Reviewin Google News
17 comments
Information
Dear reader, to leave comments on the publication, you must to register.