Ukraine disappears from the economic map of the world

August 7 2013
109
The welfare of the Ukrainian people is becoming a fuel burned for the further work of an inefficient economy. 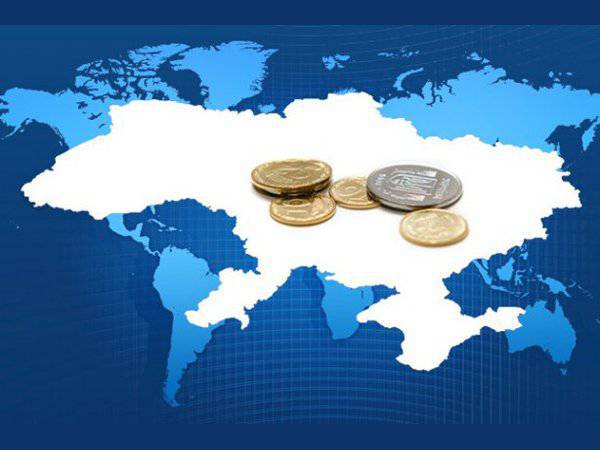 A long time ago, a few years ago, World Bank experts made a grotesque globe, where the geographical size of states did not correspond to current realities, but to their contribution to the world economy. The first aspiration of each person will, of course, be an attempt to find his own country. Yes, I will say right away, Ukraine is on it. In smaller sizes than in reality, but still there. However, this was several years ago, and the situation is changing every year. Unfortunately, in the direction of reducing the size of Ukraine on this map.

One of the relatively recent problems of the Ukrainian economy is a serious gap between the volume of exports and imports. According to the WTO rating, our country imports goods to 85 billion dollars (24 is in the world), and exports to 68,5 billion dollars (37 is to place). However, in the government even this question is viewed from an optimistic position. Say, the gap between imports and exports in the 2013 year is gradually reduced. This is true, but there is a nuance. Reducing the gap is not due to the fact that the export has grown. No, it is falling, but import figures are falling even faster. What is behind this trend?

The decline in imports was achieved, first of all, by reducing the supply of energy resources to the country. Thus, purchases of natural gas decreased by 27%, coal - by 37%, oil imports decreased by 6 times. This would be a great achievement if the rejection of imports was accompanied by an increase in domestic production. However, there is no growth.

Coal and oil production fell by 7%, while gas production, although increased, was only 0,7%. According to the laws of physics, energy does not appear from nowhere and disappears into nowhere. If the country has less energy, then they consume less. Indeed, there is a continuous process of production decline - oil refining decreased by 43%, electricity generation - by 4%. At the end of June, the decline in metallurgy was 7%, in machine building - 10%, in the chemical industry - 22%. Only the agricultural sector (thanks to a good harvest!) Continues to show growth, in fact, keeping the domestic economy afloat.

Thus, the situational improvement of the trade balance is a gradual reduction in the export production base of the country. Before our eyes, Ukraine is losing what has been the basis of our economy throughout the entire period of independence. Let it be an industry with low levels of redistribution, producing semi-finished products and raw materials. But at least she was. Now this industry is dissolved in global competition, condemning Ukraine to a further gap between production capacities and consumption needs.

The imbalance between exports and imports is not a perpetual motion machine, the economy cannot work in this mode all the time. If the money is washed out of the country, then there must be some kind of compensation mechanism. And it exists. First, the people are objectively getting poorer. His wealth, his savings become fuel, burned for the future work of an inefficient economy. Secondly, there is credit pumping. The country is turning into a drug addict, completely dependent on the will of other states and international financial organizations.

The problem is even more aggravated in the context of the possible accession of Ukraine to the Free Trade Area with the EU. Using that period, while we are still being lent money, European manufacturers, having gained access to the Ukrainian market, will rush to sell their goods here. Ukraine will pay for them with loans received from the same Europeans. What will entail a further increase in imports with the final crowding out of the domestic producer. And this will continue until we are "gutted", like many countries before Ukraine. Argentina, which such a financial policy at the beginning of 2000's brought to the most severe crisis and looting on the streets, is the most well-known example.

Although the facts speak for themselves, I still don’t want to believe that the country's leadership is seriously ready to go on maintaining power at such a price. This is not only a question of sovereignty. With such a policy, we risk disappearing from the world map - first as an economic value, and then politically.

Ctrl Enter
Noticed oshЫbku Highlight text and press. Ctrl + Enter
We are
Sergey Kurginyan: The meaning of the game - a report on the WTOWhat is the WTO and what is it eaten with?
Military Reviewin Yandex News
Military Reviewin Google News
109 comments
Information
Dear reader, to leave comments on the publication, you must to register.