How to throw off the US world tyranny 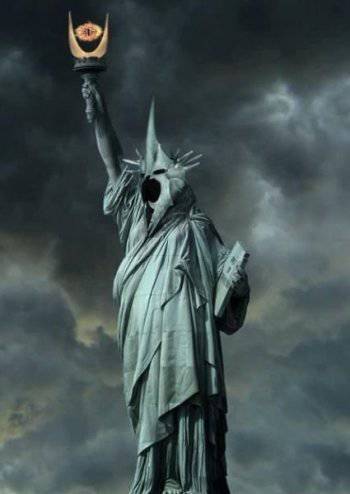 Maybe you think that the best way to quarrel with the United States is to invite you to meet with President Beny Ladin or to sell the Taliban "Needle"? You're wrong! There is a better way: to pay off all the debts of the United States and international organizations controlled by the United States. Here, make sure. If anyone remembers, the CMEA had its own country - dissident - Romania. And for the time being she was a favorite of the USA in the CMEA.


“In the 1960s, towards the end of the reign of Gheorghe Gheorghiu-Deja (leader of socialist Romania until 1965 year - Ed.) And in the first years of the reign of Nicolae Ceausescu Romania, became the most open country in the socialist camp. Political prisoners were released, the atmosphere of freedom reigned in culture and art, censorship was abolished. Then many intellectuals joined the Communist Party.

Romania’s condemnation of the Soviet invasion of Czechoslovakia in 1968 greatly increased the popularity of Ceausescu. He refused to break off relations with Israel. Romania was the first of the socialist countries to establish relations with Germany, continued to be friends with China. Western leaders came to Bucharest - the German Willy Brandt, the Frenchman Charles de Gaulle, the American Vice-President Richard Nixon. Foreign capital began to flow into the country: Renault began producing Dacia cars in Pitesti, Citroën - Oltsit in Craiova; Americans came with computer science, Italians with tractors ...

And then Ceausescu became interested in Korean and Chinese models, and the cult of his personality began to grow. Since the beginning of 1980, when he decided to pay all foreign debts, the situation in the country has deteriorated sharply. The import was stopped and the export growth of energy carriers, foodstuffs was boosted. ”

For the time when Ceausescu paid off the external debts of Romania.

“Back in the distant 1999, I worked at a conference of former foreign ministers. Something average between the secretary-referent-translator. Along with Tariq Aziz, who hit me then, I remember Adrian Nastasa, who very simply answered my question “why did Ceausescu were killed”. He said (I don’t convey it literally, but the general sense): because he gave all the debts of Romania to Ceausescu and Romania did not owe anything to the capitalist countries. This is how it is. Because you don’t want your country to owe it, they are killed. ”

leteha correctly noticed the trend, but unclear accents. He can understand that as soon as Ceausescu finally paid off all the debts, he no longer needed the United States (they say he has already returned all the money) and started conspiring against him that ended with the murder of him and his wife. And you think about why amer dollars, which they gave to Ceausescu, and which he returned to them when they print them?

That is why they were given them so that they could not be returned. That is, it was given in order to make it dependent. And Ceausescu threw their dollars in their face! Well, is he not an enemy of freedom and a bloody tyrant?

By the way: and Milosevic was made the enemy of humanity when he took practical steps to clear Yugoslavia from debt dependence.

I already wrote that amers do not believe in the ideological of someone else but themselves. They do not need ideological allies. They need mercenaries. We pay you - you work for us! That is why they entangle the state with debts, and even better - the leaders of these states. (Leaders cost less than states). And so the first way to quarrel with amers is either not to take money from them, or to pay off debts. This amers perceive as an attempt on the very foundations of Pax Americana. And try not to allow any means. Immediately in the bloody dictators will be recorded. Because leaders come and go, but debts should always be! The debts of all US countries are the foundations of American politics. They legitimize interference in the internal affairs of states.

And if there is no debt, so, now do not interfere in your internal affairs? H ... p in the bag! If you do not want to intervene with respect for decency and legitimate, then the intervention will take illegitimate forms. How are you with human rights? Are minorities satisfied with everything?

Do you think that Putin was recorded as an enemy of freedom when he reintroduced troops into Chechnya? Or when put Hodor? No matter how wrong! This then he put it all the blame. As an excuse. If you closely followed the media in the last 10 years, you should have noticed that the rolls on it went when it became clear that Putin would really pay off the sovereign debts of the Russian Federation. And so the US will lose its leverage on Russia.

And many other heads of state fell into bloody dictators when they tried to free themselves from debt to the West. This is what you have to keep in mind when you see how the righteous wrath of the United States (and the PR of the pro-American media) hits the country or its leaders.