Why does Pogosyan’s tail spin the rest of the dog? 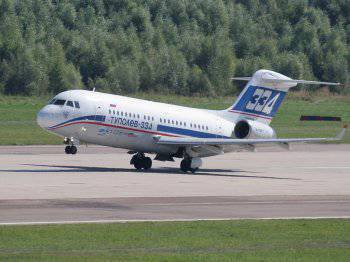 Dmitry Rogozin instructed the Ministry of Industry and Trade together with the United Aircraft Building Corporation (UAC) to prepare a report on the development strategy of this corporation. August 14 The Military-Industrial (MIC) Commission at the Government of the Russian Federation will consider the problematic issues of the production of civil aircraft in Russia. I wonder what the president of the KLA, Mikhail Pogosyan, will offer at the military industrial complex? Will he carve himself like a non-commissioned officer's widow? It is doubtful that Pogosyan settled in the UAC for a long time, he already attached his son to the case, made him the senior vice president of Sukhoi Civil Aircraft CJSC.

Just a week ago, Deputy Prime Minister Dmitry Rogozin, at a meeting in the government on civil and military aircraft industry, made several landmark phrases:

- Despite all the measures taken, the civilian market aviation in the Russian Federation is largely lost by our industrialists, our industrialists. We will not remember why this happened, all the time nod to the past, but the fact remains - until 80% all aircraft operating on civilian lines within the country are of foreign manufacture. Situation intolerable;

- It is urgently necessary to return the prestige of design offices, those design stamps that had national and international importance. These are such national drivers - Tupolev, Sukhoi, MiG, Yakovlev and other well-known brands, now it is not clear how they are pushed to the back, which are now being replaced by incomprehensible abbreviations that are completely faceless and tearing apart the tree of a single generation of design ideas of Russia.

To understand what is happening in the industry that the Pogosyan & Sons group has “privatized”, met with one of the oldest employees of Tupolev OJSC Vladimir Ivanovich Skrynnik. He is a specialist in aircraft control systems. Former pilot, after the accident he returned to aviation as an engineer and 43, gave the Tupolev company. Introducing himself, he said:

- I created the 21 system for a wide variety of aircraft. And when TsAGI reported: “we made brains for the Superjet, I was surprised. The half of these “brains” was made by V.M. Razumikhin, well, part, of course, mine. The theft is on, but I don’t feel sorry - I’m creating control systems not for myself, but for aviation.

Vladimir Skrynnik considers the general designer of Alexander Yakovlev to be the prototype of Pogosyan in the domestic aircraft industry. He is also a great writer, advertiser and a person close to power. He was never invited by Tupolev to any events, from birthday parties to celebrations on the delivery of new equipment. Yakovlev, in order to push through the Yak-42 series, a whole operation was carried out with access to L.I. Brezhnev through his former personal pilot and Minister of Civil Aviation Boris Bugayev. And Skrynnik remembers something else:

- I was shown how the Yak-40 was sold abroad. He stands in the hangar stripped "Yak", chairs and avionics - aside, the engines removed. Almost naked glider with chassis. That's what the capitalists and bought in Europe, put their engines, electronics, beauty. Doesn’t it really remind you of the “Superjet” collected from the world?

At MAKS-2009 Pogosyan was extremely important to present the plane to its main curator - V. Putin. "Superjet" took off and disappeared. Then they announce - sat down. The aircraft itself is not visible. To divert attention quickly organized ostentatious release of hostages with the participation of helicopters and special forces. And under the guise of "Superjet" quietly rolled into the parking lot. It happened - on the plane did not work reverse engines and brakes. It is good that in Zhukovsky the runway is almost 5 kilometers long.

21 July 2013 at the airport in Keflavik (Iceland) on the “Sukhoi Superjet 100” aircraft was not lucky - landing on the belly. This is how Igor Vinogradov, First Vice-President for Quality and Certification of CJSC GSS, spoke about this on the air of Finam FM radio station:
- The plane landed with landing gear, then broke the trajectory and went to the second round. Naturally, the chassis began to clean up. At that moment an incident occurred. The chassis and the plane worked perfectly nominally ... We will understand the reason why, after cleaning the landing gear and putting the plane into climb mode, we did not succeed in catching the engine.

A survey of experts and even aircraft designers gave reason to think - was everything normal? Perhaps summed up the lack of power at the power plant. The Russian-French engine SaM-146 is rather weak for the 3,5 weighted tonnes of aircraft. It also has an innate propensity to surge. Or did the imported “computers” of the aircraft show a temper and for moments (which was enough to fall) hang?

The specialists of Tupolevskaya’s company generally have their own point of view - it would be better if the Sukhoye did their work and built combat aircraft. Without a school of designing civilian cars, they absolutely in vain contacted the design of an airliner, albeit a small one. It is known that in civil aviation in the first place security, and the economy in the second.

In the military aviation company "Sukhoi" looks royally. But there are crew rescue facilities. Still, every step-up plane presented surprises. They fought on the tests, then, when a new technique with "childhood diseases" was transferred to the troops. For years, they have gotten rid of these diseases. Only over time, combat vehicles became almost unfailing. And designers of fighters and bombers are used to this.

The School of Civil Aviation implies that with passengers on board it is a crime to treat “childhood diseases”. But the leaders of the KLA and the GSS do not hesitate to talk about the "childhood diseases" of the "Superjet" and even receive billions from the state budget for them. In addition, the presence in the "Superjet" of many imported units and components significantly complicates the development of the aircraft - to many of what is installed on the ship, our engineers have no right to touch. Including climb into the most responsible, hot part of the engine, which is made in France.

Pogosyan in MAI was taught to design masters. But he apparently did not finish. Tupolev, Antonov, Ilyushin people will never give out a plane with such a crowd of "childhood diseases." The security chain is very long. The associates, designers, technologists, materials scientists ... But the last link is the crew. The task of the designers is to ensure that the aircraft does not go beyond the uncontrolled aerodynamic characteristics and reduce the load on the pilots. And the old designer Skrynnik adds:

- The fashion came to save on the crew. On the western liners, the flight engineers were removed, the crew became a two-member. And I, by virtue of the profession, analyze the accident and disaster. And I see that an extra pair of eyes is needed in a difficult situation. Many accidents in the presence of a flight engineer in the cabin simply would not have happened.

NPO Rodina OJSC specializes in the design of hydraulic systems for aviation. It is located on the Red Presnya. Now the upgrading of systems for the strategic missile carrier Tu-160 is carried out by the specialists of the Motherland in a rented outhouse at the former own enterprise. But there banks, restaurants and bars feel at ease. That is, the pests from ministries and state-owned companies sell their motherland in bulk and with impunity. And the neighboring factory "Rassvet", which now also "breathes its last," is obliged to mass-produce these systems.
Tu-334 never competed with the "Superjet"

Pogosyan shouldn’t bend his cheeks - he won the tender for a new regional airliner in a fight not with Tu-334 (102 places), and with Tu-324 (50 passengers). And beautifully drawn "Superjet" at the competition represented a regional aircraft on 50 seats. Tu-334 had already flown by that time, was certified and was in a completely different niche.

Tu-324as a plane, the competition won, moreover, it was great ahead of the “Superjet” in readiness, even the factory documentation was completed. When working on Tu-324 for the first time in Russia, an electronic model of the aircraft was created on the basis of PDM technologies.

But the palm was given to M. Pogosyan. He promised not to shake money from the state, but to build a new regional plane at the expense of extra-budgetary financing of the project. It was later, by virtue of the design "successes" and managerial talent, Pogosyan's airplane transferred to himself and sucked all the budgets of the aviation industry. Gradually he grew, gained fat, weight, and became a competitor with 98 passengers. Tu-334. Not in terms of design quality, but in terms of passenger capacity.

The people of Poghosian are placed in key places everywhere. Who is in command now? - Vladimir Ivanovich asks a question and answers himself:
- Alexander Bobryshev from Irkut. Pogosyan's Trojan Horse. Now everything is being done to avoid the Tu-214, Tu-204CM (a lot of money, by the way, has been pushed into the modernization and certification of the aircraft). The fifth column of Pogosyan taxis at the base Tupolev aircraft factory in Kazan - Bobryshev, in parallel, was appointed the general director of KAPO named after S.P. Gorbunova. The guide is not Tupolev, but "vprotymotrya".

Long-haul Tu-204-300 shows better results than A-320. Provides direct flights from Vladivostok to Moscow and St. Petersburg. So what? Plants are forbidden to take orders for him, to produce parts. There is one reason - Pogosyan and the company do not allow to work. Therefore, the whole team of Tupolev engines went to work at Irkut. In the same place on topic MC-21, Tupolev specialists in chassis and aerodynamics appeared.

Now, where you don’t go in, everything belongs to Marquis Carabas - Senor Pogosyan. Where are the pilot plants, experimental base? And we were thrown a bone, left a distant aircraft. I am happy for the Ukrainian engine and aircraft builders: they are not part of the KLA, which means they have a future. I once told the chief designer of the Tu-334 Igor Kalygin, when he was shining, was full of hope: “As long as the KLA exists, the Tu ‑ 334 series will not happen.”
In December last year, Tupolev arrived in Pogosyan to inspect the property. What was going on! The route was laid to him so that, God forbid, he did not get to Kalygin. These Tupolev Tu-334 roads for many reasons, including this:

- We did it in the absence of normal funding, hungry, cold. The company had no sewage, no salary, disconnected electricity. Tests and certification passed two machines instead of four.

For the kind of money that they threatened the Superjet, the stick can be taught to fly. We would have been given a part with Ilyushins, we would have shown decent cars.
The sentence of the KLA, Vladimir Skrynnik, has long been pronounced:

- So that we can develop, so that the Tupolev machines, the Tu-334, fly, there is only one way out - to withdraw Tupolev OJSC together with the KAPO aircraft factory from the UAC. And we will figure it out with President Bobryshev ...

Ctrl Enter
Noticed oshЫbku Highlight text and press. Ctrl + Enter
We are
Corporation and CompetenceWhy Pogosyan's tail turns the rest of the dog - 2
189 comments
Information
Dear reader, to leave comments on the publication, you must to register.